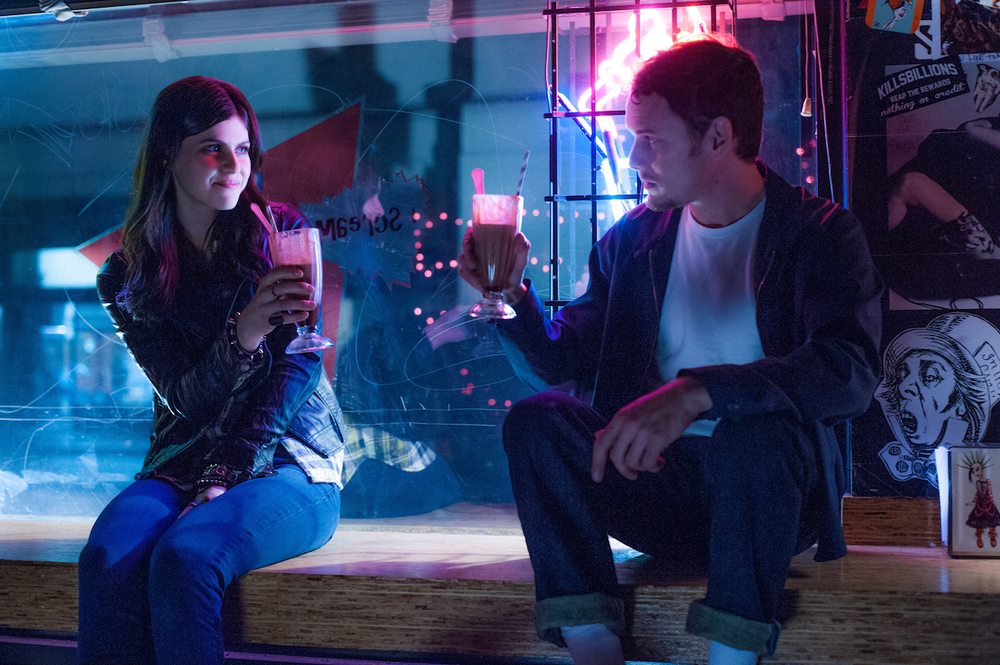 Check out the trailer for BURYING THE EX, the horror comedy from renowned director Joe Dante which premiered at the Venice Film Festival. Written by Alan Trezza (TV’s “Sanctuary”), and starring Anton Yelchin (ODD THOMAS, FRIGHT NIGHT), Ashley Greene (TWILIGHT) and Alexandra Daddario (TV’s “True Detective”), the film will be released in theaters on June 19.

BURYING THE EX follows Max (Anton Yelchin), an all-around nice guy, and his overbearing but incredibly beautiful girlfriend, Evelyn (Ashely Greene). Their relationship takes a nosedive after they decide to move in together and Evelyn turns out to be a controlling, manipulative nightmare. Max realizes it’s time to call it quits, but there’s just one problem: he’s too afraid to break up with her. Fate steps in when Evelyn is involved in a freak accident and dies, leaving Max single and ready to mingle. Several weeks later, he has a chance encounter with Olivia (Alexandra Daddario), a cute and spirited girl who just might be his soul mate. But that same night, Evelyn returns from the grave as a dirt-smeared Zombie and she’s determined to live happily ever after with Max …