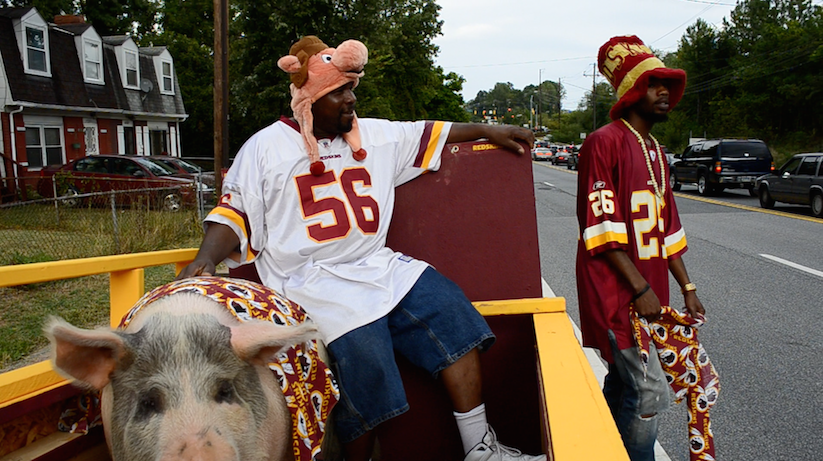 Joseph Frank and Zachary Reed won the Best Feature Film award, as well as the Grand Chameleon Award for Sweaty Betty (pictured above) at the 2015 Brooklyn Film Festival which wrapped up on Sunday with a gala evening at new BFF venue, the Wythe Hotel.  Alison Bagnall’s Funny Bunny nabbed two awards, best actor for Olly Alexander (shared with Ágúst Örn B. Wigum for Whale Valley) and Best Editing, for Kentucker Audley, David Barker, and Caleb Johnson.

“We’re so pleased with this year’s festival,” said Director of Programming Bryce J. Renninger. “The films, filmmakers, audiences and sponsors all truly exemplify the diversity and spirit of Brooklyn and we look forward to the BFF continuing to be a vibrant part of Brooklyn’s cultural landscape.”

This year we brought more filmmakers with their first or second film to New York audiences than ever before. We staged the festival in all new venues and neighborhoods, and it proved to be a great success,” said Marco Ursino, BFF’s Executive Director. “After 18 years, the festival feels as fresh as ever.”

This year’s event screened 108 features and shorts from 26 countries and over 70 filmmakers attended, performing Q&A sessions after their screenings, supporting the work of other artists, and attending the festival’s various panels and parties.

Best Short Subject: Bartek Konopka for From Bed Thou Arose

Best Short Documentary: Danya Abt for Eric, Winter To Spring

Best Documentary: Florian Schewe and Katharina Von Schroeder for We Were Rebels

Audience Award in the Experimental Film Category: Clayton Allis & Alfie Lee for In the Future Love Will Also

Audience Award in the Narrative Short Category: Daisy Zhou for How to Be a Black Panther

Audience Award in the Short Documentary Category: Sean Ryon and Lea Scruggs for Born Into This

Audience Award in the Documentary Category (tie): Neal Broffman for Help Us Find Sunil Tripathi and Alexandria Bombach and Mo Scarpelli for Frame by Frame

Audience Award in the Feature Length Narrative Category: Ryan Carmichael for But Not for Me

Spirit Award in the Narrative Short Category: Graham Chychele Waterston for And It Was Good

Spirit Award in the Documentary Category: Alexandria Bombach and Mo Scarpelli for Frame by Frame

Spirit Award in the Animation Category: Melissa Johnson and Robertino Zambrano for Love in the Time of March Madness

Spirit Award in the Feature Category: Vinko Moderndorfer for Inferno

Original Score: Rafael Leloup with Ryan Carmichael, Marcus Carl Franklin Quazzy Faffle and Elena Urioste for But Not for Me