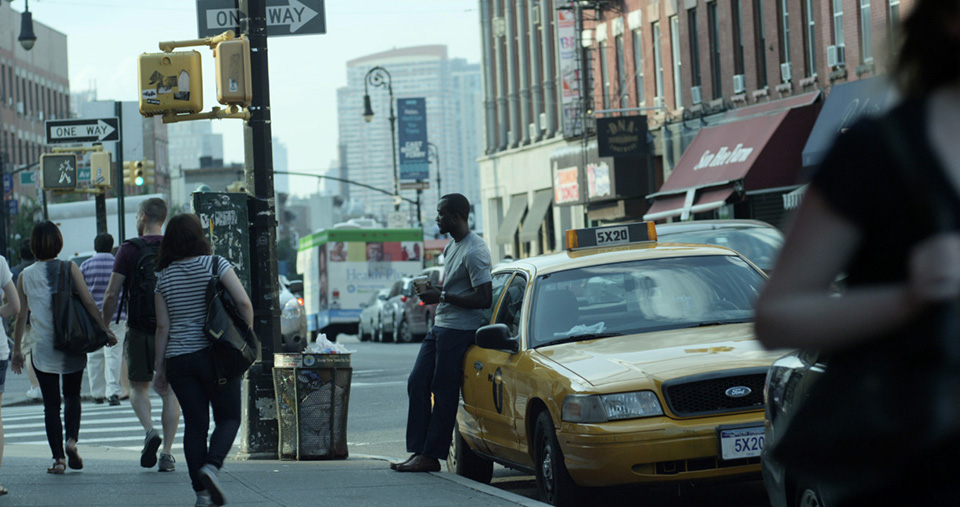 “Our mission includes connecting filmmakers with the industry so we are grateful to our jurists for lending their time and expertise,” said Stephanie Allain, Festival Director. “Congratulations to all the winners!”

The U.S. Fiction Award went to Takeshi Fukunaga for Out of My Hand (pictured above), which made its North American Premiere at the Festival.

The World Fiction Award went to Beata Gårdeler for Flocken, which made its North American Premiere at the Festival.

The Documentary Award went to Mo-Young Jin for My Love, Don’t Cross That River, which made its North American Premiere at the Festival.

The LA Muse Award was given to Delila Vallot for Can You Dig This, which had its World Premiere at the Festival.

The inaugural Nightfall Award went to Viet Nguyen for Crush the Skull, which had its World Premiere at the Festival.

Also newly established this year, the Zeitgeist Award was given to Bradley Kaplan for Stealing Cars, which also had its World Premiere at the Festival.

Also announced during the Festival at the Film Independent Fast Track finance market were two Alfred P. Sloan Grants given to films that engage with science and technology themes and characters. The Alfred P. Sloan Fast Track Grant was awarded to writer/director Elena Greenlee and producer Márcia Nunes for their project Dark Forest. The grant includes a $20,000 production grant and year-round support from Film Independent. Film Independent’s inaugural Alfred P. Sloan Distribution Grant was awarded to Michael Almereyda’s Experimenter, produced by Uri Singer, Fabio Golombek, Isen Robbins, and Aimee Schoof. The filmmakers will receive $50,000 in funds to support the release of the film, which will be released by Magnolia Pictures in October.

This year marked the second year of a special collaboration with Funny Or Die for the Make ’em LAFF internet talent competition to discover content creators of color and underrepresented voices who specialize in comedy. The winner was selected by a jury comprised of comedians Jason Mantzoukas (Kroll Show, Parks and Recreation), Beth Stelling (@midnight, Jimmy Kimmel Live!) andRon Funches (Kroll Show, Undateable) as well as Film Independent curator Elvis Mitchell. The winner is Marisha Mukerjee’s Open House. Marisha will have her next video produced by Funny Or Die.

The Los Angeles Film Festival kicked off on Wednesday, June 10 with the LA Premiere of Paul Weitz’s Grandma and will close tomorrow with a Live Read of Fast Times at Ridgemont High directed by Eli Roth. Gala Screenings included the World Premiere of the new television series Scream, Todd Strauss-Schulson’s The Final Girls and Benson Lee’s Seoul Searching. The 2015 Los Angeles Film Festival Guest Director was Rodrigo García; the recipient of the Jaeger-LeCoultre Glory to the Filmmaker Award wasGale Anne Hurd, this year’s Spirit of Independence Award was bestowed upon Lily Tomlin. The Los Angeles Film Festival is a qualifying festival in all categories for the Film Independent Spirit Awards and for the Narrative and Animated Short Film categories at the Academy Awards.

The LA Muse Jury awarded a special mention to Elsa Biedermann for her role as a supporting actress in:
French Dirty, directed by Wade and Jesse Allain-Marcus
Screenwriters: Peter K. Hagen, Wade Allain-Marcus
Producers: Jason Wolf, Mel Jones
Cast: Wade Allain-Marcus, Melina Lizette, Arjun Gupta
Film Description: After committing the carnal sin of sleeping with his best friend’s girlfriend, Vincent must deal with the consequences of his betrayal and hope that his bond with his brother-from-another-mother can withstand the blow. World Premiere

Award for Best Short Film
Winner: Drama, directed byTian Guan. USA.
Film Description: A young couple who are having sex in a car but they realize that there are no more condoms left…

This award is given to the fiction feature audiences liked most as voted by a tabulated rating system. Select fiction feature-length films screening in the following sections were eligible for the Audience Award for Best Fiction Feature: U.S. Fiction, World Fiction, Zeitgeist, LA Muse, Nightfall, and Premieres.

Winner: Be Here Now, directed by Lilibet Foster
Producers: Lilibet Foster, Sam Maydew
Featuring: Andy Whitfield, Vashti Whitfield
Film Description: After landing the lead role in Spartacus: Blood and Sand, Andy Whitfield learns he has non-Hodgkin lymphoma. Armed with resilience, courage and the adoration of his family, he prepares for the battle of his life. World Premiere.

This award is given to the short film audiences liked most as voted by a tabulated rating system. Short films screening in the Shorts Programs or before feature films in the Festival were eligible for the Audience Award for Best Short Film.

Audience Award for Best Web-series
Winner: The Genderton Project, directed by Anna Martemucci, Victor Quinaz
Description: A modern group of young gay men head to Palm Springs for a gay wedding weekend, when their story is interrupted by the tale of a 1960’s Pasadena housewife whose life is anything but a piece of cake in this gender-swapped comedy.

Flocken Out of My Hand

A MURDER IN THE PARK, Wrongful Conviction Doc with Twists and Turns, Set For Release on June 26th | TRAILER