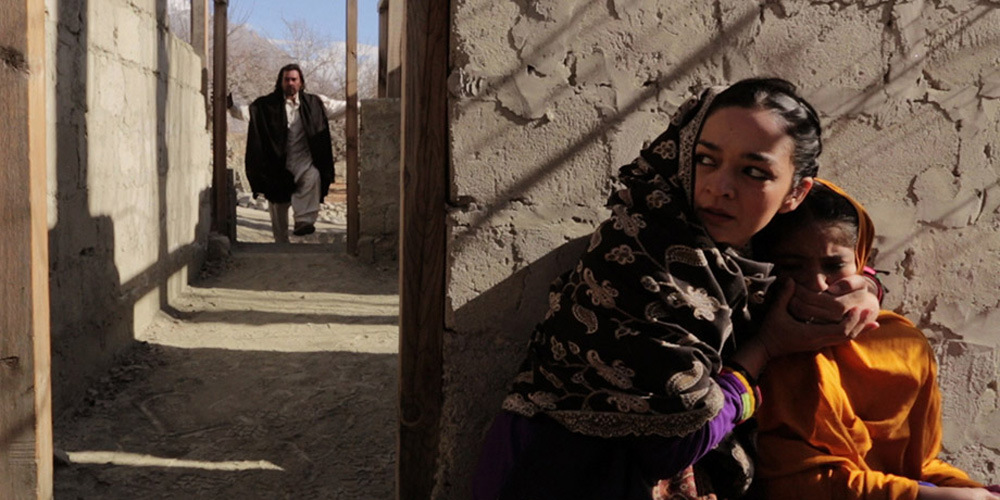 DUKHTAR (Daughter), a film written, produced and directed by Afia Nathaniel, and Pakistan’s Official Submission for Foreign Language Film at the 87th Academy Awards, will open in New York at Cinema Village on October 9, and in Los Angeles at the Laemmle Music Hall on October 16. The opening weekend of DUKHTAR in New York will coincide with the International Day of the Girl Child and will feature special Q+As after the screenings. A national release will follow.

In a village in Pakistan, a young mother Allah Rakhi (Samiya Mumtaz) kidnaps her ten-year old daughter Zainab (Saleha Aref) to save her from a child marriage. Pursued by her husband’s family and the groom’s henchmen, they escape onto the open mountainous highway where seeking help Allah Rakhi convinces a reluctant Sohail, (Mohib Mirza) a cynical ex-Mujahid truck driver, to take them on-board. Described by Variety as “Crisp Grandeur”, the film unfolds against the surreal landscapes of northern mountainous Pakistan all the way to the vibrant city of Lahore as the deadly hunt for mother and daughter intensifies.

Shot in 30 days in below freezing conditions mostly in the disputed territory between Pakistan and India with more than 200 extras, and chase scenes filmed on the world’s highest altitude roads, helmed by a first-time female director-producer with an all-male crew of 40 men, this feminist road-trip movie has created history in the fledgling independent film industry of Pakistan.

Director Afia Nathaniel says, “The seed of the film is inspired by the true story of a mother from the tribal areas of Pakistan who kidnaps her two daughters and seeks a new future for them. The story resonated with me deeply because in Pakistan, I come from a humble family of very strong women, women who have endured extremely tough lives in hope of a better one for their children. So while studying Film Directing at Columbia University in New York, I penned a fictional screenplay for this road-trip thriller. The mother’s journey into the unknown would raise important questions about the price we are willing to pay for freedom, dignity and love in a time when modernity, tradition and fundamentalism have come to a head. In the ten years that it took me to make this film, I became a mother to a daughter myself and the issue of child marriage became even more personal. Every year, around the world, nearly 15 million girls lose their childhood to marriage and for me this is an unacceptable reality. And so the determination to make the film and have it seen by audiences never left me.”