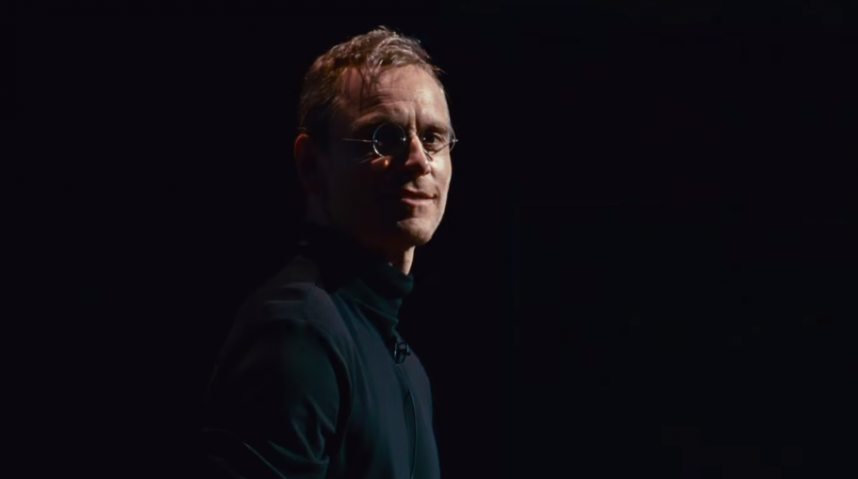 Spanning a period of 14 years between 1984 and 1998 the story is built around three seminal product launches — of the Macintosh in 1984, the NeXT ‘Cube’ in 1988 and the iMac in 1998 — and it uses this innovative structure to create a cross-hatched portrait of Jobs’ life and to tell the story of the new mass-market technologies that have revolutionized how we communicate with one another.

Director Danny Boyle, says: If London was the cradle of the Industrial Revolution then San Francisco is the Bethlehem of the digital one. We had a brilliant time making this movie in Silicon Valley and I hope Londoners will enjoy a behind-the-scenes look into the making of the modern world. It’s always special to bring work home so thanks to BFI London Film Festival for their continued support.

In addition to Fassbender and Winslet, the film stars Seth Rogen as Steve Wozniak, the co-founder of Apple, and Jeff Daniels as John Sculley, the former Apple CEO. The principal cast also includes Katherine Waterston as Chrisann Brennan, Jobs’ ex-girlfriend, and Michael Stuhlbarg as Andy Hertzfeld, one of the original members of the Apple Macintosh development team.

The 59th BFI London Film Festival runs from Wednesday 7 October to Sunday 18 October 2015. The full program for the Festival will be announced on Tuesday 1 September 2015.