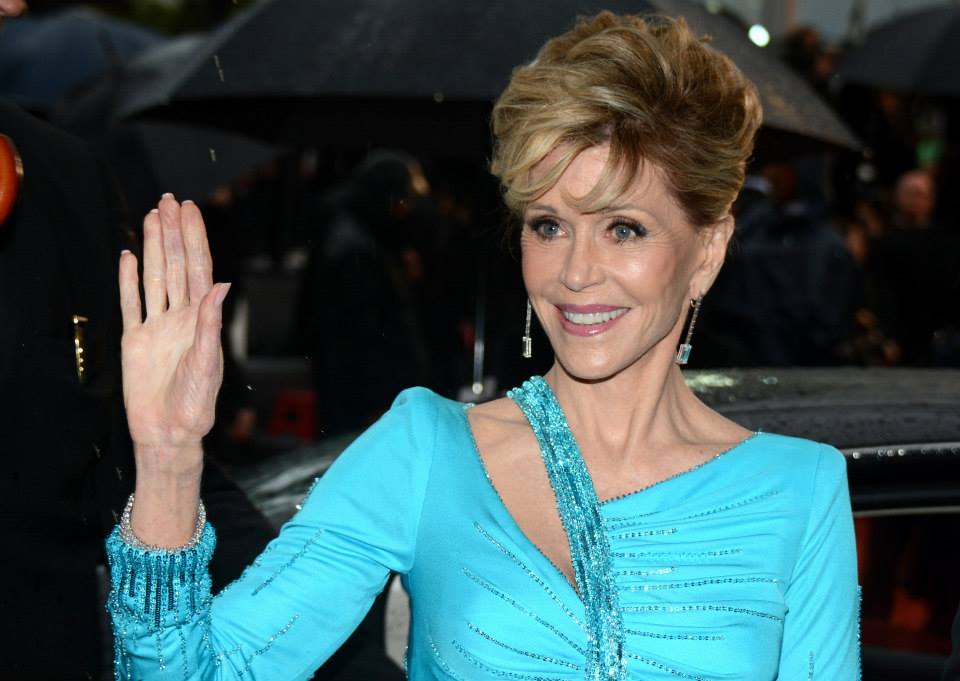 The Santa Barbara International Film Festival will honor actress Jane Fonda with the tenth annual Kirk Douglas Award for Excellence in Film. The award will be presented at a black-tie Gala dinner at Bacara Resort & Spa on Saturday, October 3rd, 2015.

Jane Fonda is a two-time Academy Award® winner, a three-time Golden Globe® winner, an Emmy Award winner, and was the 2014 recipient of the AFI Life Achievement Award. She will next be seen in Fox Searchlight’s critically acclaimed feature, YOUTH, which debuted at the Cannes International Film Festival, and will be released in the United States on December 4th. Written and directed by Paolo Sorrentino (director and co-writer of Italy’s Academy Award® winning Best Foreign Language Film The Great Beauty), the film explores the lifelong bond between two friends vacationing in a luxury Swiss Alps lodge as they ponder retirement. In addition to Fonda, YOUTH stars Michael Caine, Harvey Keitel, Rachel Weisz and Paul Dano. Fonda also stars in Netflix’s GRACE AND FRANKIE, currently filming for its second season.

Since 2006, the annual Kirk Douglas Award for Excellence in Film has been awarded to a lifelong contributor to cinema through their work in front of the camera, behind, or both. Past honorees include Jessica Lange, Forest Whitaker, Robert DeNiro, Michael Douglas, Harrison Ford, Quentin Tarantino, Ed Harris, and John Travolta

Funding from the Gala will go to support the many educational and community programs hosted by the Santa Barbara International Film Festival such as Mike’s Field Trip to the Movies, the 10-10-10 Mentorship program and competitions, the Film Studios Program, Apple Box Family Films and the festivals new initiative to be launched this summer, Film Camp. The 31st annual Santa Barbara International Film Festival will take place from Wednesday, February 3rd through Saturday, February 13th.