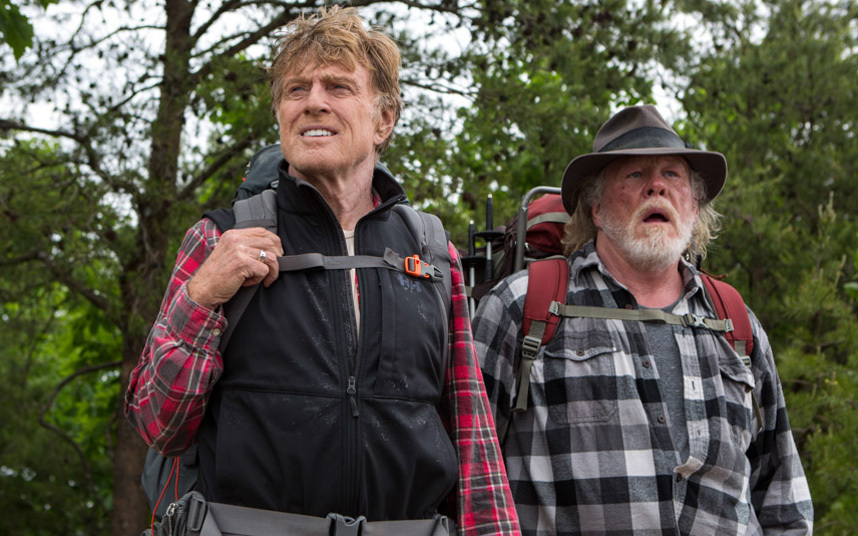 Twenty-four feature films from a score of countries are being shown in the World Greats (out of competition) section of the 2015 Montreal World Film Festival (MWFF).  Notable among the filmmakers included are Majid Majidi whose Muhammad will be getting its world premiere, Jean-Jacques Annaud, who will be showing the North-American premiere of his latest film, Wolf Totem, Cristina Commencini (Latin Lover), Ventura Pons (The Virus of Fear), Ermanno Olmi (Greenery Will Bloom Again), Vincent Bal (Belgian Rhapsody), Ken Kwapis (A Walk in the Woods, with Robert Redford) and Sergio Castellitto (You Can`t Save Yourself Alone), among others.

MWFF will take place from August 27th to September 7th.

After spending two decades in England, Bill Bryson returns to the US, where he decides the best way to connect with his homeland is to hike the Appalachian Trail with one of his oldest friends.

Paolo and Simona are expecting. At a dinner with guests one question will lead to an argument that will disturb the entire evening: the name of Paolo and Simonaís son.

A young blogger who lost both eyes during the Egyptian Revolution recounts in flashback the events of the Spring that eventually came to his country.

Two Belgian brass bands, the Flemish ‘St. Cecilia’ and Walloon ‘En Avant’, have both been selected for the great European final. It is a competition with no holds barred.

Tokita would rather be making movies than teaching about them in film school. But it pays the bills and thereís always Yui, the pretty school secretary. Then Ritsuko enters his life…

Matteo, a rebellious 15-year old is sent to a remote farm for rehabilitation. But the farm is run by the inmates. Matteo must quickly learn to run with the pack.

Itzo, who drives a morgue wagon, is loved by young, innocent Mimmy, but prefers tough, experienced Katya who mistreats him. Itzo’s assistant, Buddy, tells him he’s got things all wrong.

In 1931, at the height of his artistic powers, Soviet filmmaker Sergei Eisenstein travels to Mexico to shoot a new film to be titled Que Viva Mexico!

September, 5 1969, and Gitel Bargman is about to attend a party to celebrate her 33rd birthday. Racked by guilt simply for being alive, for her it is hardly cause for celebration.

GREENERY WILL BLOOM AGAIN (TORNERANNO I PRATI) by Ermanno Olmi. 2014 / Color / 95 min, ItalyDedicated to his father who told him stories of the Great War, Ermanno Olmiís film is a touching slice of life in the First World War trenches on the Italian front.

It is late night and raining hard when a strange woman clad only in underwear rushes up to a man who is fishing at the lake, asking for help. Help to do what ?

On the 10th anniversary of the death of Saverio Crispo, Italy’s most famous actor, his 5 daughters, born from different mothers and in different countries, are brought together and get to know each other.

The film does not depict Muhammad himself but his world, the pagan age with all its tyranny and oppression as seen through the eyes of young Muhammad from birth to the age of 13.

In a small seaside village where all the young men left for the city, three young women scheme to catch the eye of the only bachelor left in town.

In 1956, a young Spaniard arrives in Morocco, soon to be independent, to find out what happened years ago to his family. If he discovers the truth, will it be worth the effort ?

A group of eccentric retirees’ lives are turned upside down when their beloved apartment complex is suddenly sold out from under them. But you can never be too old for new beginnings.

Simon, a seventeen-year-old boy is diagnosed with cancer — Ewing’s sarcoma. But he’s not about to bow out without leaving his mark on the world.

THE NEXT GENERATION PATLABOR – TOKYO WAR Mamoru Oshii. 2015 / Color / 93 min Japan / Japan In a world where giant robots are built and used for labour, a special police force of robots is created to handle crimes relating to these machines.

Italy, May 1945. The war is over. But for a 15-year-old girl called Italia in a small town in the region of Venice, the tragedy has just begun.

A small boy is being taught to swim at a Barcelona municipal pool. He he terrified of the water and the swimming instructor tries to calm him with a kiss. He is immediately accused of abuse.

Devastated by the death of his beloved wife, Woods, a successful artist can no longer connect with his two sons. Motherless, will they have to take of him as well ?

The story of young Beijing intellectual’s fascination with the wolves he encounters when he’s sent to teach Mandarin to minority nomadic herders in the majestic, scenic grasslands of Inner Mongolia.

When a separated couple meet to discuss the terms of their children’s holidays, the meal immediately becomes a wide reflection on their past ten years.