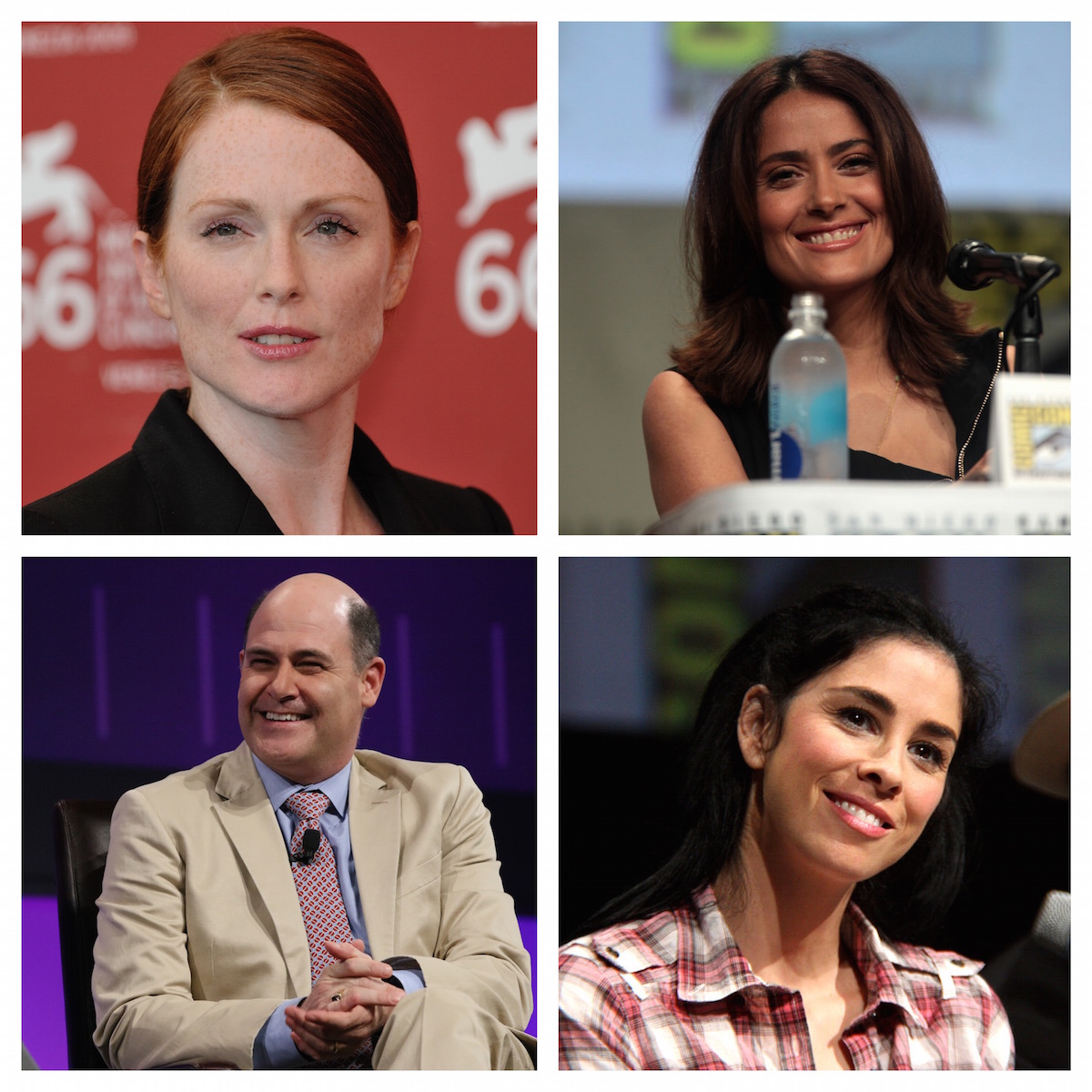 “Our In Conversation With… events always offer something unexpected. Whether it’s a personal anecdote, a surprising fact, or an industry tidbit, audiences will be enchanted by this year’s lineup of prestigious guests,” said Cameron Bailey, Artistic Director, Toronto International Film Festival. “Festivalgoers will have the exclusive opportunity to hear from the top talent of the film and television industries in a candid and intimate environment.” In Conversation With… replaces the Festival’s former Mavericks program.

In Conversation With… Julianne Moore
Among her numerous accolades throughout her career in film, television, on stage and as a NY-Times Bestselling author, Academy Award® and Emmy®-winning actress Julianne Moore is the ninth person in Academy history to receive two Oscar nominations in the same year and the only American actress to be awarded top acting prizes at the Cannes, Berlin and Venice film festivals. Having appeared in more than 60 feature films, she will next be seen this October in Freeheld – part of the Festival’s official selection – opposite Ellen Page and Michael Shannon, and in November as President Coin in Francis Lawrence’s upcoming Hunger Games sequel Mockingjay: Part 2. Julianne is an Artist Ambassador for Save the Children U.S. Programs, is on the Advisory Council of The Children’s Health Fund, and is a supporter of Planned Parenthood and the Tuberous Sclerosis Alliance. Moore will hit the stage for a special conversation on the occasion of the premiere of her highly anticipated new film.

In Conversation With… Salma Hayek
Academy Award-nominee and Emmy winner Salma Hayek has proven herself as a prolific actress, producer and director in both film and television. Hayek has several films set for release this year and next, including the Festival selection Septembers of Shiraz alongside Adrien Brody, Tale of Tales by acclaimed Italian director Matteo Garrone, and as the voice “Teresa Taco” in Seth Rogen’s upcoming animated feature Sausage Party. She was nominated for an Academy Award, Golden Globe®, Screen Actors Guild and a BAFTA award for her leading role in Julie Taymor’s Frida. Noted for her acting career, Hayek has also dedicated much of her time to social activism, previously serving as spokesperson for the Pampers/UNICEF partnership worldwide and the Avon Foundation’s Speak Out Against Domestic Violence program. In November 2005, she served as co-host, alongside Julianne Moore, at the Nobel Peace Prize Concert in Oslo. She was also part of the One campaign that singer and activist Bono created, as well as a member of Global Green, and Youth Aids. Born and raised in Coatzacoalcos, Mexico, Hayek studied International Relations in college in Mexico. Hayek takes the stage to discuss her remarkable career to date.

In Conversation With… Sarah Silverman
Two-time Emmy winner Sarah Silverman is a versatile performer with a repertoire that includes everything from film and television to stand-up comedy and iconic videos. Silverman next stars in the lead role of drama I Smile Back – in the Festival’s official selection – and in Ashby. She recently wrapped production on the ‘Top Secret Untitled Lonely Island Project,’ as well as a comedy pilot for HBO which she executive produced and in which she stars. Last year she was awarded an Emmy for Outstanding Writing for a Variety Special for her comedy special We Are Miracles. Other credits include Wreck-It Ralph, Take This Waltz and her concert film Sarah Silverman: Jesus is Magic. Silverman’s sharp sense of humour is sure to entertain audiences as she discusses her varied career.

In Conversation With… Matthew Weiner
Matthew Weiner serves as creator, Executive Producer, writer and director on the critically acclaimed drama Mad Men. This exclusive on-stage conversation is sure to delight fans and will include a screening of the final episode of Season 1, “The Wheel,” which Weiner wrote and directed, accompanied by his engaging and entertaining live commentary, as well as a discussion about Weiner’s career to date. Mad Men is nominated for 11 Emmy nominations this year including Outstanding Drama Series and two writing nominations for Weiner including the finale of the series which he also directed. Since the series premiere in 2007, Mad Men has become one of television’s most honored shows joining an elite group in 2011 when it became only the fourth drama to be awarded four consecutive Emmy Awards for Outstanding Drama Series. Additional honors for the series include: three Golden Globe Awards for Best Television Drama Series; a Peabody Award; three Producers Guild Awards; four Writers Guild Awards; two BAFTA Awards; five Television Critics Association Awards, including Program of the Year; and being named seven years running to AFI’s Top 10 Outstanding Television Programs. Weiner’s additional credits include serving as an Executive Producer and writer on The Sopranos, and writer on various television comedy series including The Naked Truth, Becker, and Andy Richter Controls the Universe. In addition to his television credits, Weiner wrote and directed the feature film, Are You Here, featuring performances from Owen Wilson, Zack Galifianakis and Amy Poehler. Weiner currently lives in Los Angeles with his wife, architect Linda Brettler, and their four sons.