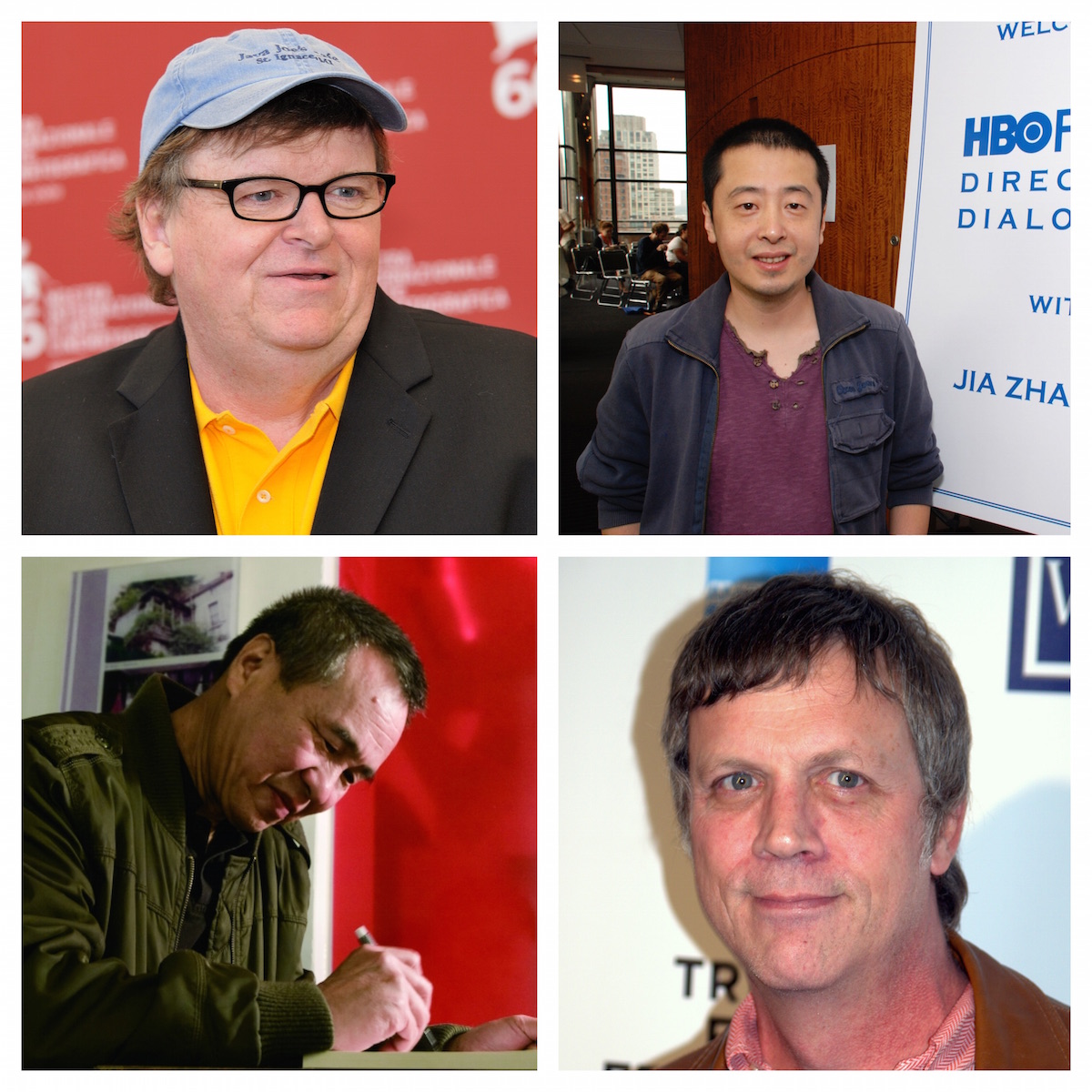 This year, the festival has created four distinct categories for the 53rd New York Film Festival Shorts  Programs: Animation, International, New York and Horror. The NYFF Shorts Program 1: International will spotlight a selection of mostly North American premieres from around the world, with voices from Argentina, Australia, Chile, and more. The new Shorts Program 2: Horror will scare up some screams with a handful of tales from the dark side, including Territory by Vincent Paronnaud (co-director of 2007’s Cannes winner and NYFF45 Closing Night, Persepolis), about a sheepherder and his dog witnessing unspeakable terrors. Shorts Program 3: Animation section will showcase stunning and bold recent works, including the World Premiere of Pixar’s latest gem, Sanjay Patel’s Sanjay Super Team, about modern superheroes and Hindu traditions clashing in the daydreams of a young Indian boy.

Shorts Program 4: New York is a new category celebrating the short-form works produced in New York by local filmmakers. The festival is thrilled to announce that the inaugural edition of this program will be sponsored by the City of New York Mayor’s Office of Media and Entertainment. This year’s exciting selections include the World Premieres of Zia Anger’s black comedy My Last Film, starring Lola Kirke, Mac DeMarco, and Rosanna Arquette; and Pacho Velez & Daniel Claridge’s Dragstrip. Velez is the co-director of Manakamana, which screened at NYFF51.

The festival’s annual master class, On Cinema, will feature a conversation between NYFF Director of Programming Kent Jones and one of the world’s greatest living directors, Hou Hsiao-hsien, on Saturday, October 10. In a rare visit to New York, on the occasion his latest film The Assassin screening at NYFF53, the director will discuss some of the works that have marked, haunted, and influenced him as an artist. In the Revivals section, the festival will also present his 1983 Taiwanese New Wave drama, The Boys from Fengkuei.

The popular FREE Directors Dialogues returns with three diverse, notable filmmakers, paired with a NYFF selection committee member as they discuss their careers, their craft and views on their own approach to making movies, as well as the current state of filmmaking. This year’s lineup will feature sit-downs with Jia Zhangke (Mountains May Depart) on Tuesday, September 29; Michael Moore (Where To Invade Next) on Sunday, October 4; and Todd Haynes (Carol) on Saturday, October 10. All of these director’s newest films are screening in the Main Slate of the NYFF53.

NYFF SHORTS PROGRAM 1: INTERNATIONAL (TRT: 85M)
Featuring films by a selection of new talents, this year’s lineup of shorts includes lyrical work from Australia and Chile, a pair of Buenos Aires–set romps from Argentine co-productions, and a bittersweet goodbye story from Austria. Programmed by Sarah Mankoff.

Monaco
David Easteal, Australia, 2015, DCP, 13m
A young man goes door to door in search of an automotive apprenticeship, and spending his free time kicking up dust doing donuts with his buddies in the outskirts of Melbourne. North American Premiere

Carry On
Rafael Haider, Austria, 2015, DCP, 22m
German with English subtitles
When his donkey gets sick, an old farmer is hesitant to betray his fondness for the animal to his matter-of-fact wife who insists on putting the donkey down.

The Mad Half Hour
Leonardo Brzezicki, Argentina/Denmark, 2015, DCP, 22m
Juan suddenly balks at commitment, prompting his boyfriend to lead him on a romantic night of wandering city streets. Named for the time of day when house cats go inexplicably wild. North American Premiere

NYFF SHORTS PROGRAM 2: HORROR (TRT: 93M)
In a program brand-new to the NYFF focusing on the best in genre film—horror, thrillers, sci-fi, twisted noir, and fantasy shorts from around the world—this handful of tales from the dark side features a period piece of terror in distant lands from the co-director of Persepolis, a haunted psyche that reveals itself in very strange ways, a lesson in being bad, horror-film love turned life-threatening, and some silent but deadly revenge. Programmed by Laura Kern.

Territory / Territoire
Vincent Paronnaud, France, 2014, DCP, 22m
French with English subtitles
A sheepherder and his trusty dog witness unspeakable horrors in a remote valley of the French Pyrenees in 1957.

We Wanted More
Stephen Dunn, Canada, 2013, DCP, 16m
Laryngitis may be a singer’s worst nightmare, but battling deep anxieties about life’s sacrifices can be even more terrifying.

How to Be a Villain
Helen O’Hanlon, UK, 2015, DCP, 16m
In this delightfully demented homage to the golden days of monster movies, Supervillain (a perfect Terence Harvey) leads us on a thrilling guided tour of the ways of evil.

NYFF SHORTS PROGRAM 3: ANIMATION (TRT: 56M)
An eclectic mix of styles and themes, this program of animated shorts brings New York audiences a selection of stunning recent works from around the globe. Please note: this program is not for children! Programmed by Matt Bolish and Sarah Mankoff.

Lingerie Show
Laura Harrison, USA, 2015, HDCAM, 8m
Drug-addict Lorraine and her boyfriend Caesar are having a nightmarish 24 hours until Lorraine calls up her sister, CiCi, for help.

Whole
William Reynish, Denmark, 2014, DCP, 12m
Danish with English subtitles
After a bad breakup leaves her heartbroken and depressed, Mira goes on a psychedelic trip in search of her spirit animal in order to feel whole again.

Palm Rot
Ryan Gillis, USA, 2014, DCP, 7m
While investigating a mysterious explosion deep in the Everglades, a crop duster’s discovery of a lone surviving crate sets off a series of unfortunate events.

Food
Siqi Song, USA, 2014, DCP, 4m
We are what we eat—from cheeseburgers to chocolate-covered pretzels—in this stop-motion documentary that explores how we choose the foods we consume.

NYFF SHORTS PROGRAM 4: NEW YORK (TRT: 75m)
A new addition to the New York Film Festival, this program showcases recent short-form work from some of the most exciting filmmakers living and working in New York today, an eclectic mix of familiar faces, established names, and unheralded ones to watch. Programmed by Florence Almozini and Dan Sullivan and sponsored by the City of New York Mayor’s Office of Media and Entertainment.

Hernia
Jason Giampietro, USA, 2015, DCP, 12m
Jason Giampietro’s latest hilarious short follows neurotic hypochondriac Rudy (Stephen Gurewitz), who is convinced he is suffering from a hernia, as he heads out into the night in search of sympathy from his friends, all of whom have lost their patience with him.

Riot
Nathan Silver, USA, 2015, DCP, 4m
The hyper-prolific Nathan Silver’s first documentary draws on his family’s home movies to revisit his directorial debut at the age of 9, as his efforts to dramatize the 1992 L.A. riots are undermined by an uncooperative cast and the intrusions of his mother. U.S. Premiere

Dragstrip
Pacho Velez & Daniel Claridge, USA, 2015, DCP, 4m
Comprised of images of racing aficionados—drivers, mechanics, and fans alike—in New Lebanon, NY, as they behold the sport they love, this film offers a rare opportunity to look at others in the act of observation, transforming the screen into a kind of ethnographic mirror. World Premiere

Six Cents in the Pocket
Ricky D’Ambrose, USA, 2015, DCP, 14m
This hypnotic work of contemporary cinematic modernism—something like Robert Bresson in Park Slope, but not exactly—concerns a young man apartment-sitting for friends as talk of a plane crash ominously lingers in the air. World Premiere

Bad at Dancing
Joanna Arnow, USA, 2015, DCP, 11m
The Silver Bear winner at this year’s Berlinale comically chronicles the psychodrama and boundary-testing that arises between a needy young woman (Joanna Arnow) and her more confident roommate (Eleanore Pienta) when the latter gets a boyfriend (Keith Poulson).

Review
Dustin Guy Defa, USA, 2015, DCP, 4m
A young woman recounts a story to a group of friends who listen with rapt attention, but the tale sounds very familiar… Another masterful and clever work by one of the world’s premier shorts filmmakers. World Premiere