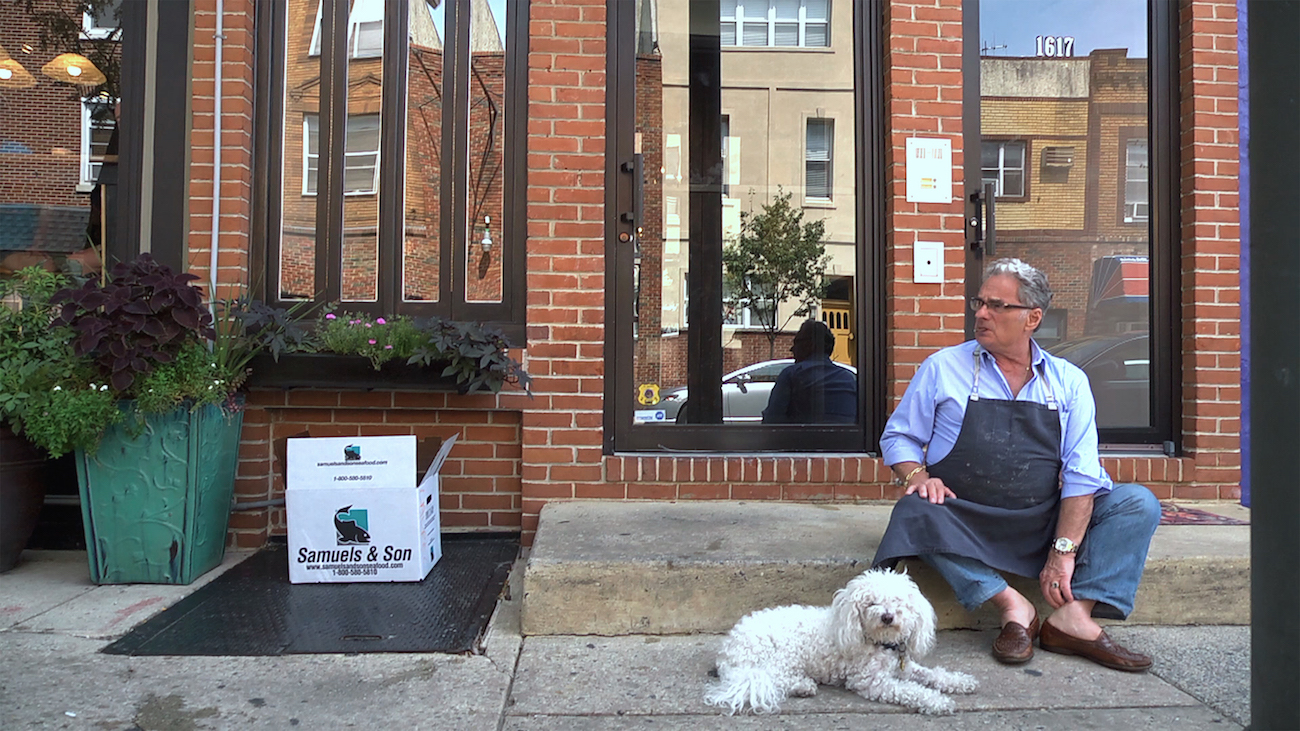 The 7th Milwaukee Film Festival, announced Film Feast for a second year.  This program presents a diverse lineup comprised of films that explore and celebrate the culture of food and drink.

A series of seven documentaries span the continents: from an exploration of Danish bio-dynamic farming in Good Things Await to a WISCONSIN’S OWN program featuring local stories in Old Fashioned: The Story of the Wisconsin Supper Club and Tale of the Spotted Cow to the whirlwind tour that is Foodies, in which five established taste-makers travel the globe to critique the world’s most acclaimed restaurants.

“I’m extremely excited about the wide array of films we’re presenting in this year’s Film Feast program,” explains Megan Benedict, Executive & Programming Coordinator. “One highlight for me is King Georges, which tells the story of world-renowned chef Georges Perrier who struggles to hand over one of the country’s finest French restaurants, Le Bec-Fin, to Top Chef’s Nicholas Elmi. Hold on to your spatula!”

Following last year’s A Year in Burgundy, influential wine-importer-turned-filmmaker Martine Saunier returns to the festival with the documentary A Year in Champagne. Born from her travels and love for the French wine making region, Saunier takes viewers to France’s Champagne region in this beautifully shot exploration of all things sparkling. Yet, to watch and not drink would be a sin and so Milwaukee Film is hosting a Champagne Tasting event in conjunction with the Lowlands Group and Kyle Cherek, host of Wisconsin Foodie.

COAST-TO-COAST CUISINE
Off the Menu: Asian America
(USA / 2015 / Director: Grace Lee)
Festival alum Grace Lee (American Revolutionary: The Evolution of Grace Lee Boggs, MFF 2013) provides a road trip through our nation of immigrants, examining the intersection of faith, family, tradition, and great food from Houston to Oahu to Milwaukee (Lee filmed portions of this while attending our festival previously!).

Foodies
(Sweden / 2014 / Directors: Thomas Jackson, Charlotte Landelius, Henrik Stockare)
You may claim to love food, but the five influential food bloggers at the heart of this documentary give new meaning to the term “foodie.” We follow these diverse tastemakers (among them a former European fashion model and a former U.S. oil company commander) on their globetrotting journey to the world’s most exclusive restaurants. With the Michelin Guide as their North Star, they encounter unique, mouthwatering concoctions that they can make or break with the click of a mouse. No dry aperitif, this is a full-on cinematic banquet, filled with wry humor and cutting observations — the year’s most delicious movie experience.

Good Things Await (Så meget godt i vente)
(Denmark / 2014 / Director: Phie Ambo)
Married octogenarian couple Niels Stockholm and Rita Hansen are pioneers in the world of biodynamic farming, a holistic method that treats every aspect of the farmland (from the tiniest shrub to prized red cattle) as ecologically connected and worthy of the utmost respect — an ethos that has led to them supplying their home country of Denmark’s most prestigious restaurants. However, their farming style is threatened by a Danish government more concerned with persnickety EU regulations. An absorbing documentary combining poetic philosophizing with lush cinematography (think Babe meets Terrence Malick), this film shows the difficulties in maintaining a moral, ethical business in our modern age of farming.

Just Eat It: A Food Waste Story
(Canada, United Kingdom, USA / 2014 / Director: Grant Baldwin)
Between foodie blogs, TV cooking competitions and myriad culinary magazines, it’s clear that we love food. So why are we throwing away 50% of it? Documentary filmmaking couple Jen and Grant are horrified by this food waste and quit grocery shopping cold turkey, pledging to live only off of food that is thrown away. A deep dive into our nation’s dumpsters, Just Eat It is a shocking exposé of our food industry — from farm to retail and all the way to the back of our fridge — and its systematic obsession with expiration dates and the aesthetics of perfect produce.

King Georges
(USA / 2015 / Director: Erika Frankel) (pictured above in main image)
With Le Bec-Fin, one of the country’s finest French restaurants, set to be sold, documentary filmmaker Erika Frankel seeks out its iconic proprietor, Georges Perrier, to film a fitting tribute to this landmark Philadelphia eatery, only to get far more than she bargained for. Perrier withdraws the sale and seeks to reinvigorate Le Bec-Fin, bringing aboard Chef Nicholas Elmi (of “Top Chef” fame) as his successor, only to find letting go far more of a struggle than he anticipated. Archival footage and interviews with world-renowned chefs make this feast for the eyes a portrait that also touches the heart.

Love and Lemons (Små citroner gula)
(Sweden, Norway / 2013 / Director: Teresa Fabik)
Cheated on by her rock-star boyfriend and fired from her job all in one day, Agnes looks to pick up the pieces by putting everything she has (parents’ life savings included) into becoming part owner in a new restaurant. A disastrous start to this entrepreneurial exercise makes it all the more important for Agnes to put her knowledge that her neighbor David is actually the famed food critic Lola to the test, by taking him on a date to what is, unbeknownst to him, her restaurant. A winning romantic comedy that proves a recipe for disaster can turn out to be something quite sweet.

WISCONSIN’S OWN
Old Fashioned: The Story of the Wisconsin Supper Club
(USA / 2015 / Director: Holly L. De Ruyter)
A local dining tradition that has managed to persevere, the supper club is a unique experience that places the emphasis on family and hospitality, and this documentary celebrates the wonderful history and tradition behind this uniquely Wisconsin dining experience.

Tale of the Spotted Cow
(USA / 2015 / Director: Bill Roach)
This is a touching and inspiring documentary about the founders of New Glarus Brewery, creators of Wisconsin’s signature craft beer. Their rags-to-riches tale is a vital story in the rich tapestry that is our state’s hop-filled history.

A Year in Champagne
(USA, France / 2014 / Director: David Kennard)
If one is going to celebrate in style, one must do so with champagne, and champagne is only truly champagne when it comes from the region of France that is its namesake. Journey on a rare behind-the-scenes look into the production of the bubbly, from small independent winemakers who still observe classic traditions (turning the bottles by hand in their wine cellars) to the massive businesses that have made champagne into the worldwide brand it is. This is an effervescent portrait of this art form’s past, present and future, with an end product that is as much a fizzy delight as the sparkling wine it documents.