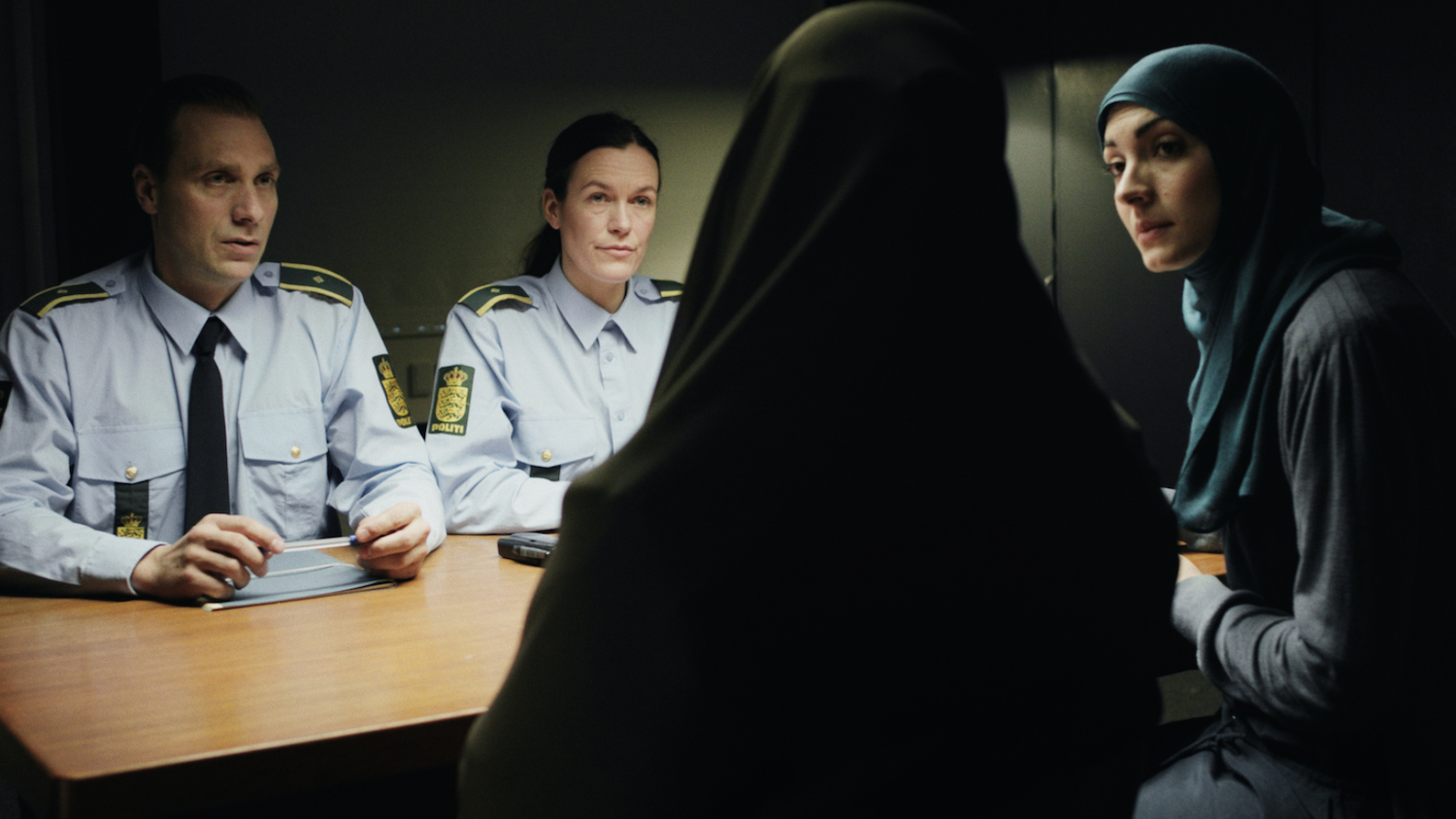 This year’s Manhattan Short 18th Short Film Festival highlights the continued importance of woman in film. Half of this year’s selections feature actresses ranging in age from children to senior citizens. Audiences from last year’sManhattan Short also will be pleased to see rising star Marleen Lohse once again in Forever Overmaking her the first actor, male or female to appear in consecutive years in Manhattan Short. Two other short films (Bear Story and Patch) are sophisticated animations, as Manhattan Short continues to support this important art form. And as always,Manhattan Short offers short films set in a wide range of locales, from Turkish beaches and Balkan Mountains to the streets of Berlin and the backroads of America’s West Coast.

LISTEN
(Finland/Denmark)
Directed By: Harry Ramezan & Rungano Nyoni (pictured in main image above)
Synopsis: Police interrogate a foreign woman and her son but the translator conducts her own line of inquiry unbeknownst to the authorities.

BEAR STORY
(Chile)
Directed By: Gabriel Osorio
Synsopsis: In this animated tale, a bear uses mechanical figures to relate the story of his oppressed life to one cub at a time.

FOREVER OVER
(Germany)
Directed By: Erik Schmitt
Synopsis: A young couple devise a wish list to spice up their lives but its fulfillment leads to unforeseen consequences.

SHOK
(Kosovo/UK)
Directed By: Jamie Donahue
Synopsis:The friendship of two boys is tested to its limits as they battle for survival during the Kosovo war.

GROUNDED
(France)
Directed By: Alexis Michalik
Synopsis: An airline ticketing agent rises to the occasion when faced with an extraordinary situation posed by a pair of passangers.

SUNDOWN
(Turkey)
Directed By: Sinem Cezayirli
Synopsis: A woman’s tranquil day at the beach turns tumultuous when she is forced to confront a sudden, new reality concerning her mother.

PATCH
(Switzerland)
Directed By: Gerd Gockell
Tiles on a wall reveal the elephant in the room, among other things, in this fast-paced animation that plays with perspective.

EL CAMINO SOLO
(USA)
Directed By: Shawn Telford
Synopsis: A modern businessman stands himself on a desert highway only to be saved by rescuers who are more in touch with humanity than he is.

BIS GLEiCH
(Germany)
Directed By: Benjamin Wolff
Synopsis: Two senior citizens view Berlin city life from their respective windows on opposite sides of the street and develop an unusual bond.