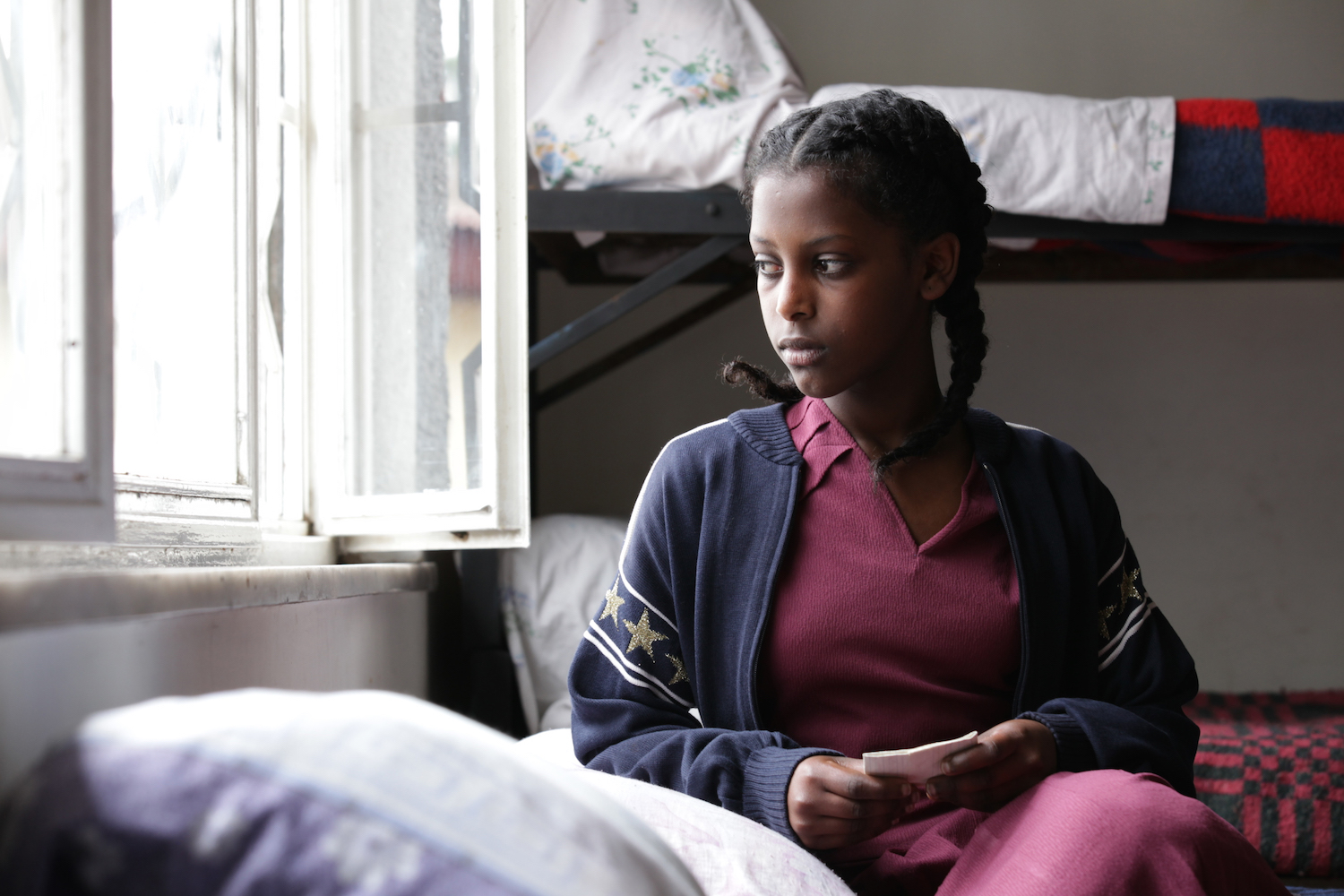 The controversial award-winning film DIFRET, directed by Zeresenay Berhane Mehari and executive produced by Angelina Jolie Pitt, finally has a release date in time for the awards season. DIFRET which premiered at the 2014 Sundance Film Festival where it won the World Cinematic Dramatic Audience Award, and the Panorama Audience Award for Best Fiction Film at the Berlin Film Festival 2014, will be released on October 23.

Difret is a powerful drama based on a true story. In Addis Ababa, lawyer Meaza Ashenafi has established a network providing poor women and children with free legal representation. She takes on the case of 14-year-old Hirut who is abducted and raped on her way home from school and shoots dead her tormentors as she escapes.  Accused of murder, Hirut may face the death penalty even though she was acting in self-defence – for in rural Ethiopia the tradition of ‘Telefa’ or marriage by abduction still exists.

The NY Post’s Page Six reported that the woman who said she inspired the project, Aberash Bekele, had reportedly sought an injunction on the night of its Ethiopian premiere to block its release, saying she didn’t give filmmakers permission to use her story.  However, the matter was eventually settled out of court.

Three hours outside of Addis Ababa, a bright 14-year-old girl is on her way home from school when men on horses swoop in and kidnap her. The brave Hirut grabs a rifle and tries to escape, but ends up shooting her would-be husband. In her village, the practice of abduction into marriage is common and one of Ethiopia’s oldest traditions.

Meaza Ashenafi, an empowered and tenacious young lawyer, arrives from the city to represent Hirut and argue that she acted in self-defense. Meaza boldly embarks on a collision course between enforcing civil authority and abiding by customary law, risking the ongoing work of her women’s legal-aid practice to save Hirut’s life.

Beneath the layer of polite social customs, an aggressively rooted patriarchy perpetuates inhospitable conditions for women in this engrossing and significant film, based on a real-life story. Ethiopian writer/director Zeresenay Berhane Mehari portrays, with panoramic beauty, the complexity of a country’s transformation toward equal rights, featuring the courageous generation that dares to own it.