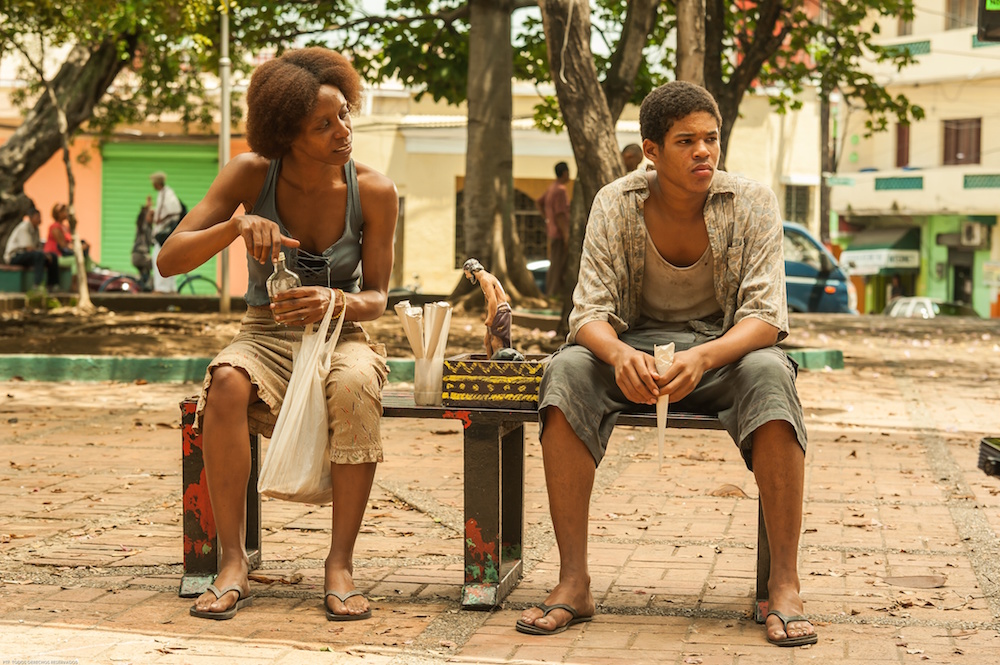 The 63rd San Sebastian Festival will award, for the first time, the new Cooperación Española Award to the producer of the Latin American Film that best contributes to human development, the eradication of poverty and the full exercise of human rights.

Any of the Ibero-American films selected for the Official Selection, New Directors and Horizontes Latinos sections can compete for the Award, to be decided by a 3-member jury.

Films eligible for the Award:

EVA NO DUERME / EVA DOESN’T SLEEP
PABLO AGÜERO (ARGENTINA – FRANCE – SPAIN)
Evita Perón has died. She is the most loved, but also the most hated political figure of Argentina. A leading expert is given the task of embalming her. After months of hard work, the result is perfect. Meanwhile in Argentina, the coups come one after the other and some dictators want to delete Evita’s legacy from the people’s memory. Her body therefore becomes the focal point of clashes lasting for 25 years. 25 years during which Evita was a more powerful figure than any other living politician.

EL REY DE LA HABANA / THE KING OF HAVANA (pictured in main image above)
AGUSTÍ VILLARONGA (SPAIN – DOMINICAN REP.)
Agustí Villaronga adapts the novel of the same name by Pedro Juan Gutiérrez. Recently escaped from reformatory, young Reinaldo tries to get by in the streets of Havana in the late 90s, one of the worst decades for Cuban society. Hopes, disillusionment, rum, good humour and above all hunger, accompany him in his wanderings until he meets Magda and Yunisleidy, survivors like himself. In one or the other’s arms, he will try to escape the material and moral misery surrounding him, living love, passion, tenderness and uninhibited sex to the limit.

EL BOTÓN DE NÁCAR / THE PEARL BUTTON
PATRICIO GUZMÁN (FRANCE – SPAIN – CHILE)
Chilean filmmaker Patricio Guzmán talks to us in his latest documentary about water, the cosmos and ourselves, human beings. It all begins with the discovery of two mysterious buttons in the depths of the Pacific Ocean, off the coast of Chile. Winner of the Silver Bear for Best Script at the Berlin Festival.

IXCANUL
JAYRO BUSTAMANTE (GUATEMALA – FRANCE)
María, a 17 year-old Mayan girl, lives and works with her family in a plantation on the Guatemalan plateau. Her days go by uneventfully until her parents arrange her marriage to the estate foreman, Ignacio. A film that landed a special mention at the last edition of Films in Progress and competed at the Berlin Festival, where it won the Alfred Bauer Award.

LA OBRA DEL SIGLO / THE PROJECT OF THE CENTURY
CARLOS M. QUINTELA (CUBA – ARGENTINA – GERMANY -SWITZERLAND)
Amidst a mosquito plague, Leonardo, struggling with the breakdown of his relationship, moves back to live with a grandfather who fights with everyone and everything, and a father living with the melancholy of the unfinished. Tiger Award-winner at the last Rotterdam Festival.

PAULINA
SANTIAGO MITRE (ARGENTINA – BRAZIL – FRANCE)
Paulina decides to leave her brilliant law career to teach in a downtrodden Argentinian region. In a hostile atmosphere, she will set about her pedagogical mission, even if it means losing her boyfriend and confrontation with her father. Winner of the Grand Prix and Fipresci Award at the last Cannes Festival Critics’ Week.

LA TIERRA Y LA SOMBRA / LAND AND SHADE
CÉSAR AUGUSTO ACEVEDO (COLOMBIA – CHILE – BRAZIL – NETHERLANDS – FRANCE)
Winner of the Caméra d’Or at the Cannes Festival, after having participated at the San Sebastian Co-Production Forum in 2013, this film portrays a family as they try to repair the fragile ties that bind them in the face of their imminent disappearance, brought about by the overwhelming power of progress.