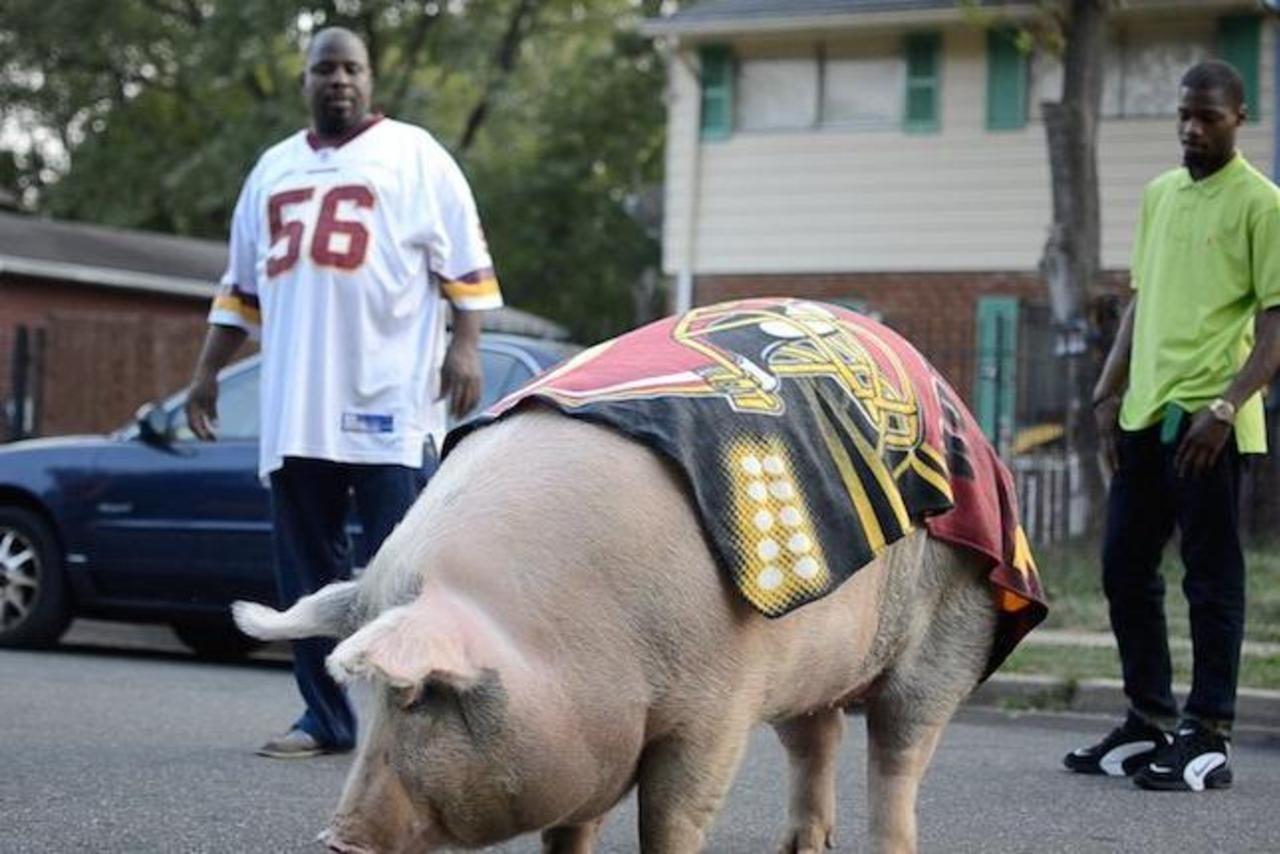 The acclaimed docu-drama SWEATY BETTY, from first-time directors Joseph Frank and Zachary Reed, which made it’s world premiere at the 2015 South by Southwest Film Festival and went on to win Best Feature Film at the 2015 Brooklyn Film Festival, will be released in the Fall via Breaking Glass Pictures.

Breaking Glass is planning a theatrical release for SWEATY BETTY in New York City, Los Angeles, and Washington D.C. on November 27. An iTunes, Amazon Instant, Xbox, and VOD release will follow on December 8.

In the film, a big dream and a pig dream takes place in a low income neighborhood on the outskirts of Washington D.C. Joseph Frank and Zachary Reed co-wrote SWEATY BETTY with the film’s lead actors Seth Dubois, Floyd Rich, and Rico S.

In a cramped row house on the border of Washington D.C., two stories of big dreams take place. Floyd and his family have raised a 1,000-pound pig in their backyard, and are determined to turn her into the team mascot for the Redskins football team. Floyd puts his plan into motion, but the pig, named Miss Charlotte, draws unwanted attention. A few blocks away, Rico and Scooby, two TEENAGE single fathers and best friends, are hanging around the neighborhood. As they scheme up a plan for a better life for themselves and their children, they are presented with an unexpected opportunity.