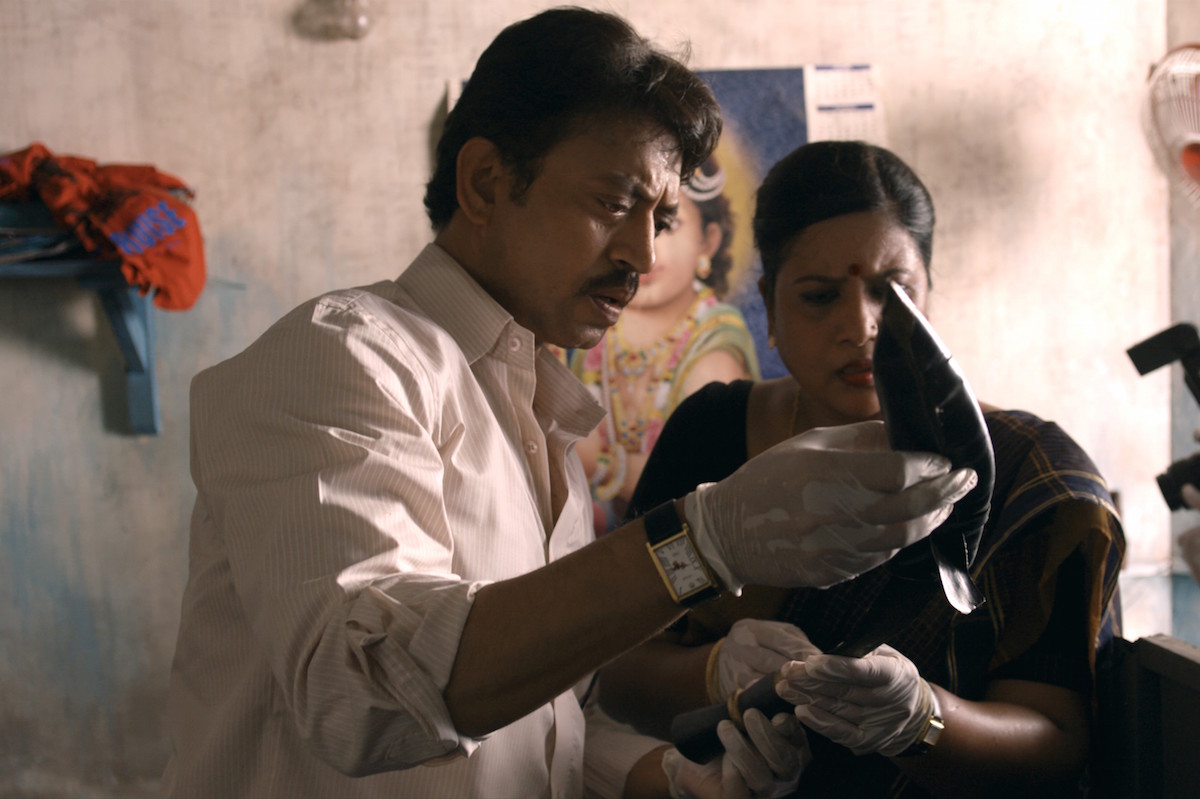 Talvar is a fictional dramatization of true life events revolving around the Aarushi Talvar murder case investigation.  Known as the ‘Noida Double Murder Case’, it happened in the city adjoining India’s capital, Delhi, in 2008. The incident still resonates in the minds of the public, as there is no sense of closure in the case in spite of a guilty verdict – the parents of the murdered girl have been sentenced to life for killing her. Boasting of power packed performances by Irrfan Khan (The Lunchbox, Life of Pi), Konkona Sen Sharma and Neeraj Kabi, it also has Tabu (The Namesake) in a special appearance. With Gulzar’s lyrics, Vishal Bharwaj’s music and cinematography by Pankaj Kumar (Haider, Ship Of Theseus), the thriller is a work of fiction which is based on one if the most intriguing and talked about murder cases in recent Indian history