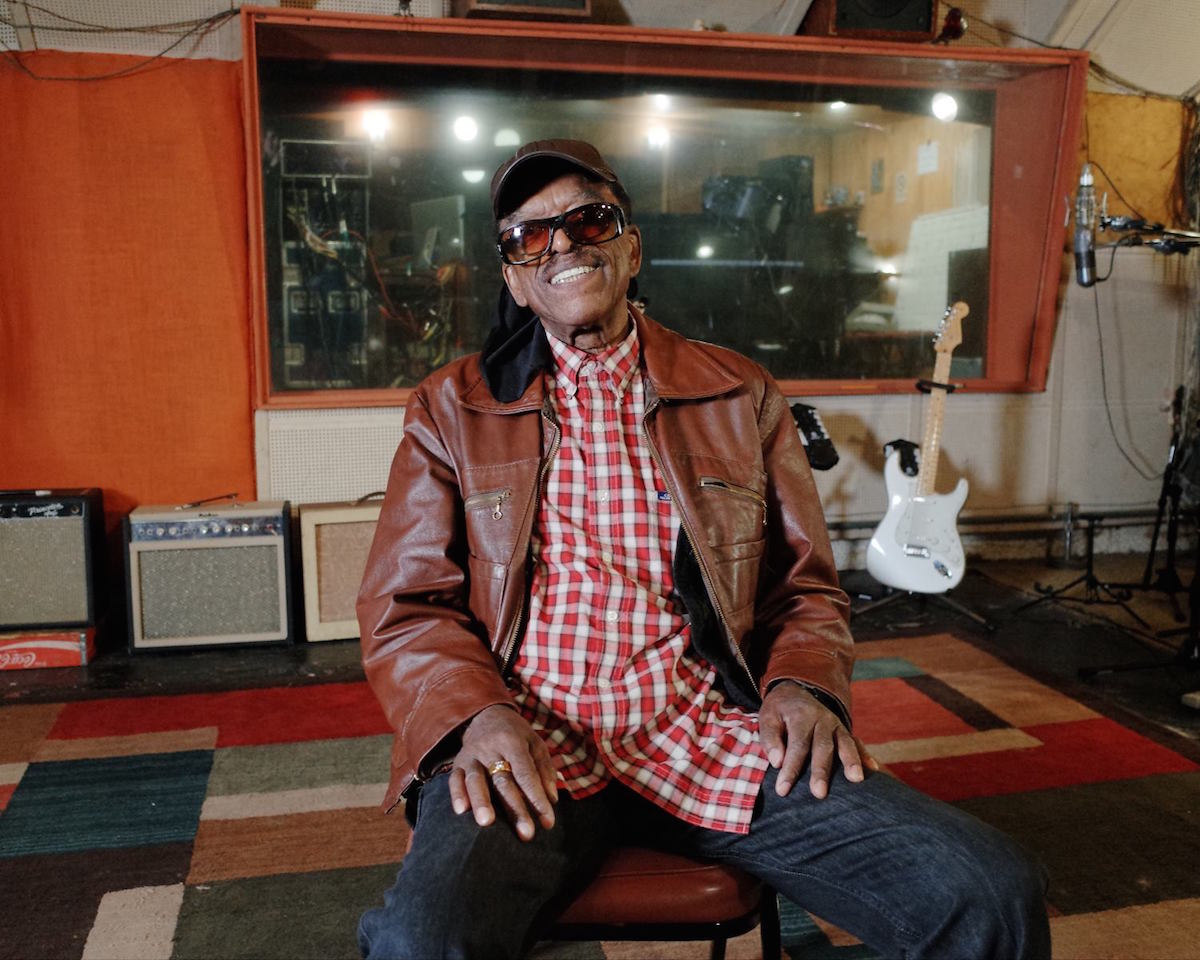 2015 Chicago International Film Festival announces the lineup for its International Documentary Competition.  Highlights of the International Documentary Competition include the World Premieres of Syl Johnson: Any Way The Wind Blows (pictured above), a Chicago-based portrait of the most sampled artist in hip-hop, and Motley’s Law, which follows tough-as-nails lawyer – and former Mrs. Wisconsin – Kimberley Motley, the only American allowed to practice law in Afghanistan.

This diverse lineup of official selections includes the multi-award-winning Polish documentary Call Me Marianna, which follows Marianna’s male-to-female transition as family and friends abandon her along the way; A Living Fire, an award-winning tour-de-force documentary of cinematography and sound design; Time Suspended, a tender, heartrending portrait of a woman committed to preserving the truths of Argentina’s horrible history in the 1970s; and In the Underground, a stunning look at coal miners and their families in China.

Banana Pancakes and the Children of Sticky Rice
NORTH AMERICAN PREMIERE
Country: Netherlands
Director: Daan Veldhuizen
Synopsis: In a lush remote village in northern Laos, tourism is on the rise. But as Western backpackers and new technologies begin to enter the town, the locals are ambivalent. Some are eager to embrace the economic opportunities, while others remain more resistant. A beautifully photographed and complex portrait of East-meets-West, Banana Pancakes and the Children of Sticky Rice captures the growing pains of “progress” with wit and subtlety.

Call Me Marianna (Mów mi Marianna)
NORTH AMERICAN PREMIERE
Country: Poland
Director: Karolina Bielawska
Synopsis: Her ex-wife won’t meet her. Her daughter rejects her. Her mother still calls her “son.” As Marianna transitions from male to female, she is abandoned by her loved ones, alone in a world unwilling to accept her true self. This multi-award-winning documentary is an intensely sympathetic and powerful account of one individual’s struggle to gain acceptance-even in the midst of profound physical hardship.

The Closer We Get
USA PREMIERE
Country: Scotland, UK
Director: Karen Guthrie
Synopsis: Scottish director Karen Guthrie’s intimate documentary is a vivid chronicle of her coming to terms with a twofold loss, one past-of her nuclear family shattered years before by her father’s departure to Africa-and one present, when her mother, the family anchor, suffers a stroke. Full of surprising revelations, Guthrie’s personal story becomes an affecting and resonant look at post-colonialism and the complicated bonds of family.

In The Underground (Di Ceng Shen Chu [地层深处])
NORTH AMERICAN PREMIERE
Country: China
Director: Song Zhangtao
Synopsis: Deep underneath the Earth’s surface, Chinese miners blackened with soot work long, dark days with little rest, while the stress and danger of their work increases worries at home. One has a child on the way, but can he maintain the precarious balance of his life and livelihood? Masterfully capturing the claustrophobic environments, In the Underground explores the physical and mental toll acutely felt both above and below.

The Living Fire (Zhyva Vatra)
USA PREMIERE
Country: Ukraine
Director: Ostap Kostyuk
Synopsis: “Lives begin and end, but everything goes back to the earth.” A tour-de-force of cinematography and sound design, this captivating, award-winning documentary looks at three generations of sheepherders in the Carpathian Mountains. While father and son take their flock on their annual journey through the highlands, the 82-year-old widower reflects on his past back home. A sublime look at the cycles of life and the waning of tradition.

Motley’s Law
WORLD PREMIERE
Country: Denmark
Director: Nicole N. Horanyi
Synopsis: This captivating documentary follows tough-as-nails lawyer (and former Mrs. Wisconsin) Kimberley Motley, the only American allowed to practice law in Afghanistan. Motley defends US and European citizens caught in the country’s legal and political quagmire, even as she finds herself under threat of assassination. While Motley brazenly chastises Afghani judges on behalf of her clients, she must also balance the needs of her family a world away.

Syl Johnson: Any Way The Wind Blows
WORLD PREMIERE
Country: USA
Director: Rob Hatch-Miller
Synopsis: Velvet-voiced soul singer Syl Johnson struggled for decades before leaving the biz in the 1980s to open a Chicago fried-fish chain. Since then, he’s become one of the most-sampled artists in hip-hop. With a lively soundtrack, this buoyant world premiere documentary celebrates one man who can’t stop the music.

Time Suspended (Tempo Suspendido)
NORTH AMERICAN PREMIERE
Country: Mexico, Argentina
Director: Natalia Bruschtein
Synopsis: For the last 40 years, activist Laura Bonaparte has fought to keep alive the memory of her children, who were “disappeared” by Argentina’s military dictatorship in the 1970s. Now Laura’s own memory is beginning to fade. Time Suspended is a tender, heartrending portrait of a woman committed to preserving the truths of her nation’s horrible history, even as they slip from her grasp.

Volta a Terra
NORTH AMERICAN PREMIERE
Country: Portugal
Director: João Pedro Plácido
Synopsis: Daniel, a charismatic young farmer in northern Portugal, is dedicated to the farming methods of his forbearers. But will dreams of love take him away from his homeland? A bittersweet coming-of-age story featuring illuminating, hypnotic photography of the Portuguese countryside amid the changing seasons, Volta à Terra is a poetic love song to traditional ways of life.

Banana Pancakes and the Children of Sticky Rice Call Me Marianna In The Underground Motley's Law Syl Johnson: Any Way The Wind Blows (2015) The Closer We Get The Living Fire Time Suspended Tough Love Volta a Terra