THE BOY FROM GEITA, Documentary on Albinism in Africa, Sets October Release Date 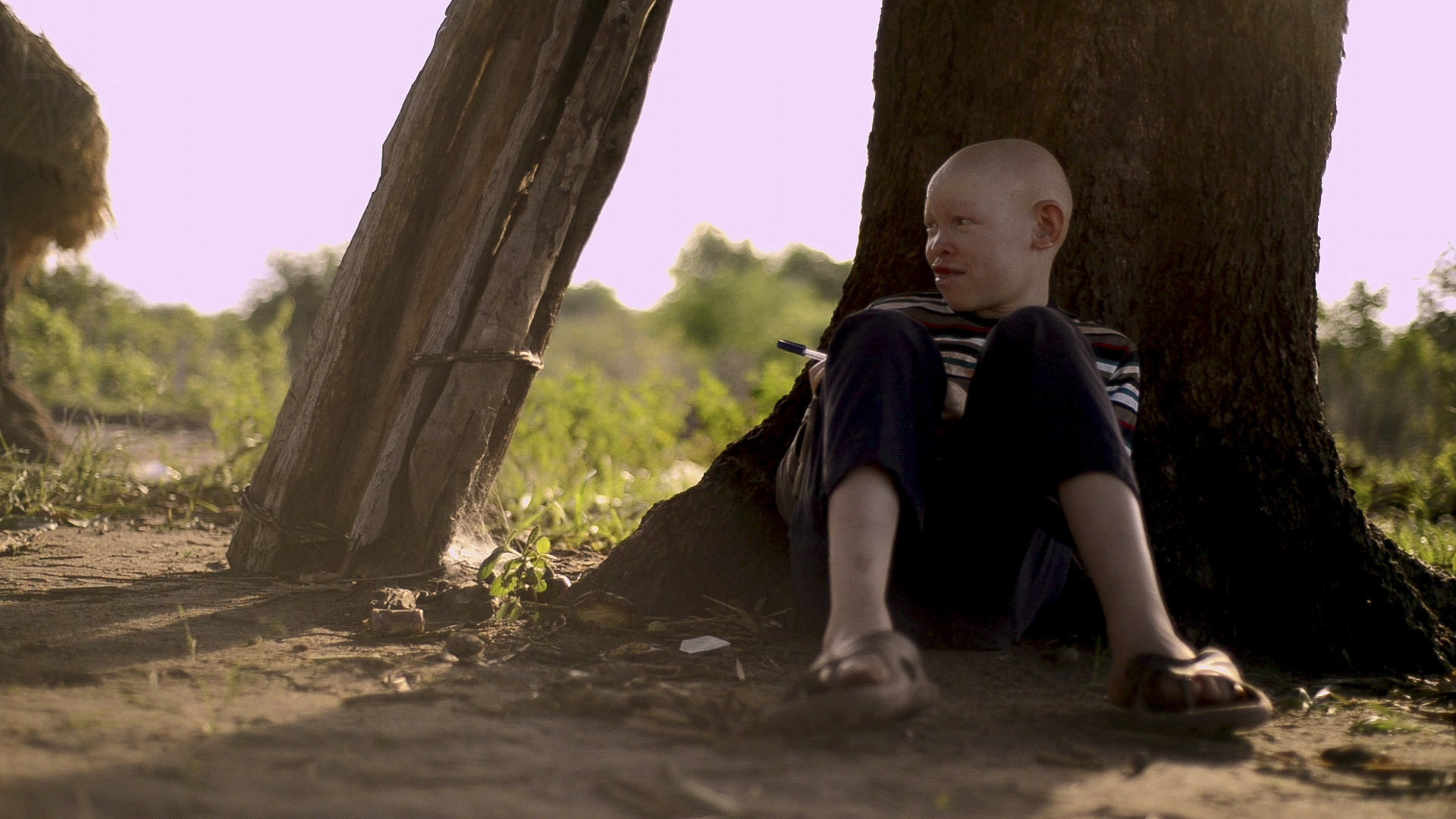 THE BOY FROM GEITA, a feature documentary by award-winning filmmaker Vic Sarin (Solitary Journey, Hue: A Matter of Colour) will open in New York on October 16, before expanding to additional markets and VOD.  The film follows Adam, a young boy in Tanzania, born with albinism, a genetic condition that affects skin pigment, giving him a white complexion, that sets him apart from others in his village

In a remote village in the northwest of Tanzania, a twelve-year old boy sits in the shade of a hut while his siblings play in the light. His pale skin is sensitive to the sun’s rays and his eyes don’t see as well as the other children, but he’s content to sit on his own and draw with pencil and paper. He loves to draw. But his safe little world is about to be shattered…

“Ghost” is what a boy like Adam is called in Tanzania or “zero zero” – nothing – because he has albinism, a genetic condition that causes the absence of pigment in skin, hair and eyes. His pale complexion makes him vulnerable not only to the sun but to the most violent and hateful crimes imaginable.

Ostracized from society and fearing for his life, Adam finds an unlikely kindred spirit in Peter Ash, a businessman from far across the globe who also has albinism. Together they embark on a journey that transcends cultures and continents.

Both heart-breaking and hopeful, THE BOY FROM GEITA is a film about human courage and is part of a growing global effort to break down the stigma and deadly misconceptions surrounding albinism in Africa.

THE BOY FROM GEITA