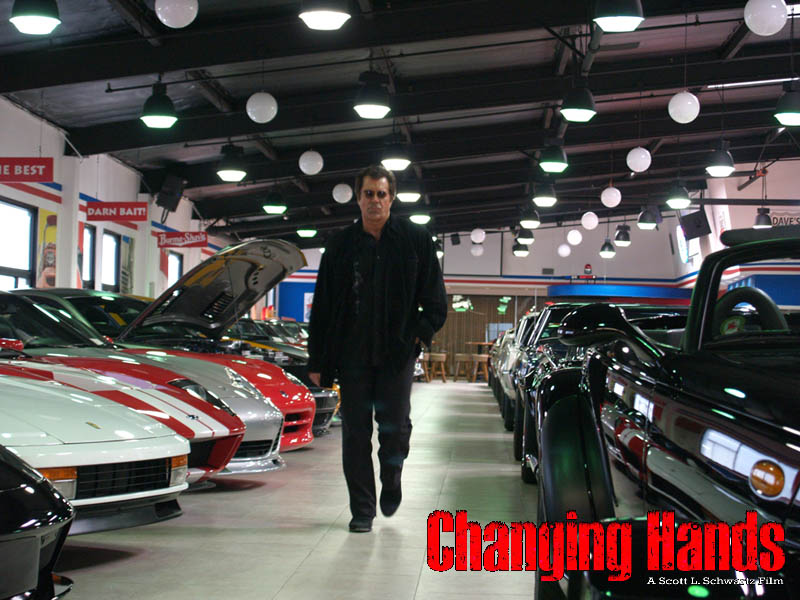 The Helios Film Festival announced the full slate of films for the inaugural edition of the film festival taking place in Cincinnati, Ohio, on October 9 to 11, 2015.  The first Helios Film Festival will feature world premieres of Scott Schwartz’s social/political drama CHANGING HANDS (pictured above) and Janice Tanaka’s documentary RIGHT OF PASSAGE, among 15 feature films, and 36 short films screening over the three days of the film festival.

Lana Read, Helios Film Festival Director, said, “It is a tremendous undertaking to launch a film festival, but the reward is in bringing filmmakers together with an audience and to introduce that audience to films that they might otherwise never have an opportunity to discover and enjoy on a big screen. We look forward to establishing the Helios Film Festival and Cincinnati as another beacon for independent film as well as the people that create them and the film goers that seek them out.”

Janice Tanaka’s RIGHT OF PASSAGE looks at the long struggle it took to get recognition and reparations for the survivors of the WWII Japanese internment/concentration camps in this country. The film serves as an eye opener to what happened to the Japanese Americans at that time, and also provides a look at the workings of government as well as the maneuvering that was necessary to get President Ronald Reagan onboard.

Scott L. Schwartz’s CHANGING HANDS will have its official world premiere, having been an underground sensation since the film’s completion in 2010. The film follows the journey one gun takes and how it effects and sometimes ends the lives of the people it comes in contact with. Among the eclectic cast are Kevin Sorbo, Antonio Fargas, Erika Eleniak, Holt Boggs, and Vernon Wells.

Other highlights include a filmmaker poster competition, celebrating the design and visual impact of movie posters, a monologue competition for both adults and young actors looking for an opportunity to both impress a panel of judges and make contact with the attending filmmakers, as well as the inclusion of vendor tables at the Holiday Inn and Suites, Eastgate, which is hosting the film festival in the Queen City.

ACCORDING TO BEN ADAMS (2015)
Directors: Dan Noah, Bramwell Noah
Country: Australia, Running Time: 105m
The Devil is so bored. Evil’s still his thing, but it’s all been done. So he gets himself arrested just to see what happens. He even lets slip that he’s the Devil and plays along when they commit him to a hospital. That’s where he meets a man claiming to be Jesus.

THE ART OF WALKING BAREFOOT (2015)
Director: Matthew J. Cline
Country: USA, Running Time: 82m
Three children in Thailand struggle to escape terrible living conditions and grim prospects to flourish at a second chance at better lives. Follow these brave children and the people who love and care for them as they show you, “The Art of Walking Barefoot.”

BILLIE BOB JOE (2015)
Director: Joe Kowalski
Country: USA, Running Time 98m
Two stepsisters uncover a bizarre conspiracy about a secret battle between the people named Joe in the world and the people named Bob. A satire of prejudices as well as a female-driven story about finding one’s independence and individuality, BILLIE BOB JOE is a family-friendly blend of both comedy and drama. Features celebrity cameos from James Marsters, Mara Wilson, Cecil Baldwin, Hank Green, and many more.

CHANGING HANDS (2013) – WORLD PREMIERE
Director: Scott L. Schwartz
Country: USA, Running Time: 99m
CHANGING HANDS tells the story of a gun and the path it takes on its journey through different hands. From its stolen roots, to unscrupulous trades, to robberies and assaults, this film follows the twists and turns of the travels of the gun’s thrilling path.

CHURCH GOSSIP (2015)
Directors: Kasper Harris, Karlos Fulton Sr.
Country: USA, Running Time: 94m
A young Christian woman sees her relationship with her church destroyed after a moment of weakness becomes public. Devastated, she vows she’ll never go back to church, until four years later, a crisis and a change of heart toward God brings her back to church. Ready to give God her all, Sherry starts attending Pure in Heart Ministries, a church known for its gossip. Sherry adjusts to the stares and whispers from a few of the women, but once her little secret comes to light, will she run or stand and trust God to vindicate her?

DIRTY BEAUTIFUL (2015)
Director: Tim Bartell
Country: USA, Running Time: 95m
David is a young, struggling writer very alone in the world. Kat is a lost soul recently left homeless by her ex. Both survive on the fringe of life. So when Kat storms into David’s life and throws out the crazy idea that they become an instant couple, David impulsively agrees and moves her into his tiny apartment. After some wild ups and downs, they make their home into a cave. A safe haven away from the world. But their retreat is fueled as much by drinking and escape as affection. When fantasies of children and a “normal” life compete with their bohemian ways, things turn ugly. Out of their cave, in the sober light of day, can David & Kat’s love survive?

FAREWELL TO FACTORY TOWNS? (2015)
Director: Maynard Seider
Country: USA, Running Time: 61m
What happens when the factories leave a typical New England mill town? Can a huge museum of contemporary art be the engine of economic development that the community needs? The documentary tries to answer that question and argues that what is really needed is a new “New Deal” – and not just for former factory towns.

INTERSECTION (2015)
Director: Tim French
Country: USA, Running Time: 80m
A broken man, haunted by a car crash that claimed the life of his daughter, returns to the same small town where the fateful accident occurred only to discover something he never expected to find – love.

JANEY MAKES A PLAY (2015)
Director: Jared Callahan
Country: USA, Running Time: 80m
Follow 90-year-old Janey as she writes and directs her latest original, socially relevant community theatre production for her small town. Watch the creative process unfold with a cast of colorful townspeople, as they engage with the arts amidst a local economy devastated by the recent recession.

NO LETTING GO (2015)
Director: Jonathan Bucari
Country: USA, Running Time: 104m
Based on the award-winning short film ILLNESS, NO LETTING GO tells the story of a young teenager struggling with a debilitating mental illness as his mom risks everything to save him without losing the rest of her family.

RIGHT OF PASSAGE (2015) – WORLD PREMIERE
Director: Janice Tanaka
Country: USA, Running Time: 98m
A bold, no-holds-barred look at the 50-year odyssey of the Civil Liberties Act of 1988, which offered an unprecedented US government apology to Japanese Americans who were imprisoned during World War 2. Presented through the Reagan Presidency, it is also an expose of a community known as the model minority.

THRESHOLD (2015)
Director: Vincenzio Libertini
Country: USA, Running Time: 111m
Three slackers wake up to find their friend is missing and in the search for his whereabouts they continue their normal routine that is both odd and compelling. When this routine becomes threatened they must face what’s been holding them back and cross the threshold into truly living.

THE TRICK TO ESCAPE A STRAITJACKET (2014)
Director: Rosie Nakamura
Country: USA, Running Time: 78m
An eccentric old man from a small town in Indiana recounts his passion for show business and the enchantingly bizarre stories of his life as he attempts to perform the one trick he’s always wanted to pull off: escaping from a straitjacket.

VANISHED (2014)
Directors: Daniel Beard, Candy J. Beard
Country: USA, Running Time: 121m
Chris and Carla Bennett had the perfect life until the day their nine year old daughter, Kimberly, was abducted in broad daylight. Days turn into weeks and weeks into months. All attempts to find her come up empty, leaving the entire community baffled. Who took Kimberly and why?

WHEN THE WORLD WAS FLAT (2015)
Director: Jonathan Lawrence
Country: USA, Running Time: 126m
Three boys, friends since they were children, support each other amidst a mix of absent, and negligent parental figures, and thrive in their own vitality, boldness, and loyalty. However, an unexpected accident threatens their loyalty, leaving the boys to struggle to keep from losing both themselves, and each other.

ACCORDING TO BEN ADAMS BILLIE BOB JOE CHANGING HANDS CHURCH GOSSIP DIRTY BEAUTIFUL FAREWELL TO FACTORY TOWNS? (2012) INTERSECTION JANEY MAKES A PLAY NO LETTING GO RIGHT OF PASSAGE THE ART OF WALKING BAREFOOT (2015) THE TRICK TO ESCAPE A STRAITJACKET THRESHOLD VANISHED WHEN THE WORLD WAS FLAT

Hugh Jackman Dances with the Fire Dragon in Hong Kong