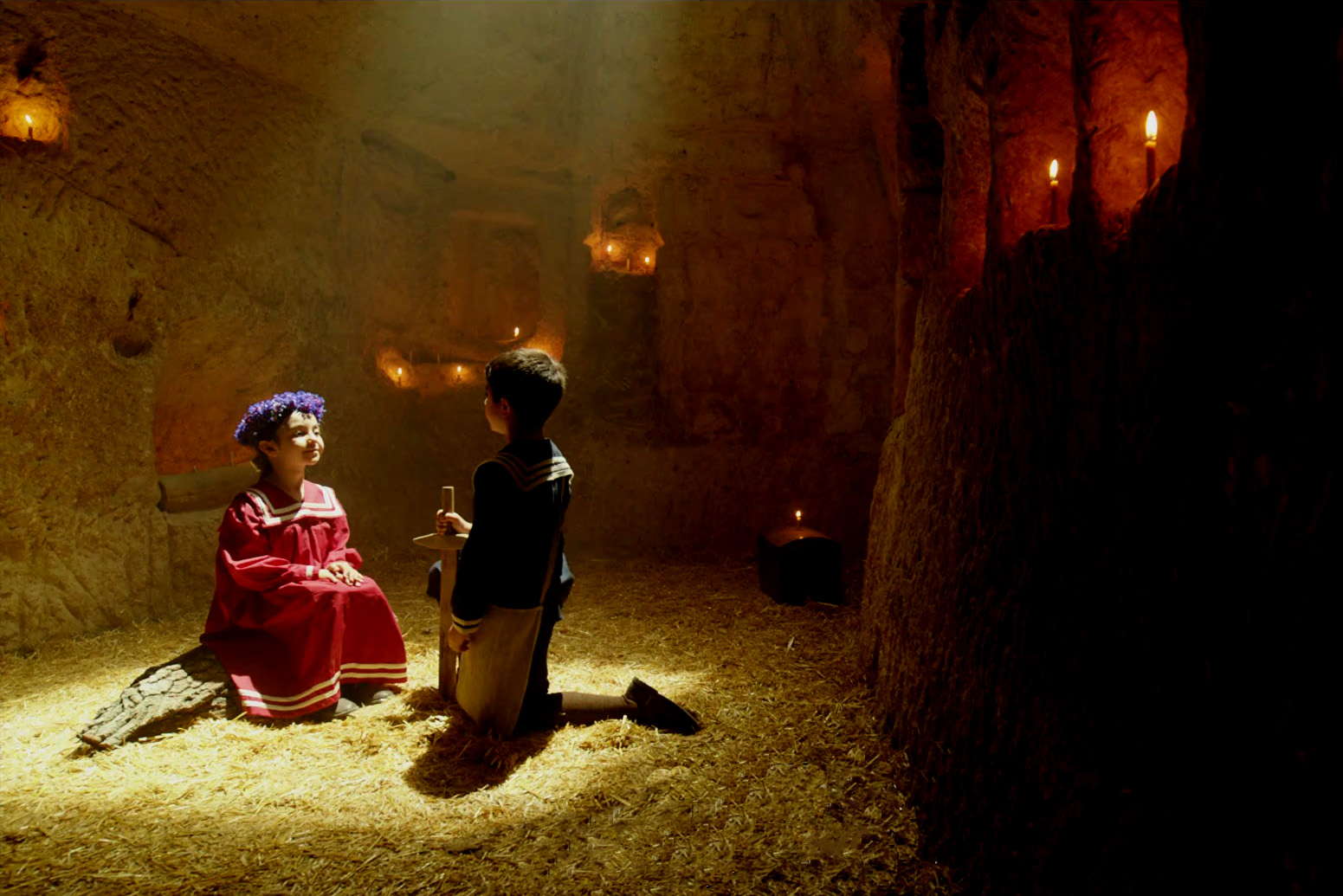 LOST BIRDS, the Opening night’s World Premier Film is from Turkey in Armenian and Turkish language filmed in Capadoccia, Turkey, by Aren Perdeci and Ela Alyamac.  For these two young co-directors, it took a five year journey to realize their passion project.  They shared directing, producing and writing duties.  Perdeci was also the director of photography of this amazingly beautiful film.  This movie presents a historical tragedy that takes place in 1915, from the point of view of two children.  The story is about Bedo, played by (Heros Agopyan) and Maryam, played by (Dila Uluca), whose beautiful, warm, and happy lives in Anatolia comes to an end when their grandfather played by ( Sarkis Acemoglu) is taken away by soldiers.  Out of extreme fear, their mother, played by (Takuhi Bahar), forbid the children to go outside, but being children, they sneak out to their favorite spot to play, only to come back to an empty home and an empty village. Their fear takes over, and with their bird that they had saved, they embark on a journey toward Aleppo to find their mother, and their fellow villagers.

This beautiful film made by an Armenian and a Turkish filmmaker with passion is a cinematographic beauty to watch.  September issue of “American Cinematographer” magazine has written a nine page article on Lost Birds under the title of “Lost and Found” with photo scenes from the film worth reading.

Aliyah Dada Armenia Sings on in Our Hearts Armenopolis Armenian Soul Daylight After a Century Goodbye Theresienstadt I Want to Be A King Lee Scratch Perry’s Vision of Paradise LOST BIRDS My Life in China N64Q: Born Free Off Our Village Paul the Birdman Superjednostka Tell Spring Not to Come This Year Three Windows and a Hanging