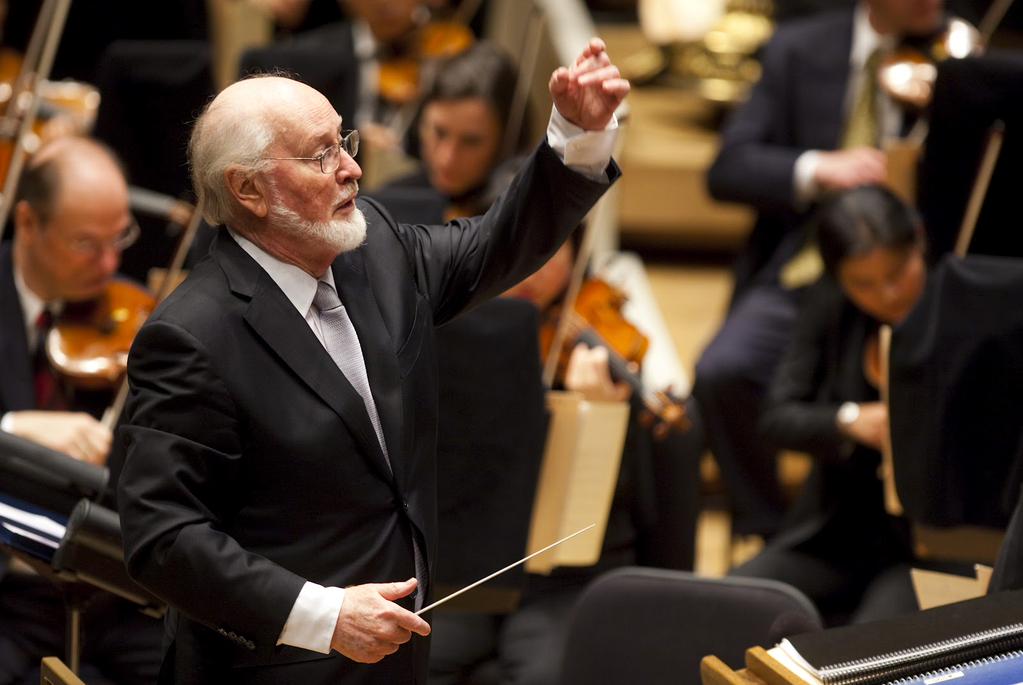 Composer John Williams will be the recipient of the 44th AFI Life Achievement Award, America’s highest honor for a career in film. For the first time in American Film Institute (AFI) history, the award will be bestowed upon a composer. Williams will be honored at a gala Tribute on June 9, 2016 in Los Angeles, CA. The AFI Life Achievement Award Tribute special will return for its fourth year with Turner Broadcasting to air on TNT in late June 2016, followed by an encore presentation on its sister network, Turner Classic Movies (TCM).

“John Williams has written the soundtrack to our lives,” said Sir Howard Stringer, Chair, AFI Board of Trustees. “Note by note, through chord and chorus, his genius for marrying music with movies has elevated the art form to symphonic levels and inspired generations of audiences to be enriched by the magic of the movies. AFI is proud to present him with its 44th Life Achievement Award.”

John Williams’ storied career as the composer behind many of the greatest American films and television series of all time boasts over 150 credits across seven decades. Perhaps best known for his enduring collaboration with director Steven Spielberg, his scores are among the most iconic and recognizable in film history, from the edge-of-your-seat JAWS (1975) motif to the emotional swell of E.T. THE EXTRA-TERRESTRIAL (1982) and the haunting elegies of SCHINDLER’S LIST (1993). Always epic in scale, his music has helped define over half a century of the motion picture medium. Three of Williams’ scores landed on AFI’s 100 Years of Film Scores — a list of the 25 greatest American film scores of all time — including the unforgettable STAR WARS (1977) soundtrack, at number one. With five Academy Award® wins and 49 nominations in total, Williams holds the record for the most Oscar® nominations of any living person.

Watch Williams at the AFI Life Achievement Award Tribute to George Lucas in 2005.

More About John Williams
Born and raised in New York, Williams moved to Los Angeles in 1948, where he studied composition with Mario Castelnuovo-Tedesco. After service in the Air Force, he returned to New York and studied piano with Madame Rosina Lhévinne at The Juilliard School, and also worked as a jazz pianist both in nightclubs and on recordings. He returned to Los Angeles and began his career in the film industry, working with many accomplished film composers including Bernard Herrmann, Alfred Newman, Henry Mancini, Elmer Bernstein and Franz Waxman. He went on to write music for more than 200 television films for the groundbreaking anthology series ALCOA THEATRE and KRAFT TELEVISION THEATRE. His more recent contributions to television music include the well-known theme for NBC NIGHTLY NEWS (“The Mission”), the theme for what has become network television’s longest-running series, NBC’s MEET THE PRESS and the theme for the prestigious PBS arts showcase GREAT PERFORMANCES.

Williams went on to compose the music and serve as music director for more than 150 films, including some of the most successful films of all time. His 40-year artistic partnership with director Steven Spielberg began in 1972 with the film THE SUGARLAND EXPRESS. The five Academy Awards® Williams has received are for: his adaptation of FIDDLER ON THE ROOF (1971), STAR WARS (1977) and hree of his scores with Spielberg: JAWS (1975), E.T. THE EXTRA-TERRESTRIAL (1982) and SCHINDLER’S LIST (1993). He is also the recipient of 22 Grammy Awards®.

Williams served as Music Director of the Boston Pops Orchestra for 14 seasons and remains their Conductor Laureate. He has composed numerous works for the concert hall, and maintains vibrant relationships with many of the world’s leading symphony orchestras. He has composed music for many important cultural and commemorative events, including the theme for the rededication of the Statue of Liberty in 1986 and themes for four Olympic Games. In 2003, he received the Olympic Order, the International Olympic Committee’s highest honor, for his contributions to the Olympic movement. He was a recipient of the Kennedy Center Honors in December of 2004 and the National Medal of Arts in 2009. Williams was inducted into the American Academy of Arts & Sciences in 2009 and in January of that same year, he composed and arranged “Air and Simple Gifts” especially for the first inaugural ceremony of President Barack Obama.