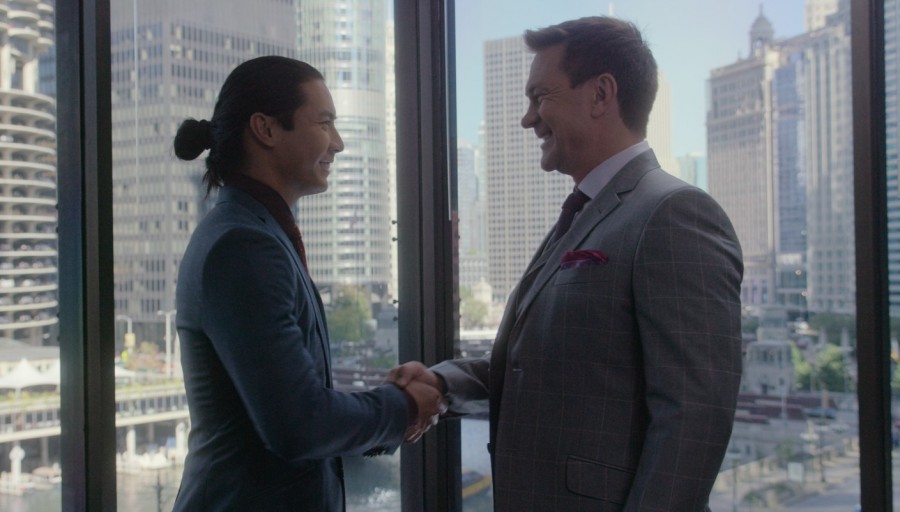 Renaissance Hotels and Marriott’s Content Studio have partnered with Substance Over Hype to produce a new comedy short film, BUSINESS UNUSUAL. Business Unusual will have a global multiplatform release in early 2016, including a limited theatrical release.

On the heels of “French Kiss” and “Two Bellmen,” Business Unusual, written and directed by Daniel Malakai Cabrera & Caine Sinclair, is the third original short film produced by the Marriott Content Studio.

Business Unusual centers around two ad executives and former colleagues, having just arrived in Chicago to compete against each other in a pitch. A pompous character, Chip, delivers the first pitch and receives extremely positive feedback from the clients. Following Chip’s seemingly successful presentation, David, (a less seasoned entrepreneur) nervously begins to present his pitch– when the client is suddenly called away to an emergency and is asked if he can finish the next day. David agrees and returns to his hotel. As he is anxiously preparing to revamp his pitch, the Navigator (Renaissance Hotels’ local concierge) persuades him to join other guests for an evening of discovery through beverage, food and local music in the hotel’s bar. Here he has a chance platonic encounter with a kind, wise, and successful woman named Ella. David finds his groove and is inspired to create an exceptionally fun and clever campaign, focused on the use of a Rube Goldberg machine that ultimately lands him the account. The Rube Goldberg machine in the film was designed by “America’s Got Talent” quarterfinalist Steve Price.