The San Francisco Film Society is launching a new documentary film series, Doc Stories, with the inaugural edition taking place November 5 to 8, 2015. Alongside the feature film selections, 2015 Doc Stories will also include a number of programs of short films, which will explore the importance of the form to contemporary journalism and the realities of online content consumption. The Opening Night will feature New York Times Op-Docs, and the Closing Night will feature Heart of a Dog directed by Laurie Anderson.

New York Times Op-Docs OPENING NIGHT
Filmmakers in conversation with Op-Docs series producer Kathleen Lingo
The New York Times, perhaps the world’s most influential and important media company, has been creating short-form content since 2011 and has also been especially supportive of Bay Area filmmakers. This program runs the gamut from Pentecostal preachers to klezmer-playing Holocaust survivors and celebrates this exceptional fusion of groundbreaking journalism and inspirational documentary filmmaking. (70 min)

This on-the-ground document of the Ukrainian civic uprising that resulted in the departure of President Viktor Yanukovych melds startling footage of events as they unfold with subsequent testimonials from witnesses and participants to create a visceral portrait of historic events and some of the individuals who made up a popular movement. Director Evgeny Afineevsky skillfully manages multiple perspectives and stories to create a coherent and vital rendering of history unfolding moment to moment.

Song of Lahore
Sharmeen Obaid-Chinoy (USA/Pakistan 2015, 82 min) Director and special guests in person
Pakistan’s Sachel Studios was founded in 2004 in an attempt to preserve and revive centuries-old musical traditions that faced extinction after the imposition of Sharia law in the ’70s and more current Taliban pressure discouraging musical performance. When a video of the group’s version of Dave Brubeck’s “Take Five” performed on traditional Pakistani instruments goes viral online, they get a chance to gain the kind of acclaim that Lahore’s musicians once enjoyed.

What Happened, Miss Simone?
Liz Garbus (USA 2014, 102 min) Director and special guest in person
After its glorious reception at SFIFF58, the Film Society offers another opportunity to see this extraordinary documentary on the big screen. A full biography filled with candid conversations, interviews, letters and performances, this film is the definitive take on Nina Simone’s life. Paying special attention to her career-jeopardizing choices during the Civil Rights movement and her insistence on justice and unflinching when presenting her surprising weaknesses, What Happened, Miss Simone? is a fitting portrait of an inimitable and powerful artist.

Cartel Land
Matthew Heineman (USA/Mexico 2015, 100 min) Director and special guests in person
This bold film gives extraordinary access to dangerous and sometimes deadly skirmishes in the Mexico-US drug wars, following vigilante groups on either side of the border as they empower themselves to take action against drug cartels that they feel are endangering their everyday lives. A vivid and sometimes brutal portrait of citizens motivated to take the law into their own hands, Cartel Land reveals fault lines and grey areas in every aspect of the conflict.

A Conversation with Davis Guggenheim
Academy Award-winning documentary filmmaker Davis Guggenheim will participate in an intimate onstage conversation about his documentary work and current film, He Named Me Malala, an intimate portrait of Nobel Peace Prize Laureate Malala Yousafzai and her fight for the rights of girls around the world. Guggenheim has directed some of the most successful documentaries of the last decade and this will be a rare opportunity to hear about his approach to his craft, and thoughts about the documentary form. (70 min)

Field of Vision
Series co-founder AJ Schnack in person
Launched in late September, Field of Vision is a new film unit committed to artistically thoughtful documentaries, rooted in investigative journalism. Created by Oscar winner Laura Poitras (Citizenfour), AJ Schnack (Caucus) and Charlotte Cook, Field of Vision will pair filmmakers with developing and ongoing stories around the globe. Join co-creator AJ Schnack for a selection of original films from the inaugural season and a conversation about the series’ creation and the current state of short-form documentary. (TRT 90 min) 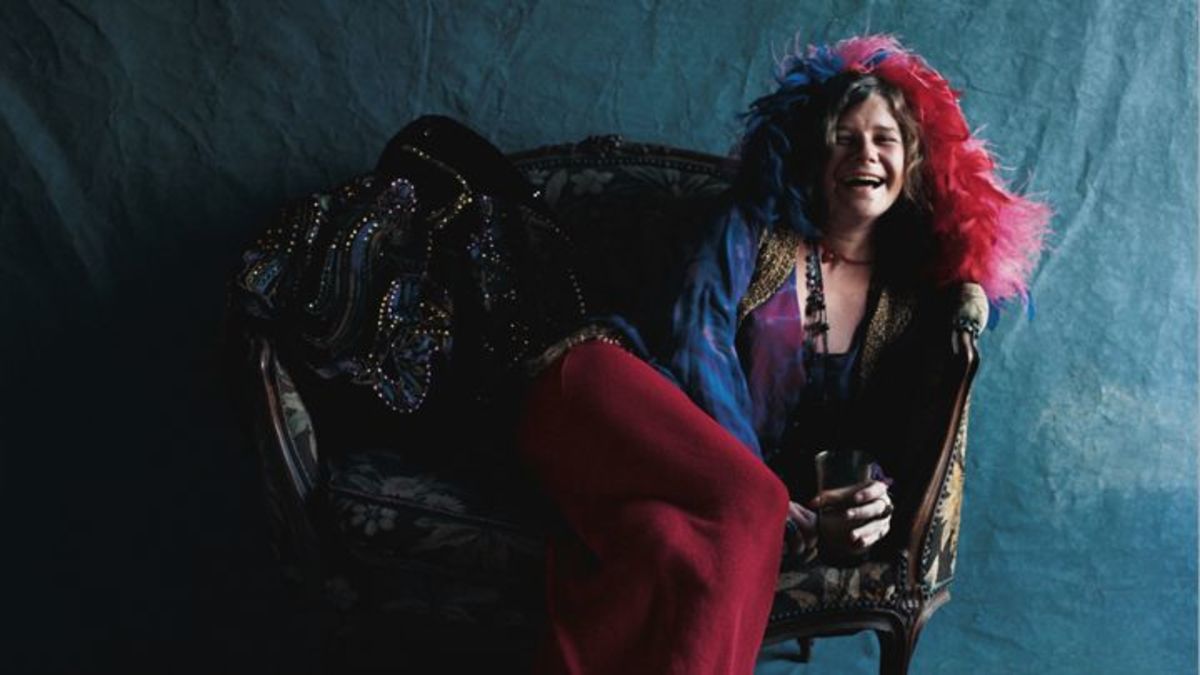 Most of us are familiar with the iconic Janis Joplin, troubled wild child of the San Francisco music scene of the ’60s who died tragically of an overdose at the age of 27. Amy Berg goes beyond the legend to present an intimate portrait of a complicated artist, weaving archival material-some of it never seen before-with compelling interviews and Joplin’s reflective letters to friends and family, read with a bright sweetness by Chan Marshall (Cat Power).

Profiles in Courage: Short Documentaries from HBO
Filmmakers in person
Ebola in Liberia, LGBT rights in Cuba, a brave Nepalese couple seeking to regain their eyesight. HBO has long been the acknowledged leader in the documentary world, and never more so than now. These inspiring short films-all strong contenders for the Academy’s short list for short documentary films-show the unique global perspective and entertaining storytelling style that make HBO such an important contributor to film culture. (TRT 93 min)

Thank You for Playing
David Osit and Malika Zouhali-Worrall (USA 2015, 82 min) Co-directors in person
When video game developer Ryan Green’s very young son Joel is diagnosed with terminal brain cancer, he turns to what he knows best to combat his family’s emotional upheaval-he creates a game. With great emotional power, co-directors David Osit and Malika Zouhali-Worrall create an intimate space for their heart-rending documentary that demonstrates how art and technology can help process grief and combat the various dragons everyone must try to slay. 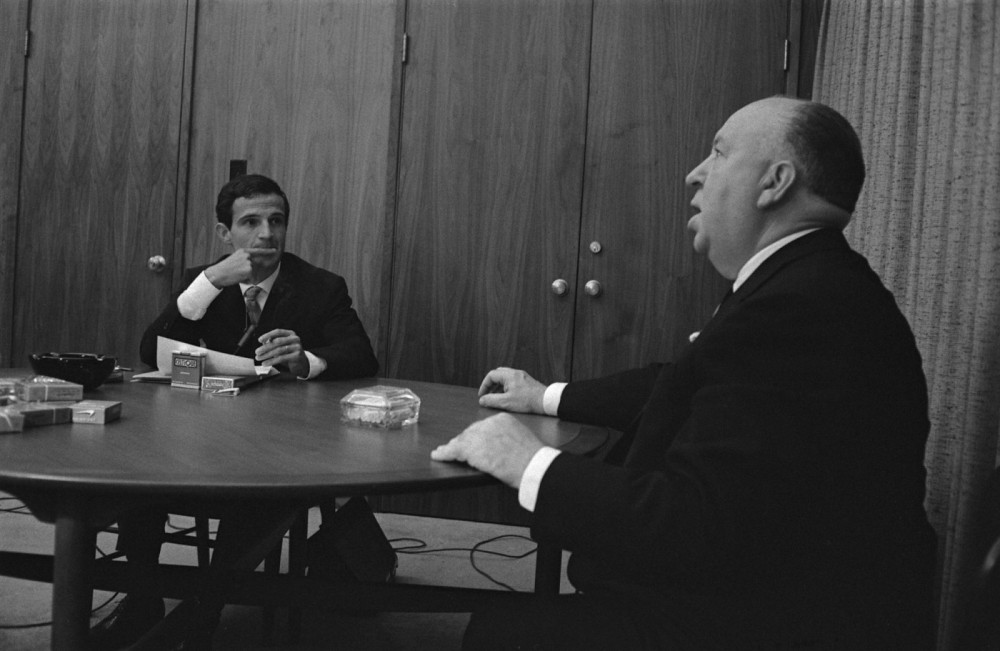 One of cinema’s most influential books is brought vividly to life in Kent Jones’s enjoyable and expertly constructed documentary that illuminates the careers of and relationship between two of cinema’s greats, Alfred Hitchcock and François Truffaut. Featuring audio recordings of the interview between the two masters, gorgeous film clips and interviews with directors such as Wes Anderson, David Fincher, Olivier Assayas and Martin Scorsese, this is essential viewing for any lover of cinema.

Heart of a Dog CLOSING NIGHT
Laurie Anderson (USA 2015, 75 min) Director in person
Laurie Anderson’s playful essay film is nominally a tribute to her rat terrier, Lolabelle. In her inimitable way, Anderson takes this canine paean as her center and folds in a world of moving, funny and salient ideas about life, death, love, truth, memory, Buddhism and our four-legged soul mates. Skillfully weaving personal memories with inspired connections to current events and philosophy, Anderson creates a funny and moving meditation for dog lovers and other humans.