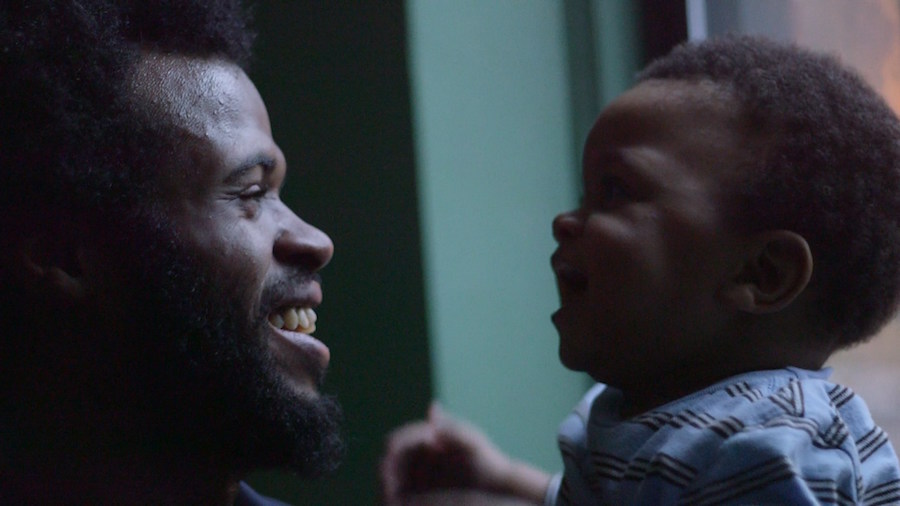 DADDY DON’T GO directed by Emily Abt, and Executive Produced by Omar Epps (Resurrection) & Malik Yoba (Empire) will premiere at the 2015 DOC NYC on November 14th. “Daddy Don’t Go” captures two years in the lives of four disadvantaged fathers in New York City as they fight to defy the odds against them.

DADDY DON’T GO follows the lives of four young fathers – Alex, Nelson, Roy and Omar – as they struggle to navigate parenthood. For disadvantaged men, parenting is a daily decision. Filmed over the course of two years by acclaimed filmmaker Emily Abt, DADDY DON’T GO illuminates the various socioeconomic pressures low-income fathers face and provides compelling portraits of men who persevere. Epic in scale but intimate in focus, the film shows viewers how men can still be present fathers despite having limited means and facing certain obstacles. By allowing the viewer extraordinary access into the daily lives of its subjects, DADDY DON’T GO removes the negative lens through which underprivileged fathers are currently viewed and offer audiences a new image of the American family.

Alex, 26, is a single father of West Indian descent who lives with his toddler son in a decaying Harlem shelter. “I gotta be dead or someone would have to beat me up for me to be a deadbeat dad,” says Alex when asked if he fears being separated from his son. Alex keeps Junior out of the foster care system but then faces a new challenge to his family’s well-being: possible jail time.

Roy, 29, is an ex-offender who has full custody of his toddler son Caiden. Roy and Caiden live with his parents as Roy tries to overcome his criminal past as well as a troubled relationship with his own father. Roy is determined to raise his own son differently than the way he grew up: “A 16-year old doesn’t catch a life-sentence for no reason…I won’t let my son have demons like I did.”

Omar, 36, has full-custody of three children with special needs. He strives to prove to the judge in Bronx Family Court that he is fit to parent in spite of multiple challenges. When Omar feels that his children are being jeopardized by his romantic relationship, he is faced with an impossible decision. “I feel like being a father is the only thing I’m good at and that’s what makes me not give up,” declares Omar.

Nelson, 27, is a former Latin King gang member and full-time daddy to his toddler son and two girls from his partner Rebecca’s previous relationships. Nelson is adamant about staying away from “street life” even in the face of unemployment. In his own words: “It’s real hard out here to get a job. Sometimes I feel like going back to my old ways but I choose not to. It’s not just me anymore, I have a family.”

Filmmaker Emily Abt was one of Variety Magazine’s “Top 10 Directors to Watch,” and has produced and directed documentaries for PBS, OWN, MTV, Showtime and the Sundance Channel. Abt earned her MFA from Columbia University, receiving a Fulbright fellowship for her thesis film. Her documentary features include TAKE IT FROM ME (2001 POV) and ALL OF US (Showtime’s 2008 World AIDS Day film). Abt’s first narrative feature, TOE TO TOE, premiered at Sundance 2009 and was released in 2010 by Strand Releasing. AUDREY’S RUN, Abt’s most recent narrative feature which she wrote and will direct, is currently in development with Paula Patton (Duncan Jones’ WARCRAFT), Mike Epps (Lee Daniels’ RICHARD PRIOR: IS IT SOMETHING I SAID?) and Pablo Schreiber (ORANGE IS THE NEW BLACK) starring. Abt’s latest documentary DADDY DON’T GO will have its world premiere at the 2015 DOC NYC.