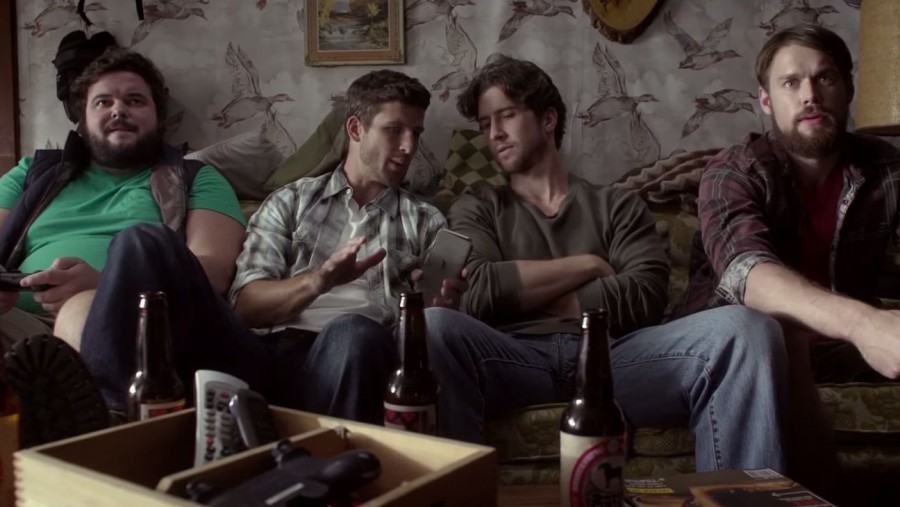 The comedy film 4th Man Out, from director Andrew Nackman which won the Outstanding Narrative Feature prize at 2015 Outfest, will be released on VOD and in theaters on February 5, 2016, via Gravitas Ventures.

Just like his pals, twenty-something auto mechanic Adam enjoys beer, hockey and inappropriate bodily functions. But Adam also likes guys. A hilarious mash-up of man-child and coming-out comedies, FOURTH MAN OUT examines a small-town, blue-collar guy who lets his friends know he’s gay – and what happens when they try to help him find a boyfriend. Both rudely funny and daring in its exploration of the kind of gay man we rarely see on the big screen, this bawdy comedy features Chord Overstreet (“Glee”) and Kate Flannery (“The Office”).

Australian Horror Film THE PACK, to Get a Spring 2016 Release | TRAILER