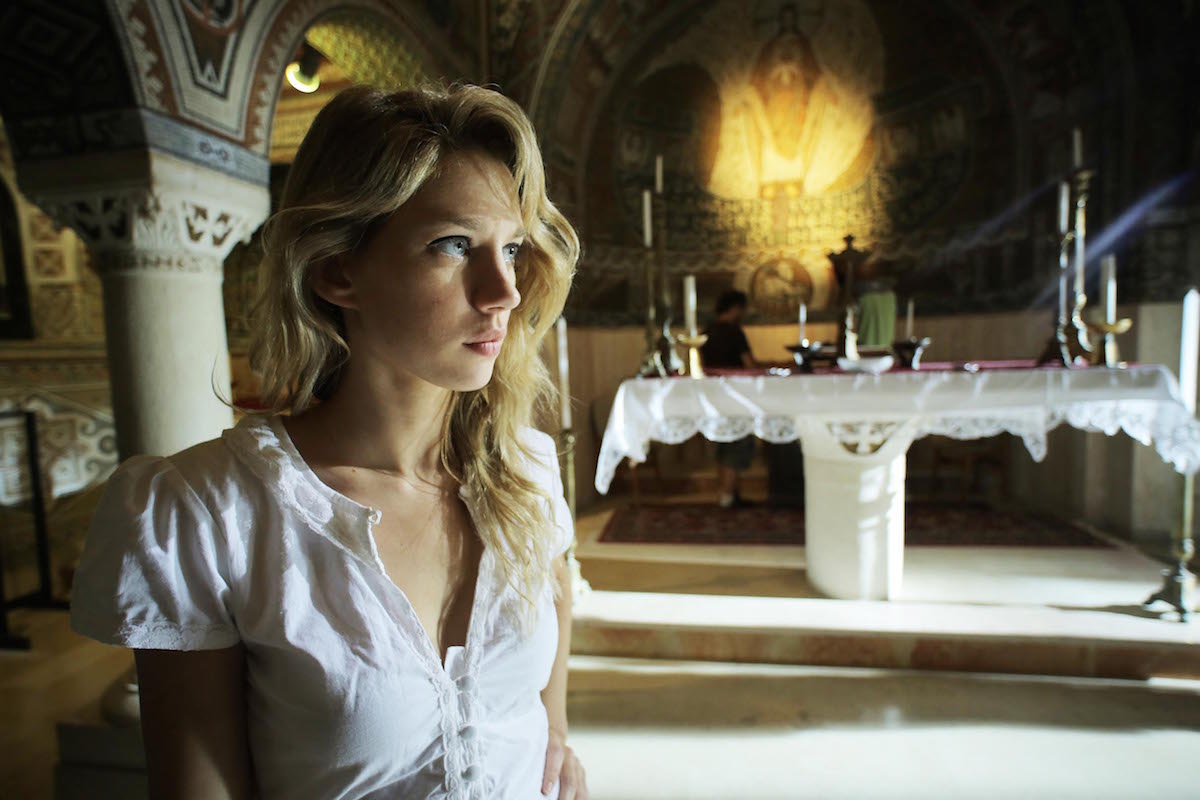 The award-winning Israeli horror film JeruZalem will be released in the US on January 22nd, 2016 via Epic Pictures Releasing. The film world premiered at the 2015 Fantasia International Film Festival and, among other awards, was recognized with the Audience Award and Best Editing Award at the 2015 Jerusalem Film Festival.

A unique, point-of-view style horror film directed by Doron and Yoav Paz, JeruZalem follows Rachel (played by Jane the Virgin star Yael Grobglas), and her friend Sarah (Danielle Jadelyn), two American girls on vacation in Jerusalem. The two follow Kevin (Yon Tumarkin), a mysterious and handsome anthropology student, into the heart of the Old City. The party is cut short when a biblical prophecy comes to pass on the night of Yom Kippur and Jerusalem’s gate to hell is opened, releasing an epic apocalypse. Trapped between the ancient walls of the holy city, the trio must survive long enough to find a way out as the fury of hell is unleashed upon them.

Shooting on location amongst the monuments of Jerusalem’s Old City, The Paz Brothers directed the film utilizing a custom-made camera mount to capture some of the holy’s city’s ancient architecture, religious landmarks and historical sites. The film features extensive point-of-view footage, shown from the perspective of Sarah’s Google Glass-type smart eyewear, as she uses the glasses’ GPS, facial recognition and other apps to navigate the city and identify potentially threatening strangers.

“The Paz Brothers first feature, Phobidilia, premiered at the Toronto Film Festival and was the Israeli film that ignited the genre wave from that country. With their second feature, JeruZalem, they have created a remarkable, cinematic film that demands to be seen in theaters,” commented Epic Pictures CEO Patrick Ewald. “We’re thrilled to bring the film to audiences across the country.”