Kenji Mizoguchi’s First Masterpiece, THE STORY OF THE LAST CHRYSANTHEMUM, to NY Premiere on Christmas Day 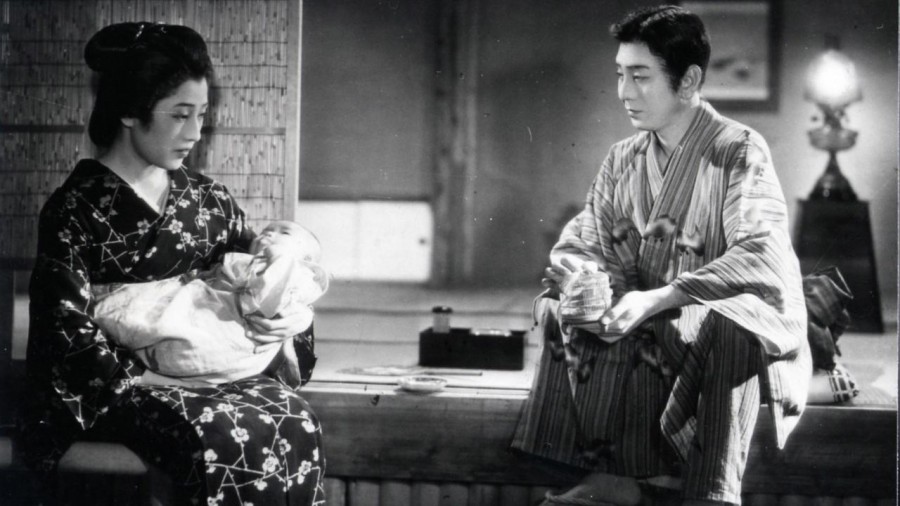 The Story of the Last Chrysanthemum is Japanese master Kenji Mizoguchi’s hauntingly beautiful adaptation of Shofu Muramatsu’s popular novel, starring Shotaro Hanayagi as Kikunosuke Onoe, a young actor and the adopted son of a Kabuki star in late-19th-century Tokyo. Failing to meet the standards set by his father, Onoe estranges himself from his family by entering into a relationship with Otoku (Kakuko Mori), his newborn brother’s nurse who makes agonizing self-sacrifices to advance her beloved Onoe’s career.

Mizoguchi thoughtfully conveys a culture’s social limitations and repressive gender roles while maintaining a pitch-perfect balance of tragedy and romance. With its flowing camera movements, delicate long takes, and measured choreography of actors, this masterpiece is marked by splendorous interplay of movement and space, and is a poignant tale of conflict between generations and female sacrifice.

The Story of the Last Chrysanthemum premiered at the 2015 Cannes Film Festival in a new digital restoration—made from a 4K film transfer by Shochiku and presented by Janus Films—and the Film Society of Lincoln Center is pleased to host this long-overdue revival of one of Mizoguchi’s defining achievements, never before released in New York.

Here is a clip (not digitally restored)

The Story of the Last Chrysanthemum