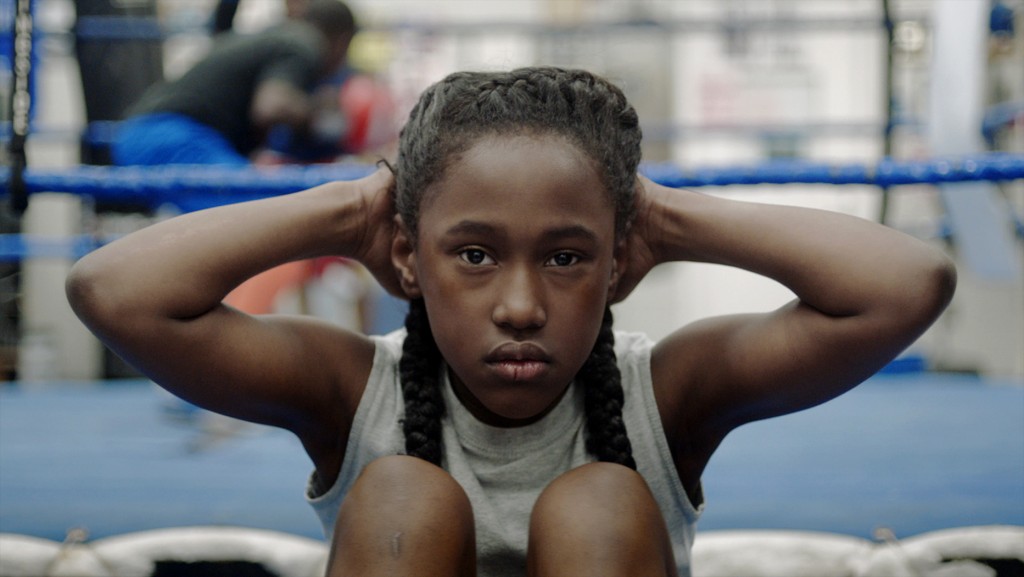 Oscilloscope has released the new trailer and poster for The Fits, a psychological portrait of 11-year-old Toni—a tomboy assimilating to a tight-knit dance team in Cincinnati’s West End.

Enamored by the power and confidence of this strong community of girls, Toni eagerly absorbs routines, masters drills, and even pierces her own ears to fit in. When a mysterious outbreak of fainting spells plagues the team, Toni’s desire for acceptance is twisted.

Toni trains as a boxer with her brother at a community center in Cincinnati’s West End, but becomes fascinated by the dance team that also practices there. Enamored by their strength and confidence, Toni eventually joins the group, eagerly absorbing routines, mastering drills, and even piercing her own ears to fit in. As she discovers the joys of dance and of female camaraderie, she grapples with her individual identity amid her newly defined social sphere.

Shortly after Toni joins the team, the captain faints during practice. By the end of the week, most of the girls on the team suffer from episodes of fainting, swooning, moaning, and shaking in a seemingly uncontrollable catharsis. Soon, however, the girls on the team embrace these mysterious spasms, transforming them into a rite of passage. Toni fears “the fits” but is equally afraid of losing her place just as she’s found her footing. Caught between her need for control and her desire for acceptance, Toni must decide how far she will go to embody her new ideals.