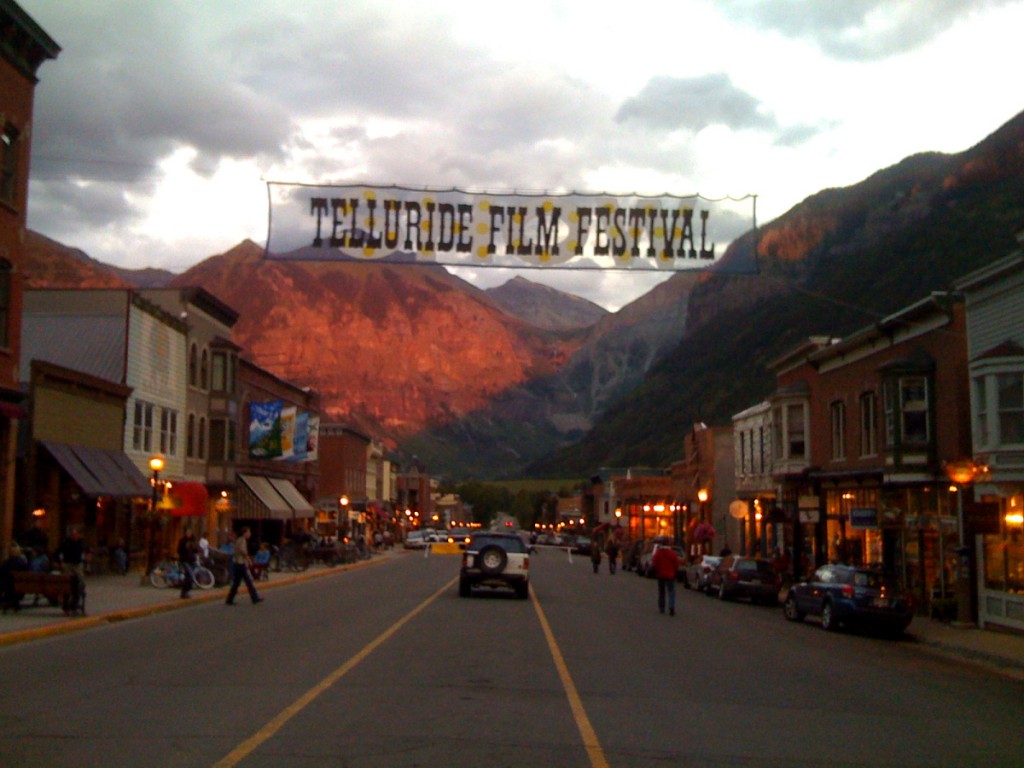 Illustrator, designer and art director Yann Legendre has been selected as the artist for the 43rd Telluride Film Festival poster. The festival will run September 2 to 5, 2016.

Born in France in 1972, Yann Legendre is an internationally recognized illustrator, designer and art director. His illustrations have appeared in the Wall Street Journal, The New York Times, GQ, Creative Review, Stylist Magazine and more. He regularly creates illustrations for Universal Music in London, the Steppenwolf Theater in Chicago, Janus Films and the Criterion Collection in New York. In 2011, CB2 (Crate&Barrel) commissioned him to illustrate a new collection of home furniture called “Fresh Ink“. In 2010 he started a collaboration with the American filmmaker Joe Swanberg, designing and illustrating all of the director’s movie posters. That same year Yann received the “Award of Excellence for the Best Movie Poster Design” from the SXSW Film Festival in Austin. His latest illustrated books included “Grimm’s Fairy Tales”, (Rockport, 2014) and “Couture Confessions: Fashion Legends in Their Own Words” (Rizzoli, 2016). Yann splits his time between France and the United States.

“Let me start by saying that it’s a great honor to be invited to design the poster of the 2016 Telluride Film Festival and a real challenge as well,” says Legendre. “During the Festival, Telluride is all about films and the love for cinema. While in the town, if you are looking carefully around, you may have a chance to see that even in the middle of the mountains the Yeti is trying his best to be involved in the Festival and hoping to become a movie star, by reaching the summit, literally and figuratively. I use this metaphorical scene to introduce the Telluride Film Festival as a unique place where the magic of cinema happens with a good dose of humor!”

“Yann’s work is immediately recognizable for both its innovation and character,” comments Telluride Film Festival executive director Julie Huntsinger. “His unique vision and dose of humor are what attracted me to his designs and translated perfectly on to the page to create this year’s festival poster. “