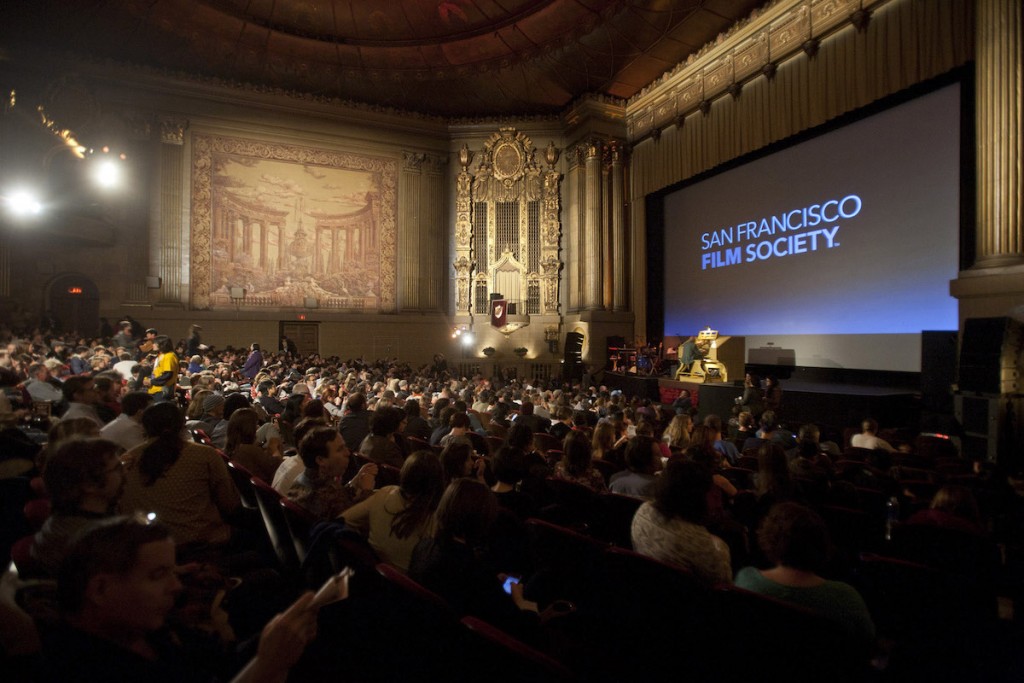 Three filmmakers are winners of the 2016 San Francisco Film Society SFFS Documentary Film Fund awards totaling $75,000,which support feature-length documentaries in postproduction. The SFFS Documentary Film Fund was created to support singular nonfiction film work that is distinguished by compelling stories, intriguing characters and an innovative visual approach. Jeremy Levine and Landon Van Soest’s For Ahkeem, Alyssa Fedele and Zachary Fink’s The Rescue List and Peter Bratt’s Woman in Motion were each awarded significant funding that will help push them towards completion.

The SFFS Documentary Film Fund has an excellent track record for championing compelling films that have gone on to earn great acclaim. Previous DFF winners include Zachary Heinzerling’s Cutie and the Boxer, which won Sundance’s Directing Award for documentary, was distributed theatrically by RADiUS-TWC and was nominated for the 2014 Academy Award® for Best Documentary Feature; Moby Longinotto’s The Joneses, which premiered at the 2016 San Francisco International Film Festival and is currently garnering excellent reviews on the international festival circuit; Joe Brewster and Michèle Stephenson’s American Promise, which premiered at the 2013 Sundance Film Festival and won the festival’s Special Jury Prize in the documentary category; and Shaul Schwarz’s Narco Cultura, which premiered to strong reviews at Sundance the same year.

“These projects are great examples of balance between artistic vision and social impact,” remarked the jury. “They tell neglected or overlooked stories by exploring the lives of very interesting characters who stand for larger social issues. For Ahkeem is an extremely patient verité film, yet with a sense of political urgency in the way it tackles its complex subject. The Rescue List portrays an artful balance of ethnography and visual poetry while it brings to light the overlooked reality of child labor and slavery in Ghana. And with Woman in Motion, there is a clear need to make this story known to a large audience; this is the right time for the story to be told and Peter Bratt is the right filmmaker to do it.”

For Ahkeem
Jeremy Levine and Landon Van Soest, codirectors — $25,000
For Ahkeem follows Daje Shelton, a 17-year-old Black girl from north St. Louis, Missouri as she strives to graduate from the nation’s only court-supervised public high school. Daje fights for her future as close friends are killed, her sixteen-year-old boyfriend Antonio is sent to jail and nearby Ferguson erupts after the police shooting of Michael Brown. Through Daje’s intimate first-person account, For Ahkeem explores the complex web between juvenile justice, education and race in America today.

Jeremy Levine and Landon Van Soest are an Emmy award-winning documentary filmmaking team. Their latest feature documentary, Good Fortune, about two Kenyans battling major foreign aid efforts that bring them more harm than benefit, was broadcast to millions of viewers in prime time on the PBS series POV. Good Fortune received a National Emmy Award in addition to awards for international reporting and promoting social justice from the Overseas Press Club, Fledgling Fund, and Witness. Their previous documentary Walking the Line, about vigilantes on the US-Mexico border, was broadcast nationally in five countries and recognized with awards for production, reporting and preserving human rights. Levine and Van Soest cofounded Transient Pictures, a full service production company that produces original content for organizations like Facebook, Unicef, Ben & Jerry’s, Toyota, and Lincoln Center. The team also co-founded the Brooklyn Filmmakers Collective, a not-for-profit group of professional filmmakers who come together weekly for feedback and support.

The Rescue List
Alyssa Fedele and Zachary Fink, codirectors — $35,000
The Rescue Listfollows the incredible journey of two boys in Ghana as they escape from slavery, spend a year in a hidden rehabilitation shelter, and are eventually reunited with their families. Meanwhile, the man who rescued them goes back on a covert rescue mission to liberate more children. For him, the work is personal.

Alyssa Fedele is an award-winning documentary filmmaker and co-founder of Collective Hunch, a San Francisco-based production company. She produced and edited the short documentary film The Ride of Their Lives, which was directed by critically acclaimed director Steve James and premiered at Sundance in January 2016. Fedele directed Family of the Wa’a, an award-winning feature-length documentary film. She has also produced and edited short documentaries for the Getty Museum, Teaching Channel, Pearson Foundation and Hewlett Foundation. Fedele has an MA in Visual Anthropology and a background in ethnographic filmmaking.

Woman in Motion
Peter Bratt, writer/director/producer — $15,000
A fiercely passionate and equally courageous Latina woman, young Dolores Huerta completely transforms her life when she embraces the spirit of revolt in 1950’s California, and goes on to cofound the country’s first farm worker’s union with the legendary Cesar Chavez. Introspective yet sweeping, both personal and political, Woman In Motion defines how precarious success can be, as impossible choices are made between motherhood and political advancement.