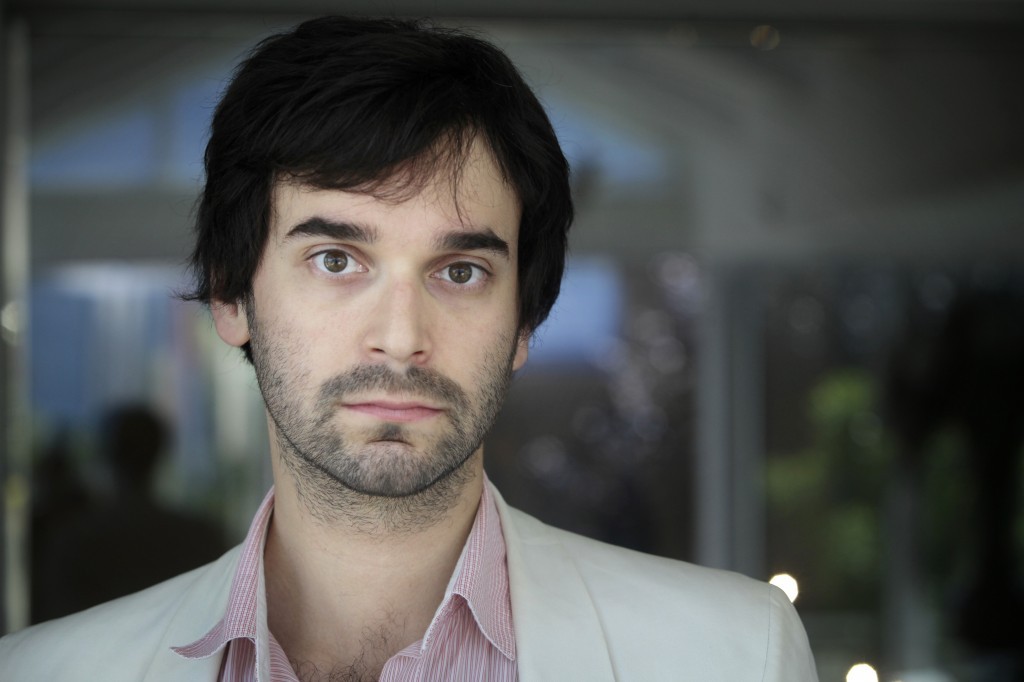 Alex Ross Perry, one of the rising stars of American independent cinema, is headed to the 2016 Bratislava International Film Festival where he will personally present all of his feature-length films and also hold a special masterclass. The 18th edition of the Bratislava IFF will take place from November 11 through 17 in Bratislava, Slovakia.

A director, writer and occasional actor, Alex Ross Perry is a 32-year-old independent filmmaker who has become known for making small and seemingly inconspicuous films on a shoestring budget that tend to attract cinemagoers who appreciate tight writing. In his motion pictures, critics have detected inspirations by Woody Allen, Noah Baumbach, Roman Polanski or Philip Roth. So far, he scored greatest success with Listen Up Philip (2014) that took Special Jury Prize from the Locarno IFF and Queen of Earth (2015) that gave Elisabeth Moss, a star from the Mad Men series, her best big screen role to date.

Perry made his debut in 2009 by adapting Impolex, a namesake novel by Thomas Pynchon. A comedy with absurd elements tells a story of an American soldier that has been charged with a task to locate and retrieve Nazi V-2 missiles at the end of World War II. His roaming through the forest becomes ever more frustrating, mostly on account of the peculiar characters he keeps meeting on his way.

His first true international success came with The Color Wheel (2011), a screwball comedy full of quick dialogue and black humor. The story revolves around a guy who escorts his sister (played by Perry and Carlen Altman who also co-wrote the script) to her ex-boyfriend’s place to help her collect her things. What starts out as run-of-the-mill sibling banter leads to discussing family traumas and problems of coming to terms with the past.

Listen Up Philip (2014) was Perry’s first major project, which catapulted him to the limelight after premiering at the prestigious Sundance film festival and earning practically unanimous critical acclaim. It stars talented Jason Schwartzman who plays a narcissistic and misanthropic writer who impatiently awaits publication of his second novel. Meanwhile, he wanders through the streets of New York, arguing with anybody who crosses his path and desperately trying to find some peace of mind until his literary idol comes to the rescue.

So far, Perry’s last film is Queen of Earth, a claustrophobic drama à la Roman Polanski that is pretty much the opposite of his previous film. It takes place in the course of one week in a lake house where Catherine (Elisabeth Moss) comes to visit her girlfriend (Katherine Waterston) in order to get over a break-up with her lover and a death of her father. What ensues is the two women’s escalating struggle for dominance that gradually steers Catherine toward madness.

Despite the success he has had, Alex Ross Perry remains faithful to making modestly budgeted films largely outside the system. During the upcoming edition of the Bratislava IFF, festival-goers may look forward to meeting Mr. Perry in person and asking him all sorts of questions, for instance what artistic freedom means to him, why he still shoots on conventional film stock or why he is interested in characters that are going through a crisis.

Listen Up Philip Queen Of Earth The Color Wheel

Geoff Redknap's THE UNSEEN to Premiere in U.S. at Screamfest Horror Film Festival