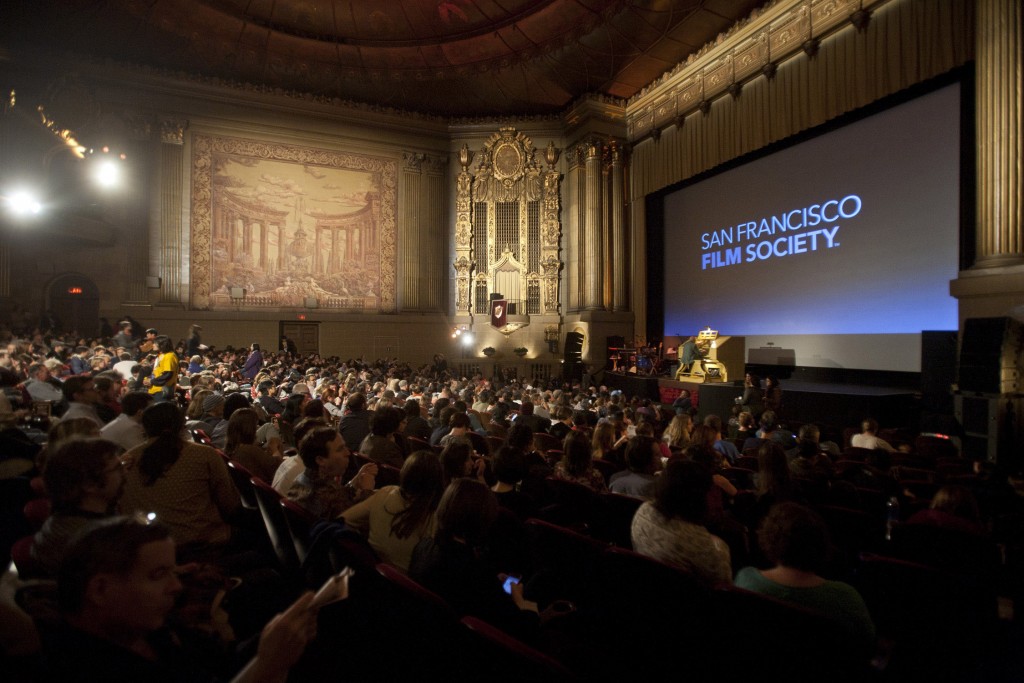 The San Francisco Film Society announced the latest group of individuals and institutions to be added to Essential SF, the Film Society’s ongoing compendium of the Bay Area film community’s most vital figures and institutions. Each fall a new group of local cinematic luminaries is added to the growing list of diverse talent, and this year’s inductees — filmmaker Peter Bratt, film organization Center for Asian American Media, festival photographer Pamela Gentile, documentary filmmaker Carrie Lozano, entertainment attorney George Rush, and film programmer Joel Shepard — will be feted by special guest presenters and Film Society staff at a special private reception. Essential SF 2016 is made possible by the generous support of the San Francisco Film Commission.

“It’s an immense privilege to be a part of the wonderful Bay Area film community,” said Rachel Rosen, SF Film Society director of programming. “Essential SF is a way for the Film Society to acknowledge the richness of innovation and talent that makes this community so brilliant and unique, and to call attention to the amazing individuals and organizations we think have really made a difference in local film culture.”

For the past 30 years, Pamela Gentile has been photographing the San Francisco International Film Festival. She has also photographed the Telluride Film Festival, the Abu Dhabi Film Festival, and the San Francisco Silent Film Festival, among others. Her photos of film festivals have appeared locally and internationally in Vanity Fair and the New York Times and are collected in a permanent exhibition in San Francisco’s Presidio. Shot during screenings and events or in the odd moments in between, her photographs capture the atmosphere of a film festival in a personal visual narrative while her portraits of filmmakers and actors form an enduring historical record of the influential figures in world cinema.

Carrie Lozano is an award-winning documentary filmmaker and journalist. She currently consults for independent documentary filmmakers, facilitates the Bay Area Video Coalition’s National MediaMaker Fellowship, and works with the International Documentary Association to help identify ways to support filmmakers working in the journalism space. She was executive producer for documentaries at Al Jazeera America and senior producer of the network’s investigative series Fault Lines, where her team garnered numerous awards, including an Emmy, a Peabody, and several Headliner Awards. Among other work, she produced the Academy Award-nominated The Weather Underground. Her most recent film, The Ballad of Fred Hersch, premiered at Full Frame in 2016.

George M. Rush is an attorney who has practiced law since 2001. Rush received his JD from University of California Hastings College of the Law (2000) and received his undergraduate degree in English from University of California at Berkeley (1996). He is dedicated to supporting independent filmmakers, stewarding them in the business and legal issues to make films both commercial and artistic successes. His clients include producers, directors, screenwriters, and investors in development, production, and distribution phases of filmmaking. Rush collects Soviet propaganda and is a fervent supporter of Cal football.

Joel Shepard has served as Film/Video Curator at Yerba Buena Center for the Arts since 1997. He was named “Best Local Film Programmer” by SF Weekly, and in 2014 the San Francisco Film Critics Circle gave him the Marlon Riggs Award for Courage & Vision in the Bay Area Film Community. He co-curates “New Filipino Cinema,” the largest annual showcase of independent film from the Philippines. Prior to joining YBCA, Shepard was Associate Director of SF Cinematheque, and film programmer for Film in the Cities and the University Film Society in Minneapolis/St. Paul. Shepard is a graduate of the School of the Art Institute of Chicago.