ANDRE THE GIANT Documentary in the Works at HBO 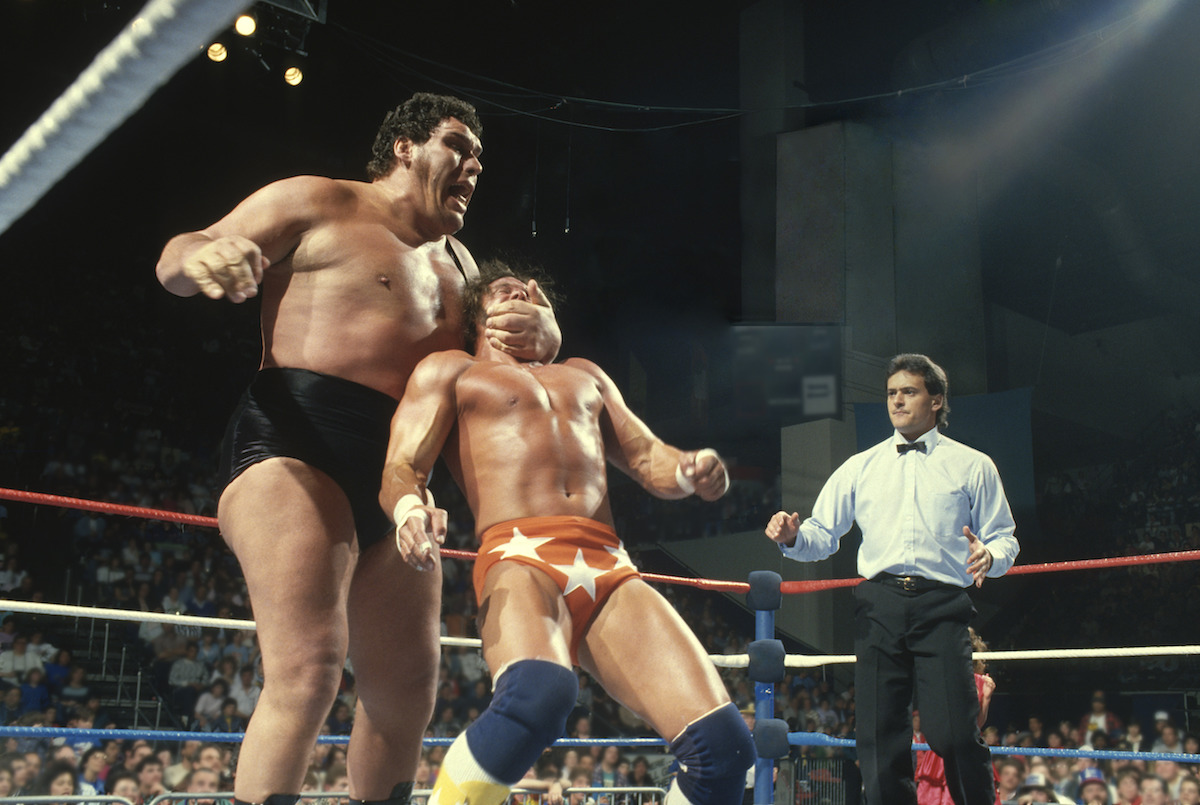 WWE in partnership with HBO Sports and the Bill Simmons Media Group will produce ANDRE THE GIANT, a documentary film examining the life and career of one of the most beloved legends in WWE history. The ambitious and wide-ranging documentary film will explore Andre’s upbringing in France, his celebrated career in WWE and his forays in the entertainment world.

“For more than 20 years, Andre the Giant’s larger than life personality and unique charisma captured the imagination of fans around the world,” said WWE Chairman & CEO Vince McMahon. “I will always value our friendship, and I am proud to tell the story of the ‘Eighth Wonder of the World’.”

Emmy-Award winning director and producer Jason Hehir will serve as the film’s director. HBO Sports and WWE are partnering for the first time ever on this full-length signature presentation, which will combine never-before-seen footage and revealing interviews for a comprehensive and intimate portrait of one of WWE’s most beloved, yet largely unknown figures. Interviews will include WWE Superstars, sports and entertainment executives, athletes, media, family, friends and associates.

André René Roussimoff was born in 1946 in Grenoble, France. Early in his teenage years, he exhibited signs of gigantism, rapidly growing to more than seven feet, though he was not diagnosed with acromegaly until his twenties. He began his training in Paris at 17 and eventually became known in wrestling circuits around the world, including Europe, Australia and Africa. In 1970, Roussimoff made his Japanese debut, which put him on the radar of Vince McMahon Sr., founder of what is now known as World Wrestling Entertainment.

In 1973, Andre joined the organization where McMahon Sr. famously billed him as Andre the Giant. Andre’s unique voice and athletic prowess, coupled with his more than 500-pound, seven-foot, four-inch frame, made him an unforgettable attraction.

During his ascension to the top of the ranks, Andre engaged in memorable matches with Killer Khan, Big John Studd and King Kong Bundy and compiled an undefeated streak that lasted for the better part of a decade. In 1987, Andre hit the pinnacle of his career during his rivalry with Hulk Hogan, one of the biggest stars in WWE and pop culture history. As a new villain, Andre squared off with Hogan at WrestleMania® III at the Silverdome in Michigan, and in one of the most memorable moments in history, Hogan body-slammed Andre to retain the championship in front of 93,173 fans.

While wrestling’s fan base continued to grow, Roussimoff’s health began to decline. Despite his health issues, the “Eighth Wonder of the World” remained at the forefront during the company’s golden era. Following WrestleMania III, Andre took on other WWE Legends such as Jake “The Snake” Roberts™, “Macho Man” Randy Savage™ and The Ultimate Warrior® and participated in numerous marquee events until 1991. Andre became the first-ever inductee into the WWE Hall of Fame in 1993.

Roussimoff’s larger-than-life personality also allowed him to pursue a career in acting. He appeared in television sitcoms and films during the ‘70s and ‘80s, often playing himself or some variation of a human giant, and is remembered for his role as Fezzik in Rob Reiner’s classic “The Princess Bride.”

Outside the ring, Andre Roussimoff was a gentle giant. The subject of stares and ridicule for his size throughout his life, he was a self-declared introvert. On Jan. 27, 1993, Andre Roussimoff succumbed to his gigantism and died of congestive heart failure. And while WWE has had a memorable cast of larger-than-life stars during the two decades since his passing, Andre the Giant is still remembered as one of the greatest.