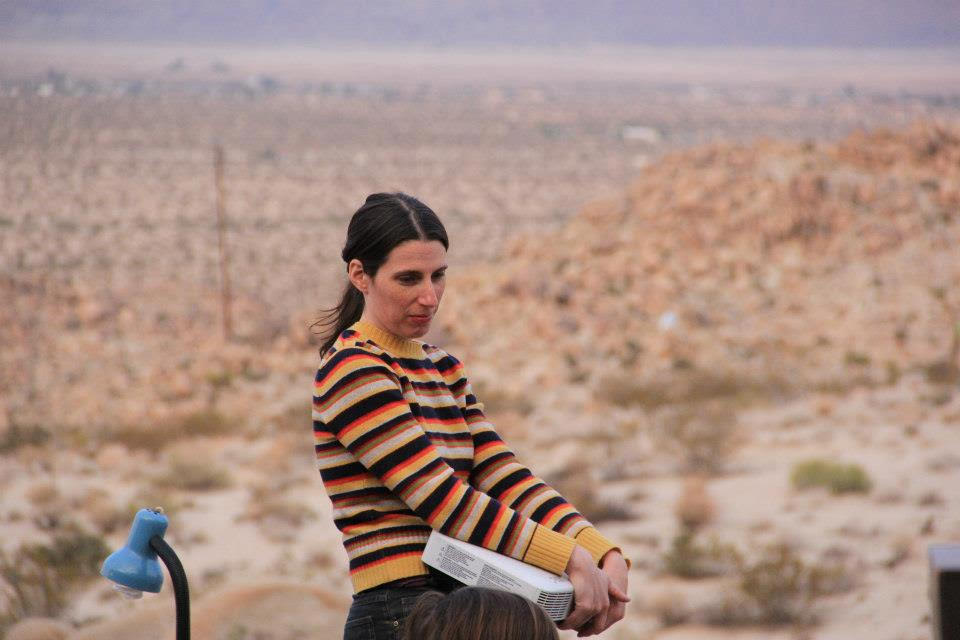 Julie Perini has been selected by The Northwest Film Center, Oregon Arts Commission, and Portland Film Office as the winner of the 2017 Oregon Media Arts Fellowship (OMAF).

Julie Perini is a Portland-based media who works in experimental and documentary film and video, installations, and live events. Originally from Poughkeepie, NY, she has been exploring her immediate surroundings with cameras since age 15 when she discovered a VHS camcorder in her parent’s suburban home. Perini’s work often explores the areas between fact and fiction, the staged and improvised, and the personal and political, often in response to social movements happening locally and globally. Perini’s work has exhibited and screened internationally at such venues as the Centre Pompidou-Metz (France), Artists’ Television Access (San Francisco), Visible Evidence XX (Stockholm), The Horse Hospital (London), Cornell Cinema (Ithaca, NY), Microscope Gallery (New York City), among others. She has been awarded artist residencies at Yaddo, Signal Fire, Kimmel Harding Nelson Center, and Djerassi Resident Artists Program and is currently employed as an Associate Professor in the School of Art + Design at Portland State University. She has received grants and fellowships in support of her work from the New York Foundation for the Arts, the New York State Council on the Arts, The Regional Arts and Culture Council, the Oregon Arts Commission, and The Precipice Fund.

The $5,500 Fellowship award will go towards funding The Gentleman Bank Robber: The Story of Butch Lesbian Freedom Fighter rita bo brown, a feature-length documentary that tells the story of bo brown, a white working-class butch from Klamath Falls, Oregon who was a member of the revolutionary George Jackson Brigade, an underground, militant revolutionary prison abolitionist group based in Seattle, Washington in the 1970s. As a member of the George Jackson Brigade, bo became known as “The Gentleman Bank Robber” for combing her butch style of dress with a polite way of demanding funds from bank tellers, one of the ways the Brigade funded its militant activities to protest military aggression, injustice, and exploitation.

The Oregon Media Arts Fellowship supports filmmakers who have demonstrated an ongoing commitment to the media arts. Jurors reviewed 42 submissions from applicants throughout the state, weighing artistic merit, the potential of the proposed activity to advance the artist’s work, and the feasibility of the projects proposed. The Fellowship is funded by the Oregon Arts Commission and the Portland Film Office and administered by Northwest Film.

The application deadline for the 2018 Oregon Media Arts Fellowships is January 1, 2018