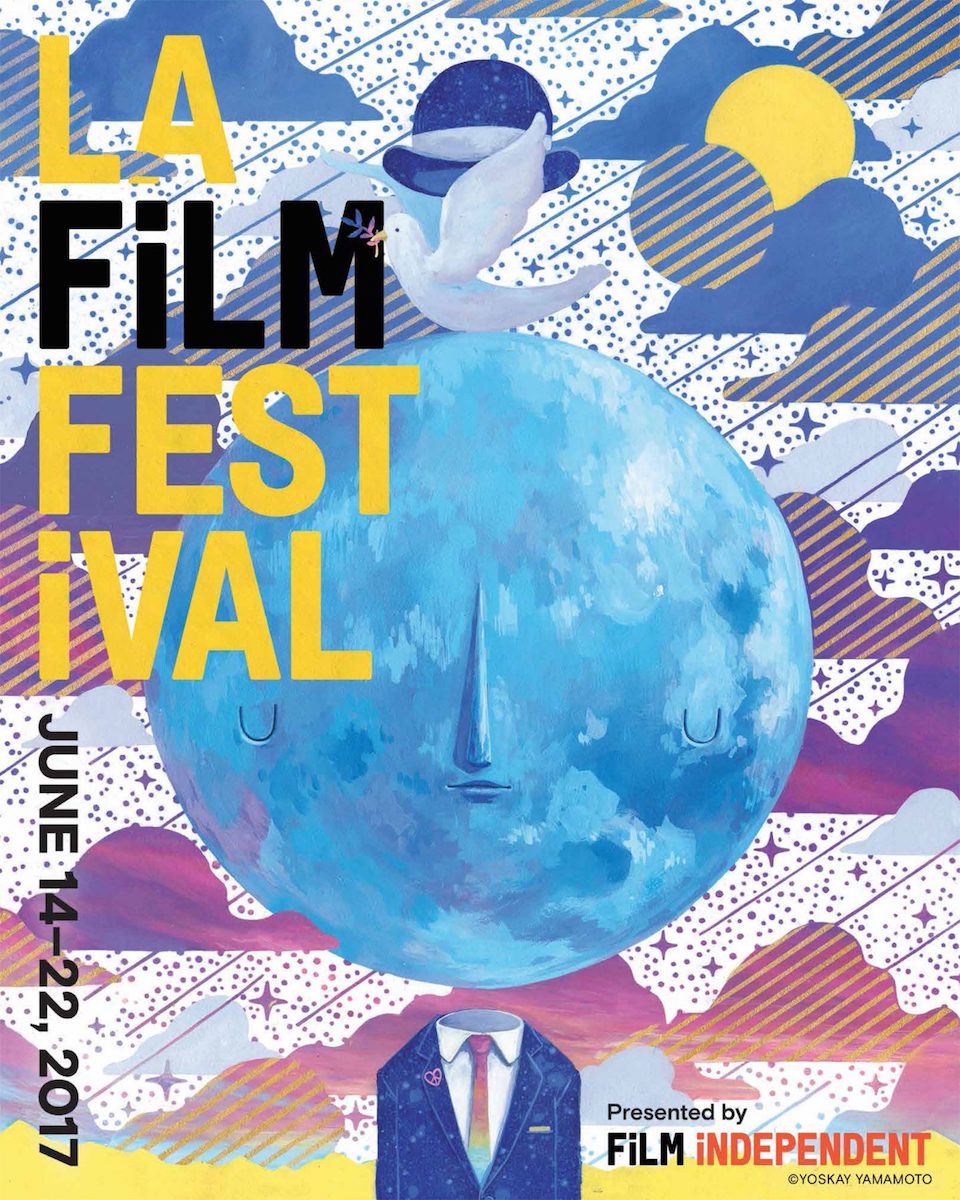 The LA Film Festival today unveiled the official 2017 poster, created by Japanese-born, LA-based artist Yoskay Yamamoto.  Following on the acrylic-splattered heels of such past Festival poster artists as Ed Ruscha, Noah Davis and Carolyn Castaño, Yamamoto’s design is yet another in long tradition eye-catching images meant to capture the uniqueness and diversity of both the Festival and Los Angeles itself.

“I’m thrilled to have Yoskay Yamamoto as this year’s Festival artist,” said Jennifer Cochis, LA Film Festival Director. “I immediately fell in love with his work and was drawn in by its dreamy, story-like qualities. I’m excited for people to see his work around the city in the lead up to the Festival.”

Read about artist Yoskay Yamamoto approach to designing this year’s poster, what makes the moon such a fun image to draw, Manga and much, much more.