Richard Hambleton is not here for your consumption, you consumer. Richard is here to paint, and get your money so that he can be happy with his best friend “his drugs.” Yes you the consumer thought you were playing Richard by commissioning and controlling him with your promises of fame, apartments, and money, but in the end it’s Richard the addict that’s pulling the strings, he is the puppet master.

Richard Hambleton is the subject of the documentary Shadowman, directed by Oren Jacoby, that world premiered at the 2017 Tribeca Film Festival. 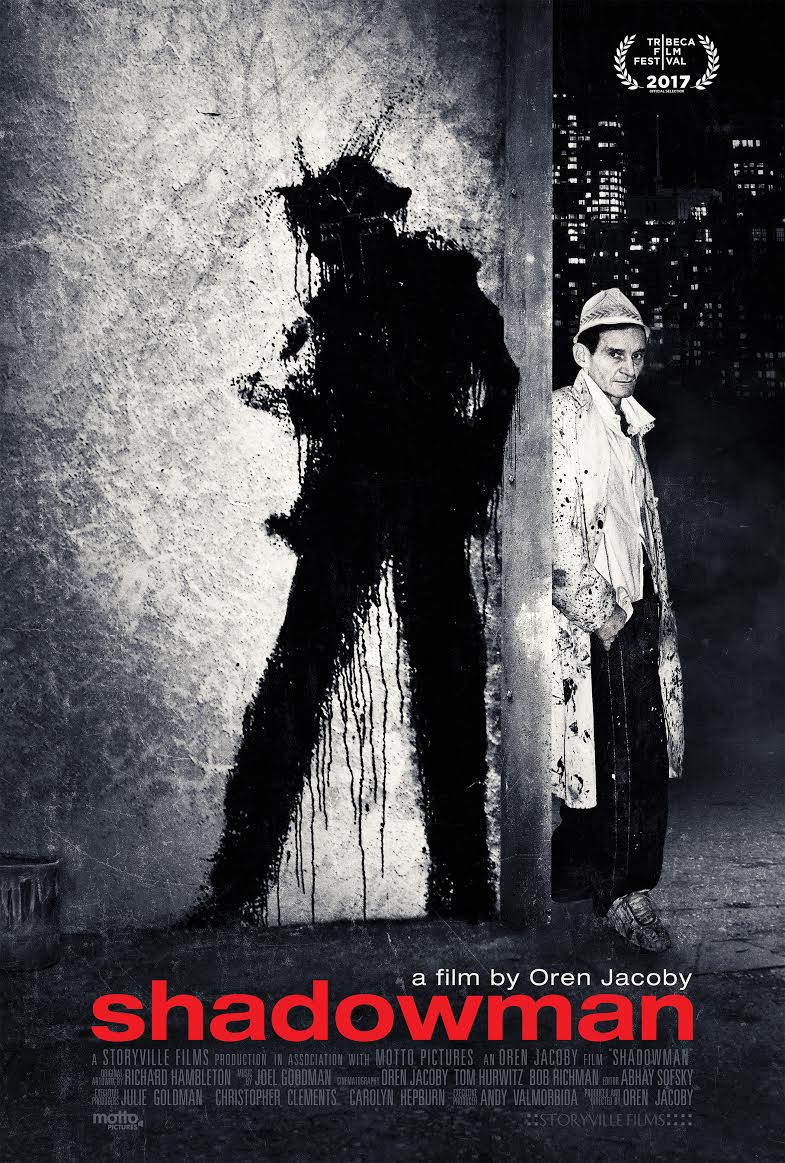 As an artist, I connected with Richard; he ran within the circles of Keith Haring, Jean Michel Basquiat and now he’s the only living legend that comes to my mind from that era. Everybody wanted and wants a piece of that art era, which tormented the soul of Basquiat and Harring, and they both verbally expressed their distaste at being commissioned and controlled by the money.  But, unlike Haring and Basquiat, at the height of his career Richard QUIT,  yes he quit and traveled the world.  Richard is a non conformist, he knows his talent, he knows his value, and just like he knows his drugs,  he also knows that to the art dealer his art is their drug. He dangles his best work in front of their greedy faces, but refuses to sell that painting – once again showing he is in control. In the film, an art dealer offers Richard an apartment in the Trump Hotel, and in return Richard had to give him only one painting a month.  The gallery that brokered that deal called Richard to check the status of the painting and explained to him that the dealer was being generous by letting him stay at the Trump Hotel for free because the rooms go for $40,000 a month, Richard’s response was yes but I’m giving him one painting a month and my paintings sell for over a million dollars each – leaving the gallery rep speechless. As I stated before Richard knows his drug, but he also knows theirs.

I give Shadowman 5  stars and would highly recommend this documentary I felt a range of emotions as I watched it from sadness, empathy to victory because as an artist I definitely related. Great job to the entire team.

Tribeca 2017: A RIVER BELOW Documents the Efforts to Save the Pink River Dolphin in the Amazon | Trailer