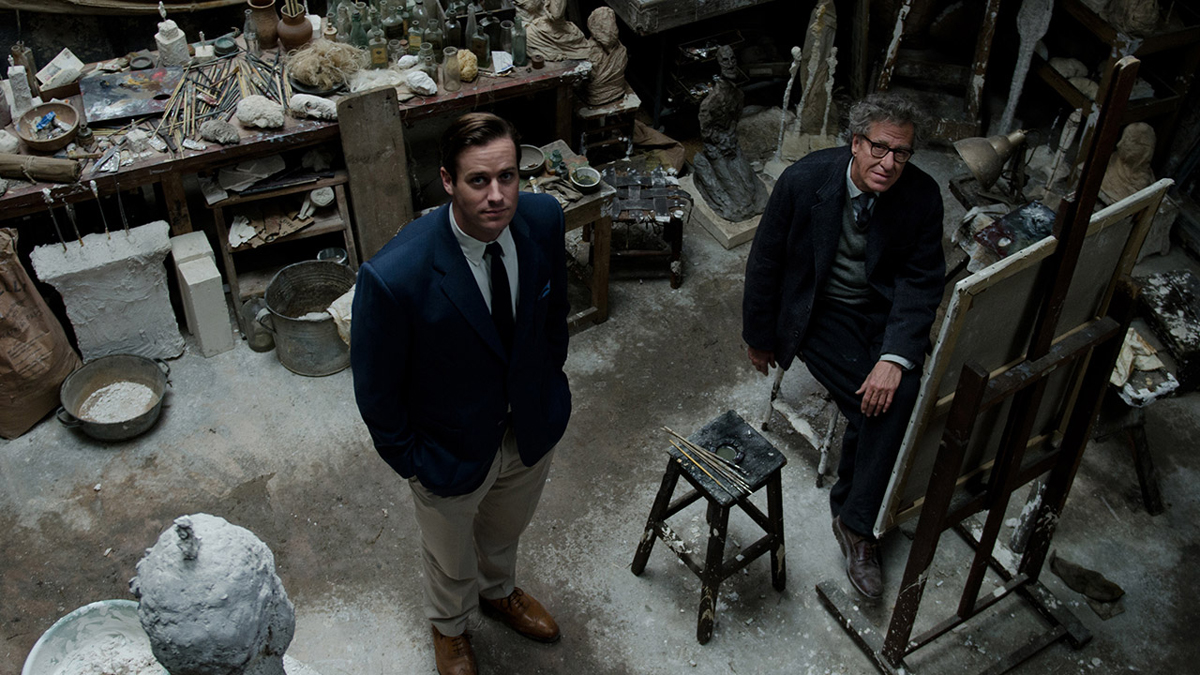 Stanley Tucci’s FINAL PORTRAIT which had its world premiere at the Berlin International Film Festival has been acquired by Sony Pictures Classics for release in the U.S.  Written and directed by Tucci, FINAL PORTRAIT stars Geoffrey Rush, Armie Hammer, Clémence Poésy, Tony Shalhoub and Sylvie Testud.

FINAL PORTRAIT is the story of the touching and offbeat friendship between American writer and art-lover James Lord and Alberto Giacometti, as seen through Lord’s eyes and revealing unique insight into the beauty, frustration, profundity and sometimes the chaos of the artistic process. Set in 1964, while on a short trip to Paris, Lord is asked by his friend, Giacometti, to sit for a portrait. The process, promises Giacometti, will take only a few days and so Lord agrees — ultimately wondering “how much longer can it go on like this?”

“Giacometti’s work and life and Lord’s poignant memoir have fascinated me for years. To finally bring my adaptation to the screen with this extraordinary cast and crew has been indeed a pleasure and to have Sony Classics distributing is a great honor,” said Tucci.