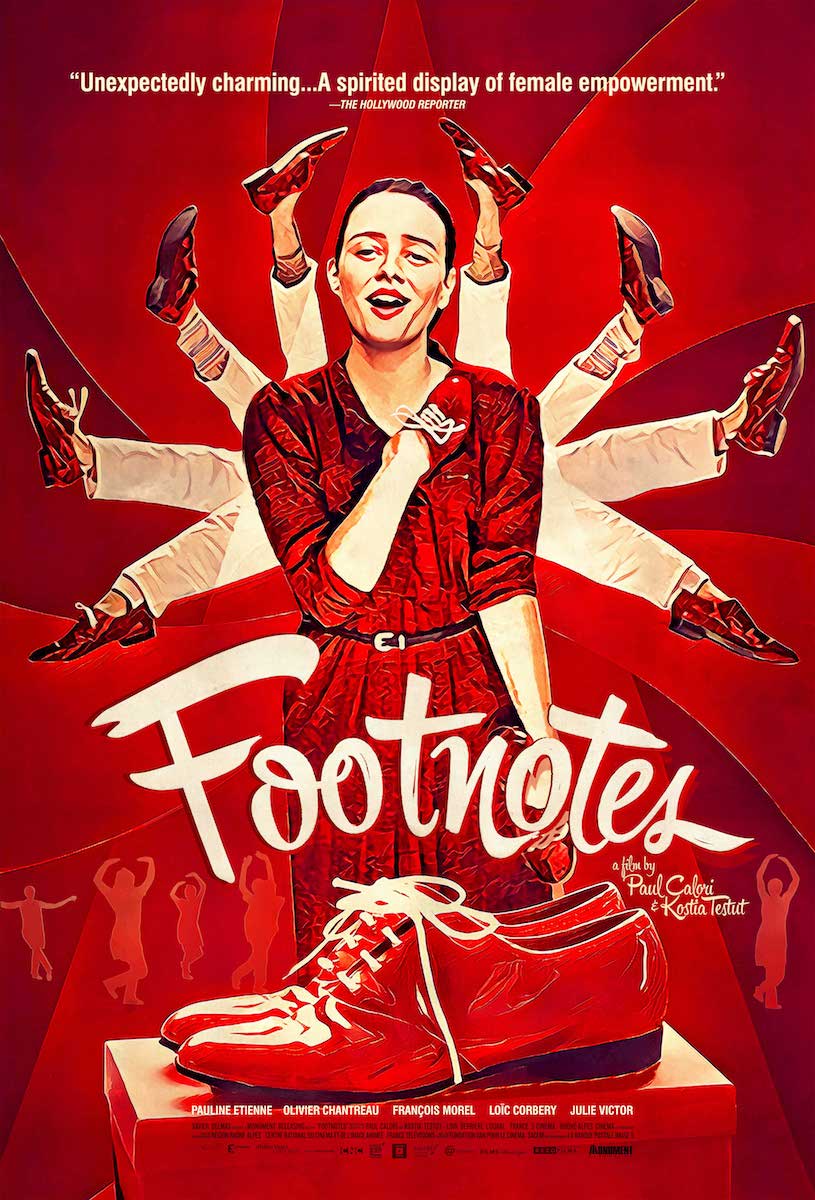 Inspired by the films of Jacques Demy and Stanley Donen, Footnotes is a whimsical and original musical comedy about Julie, a young woman struggling to make ends meet in France’s radically changing economy. Living out of a backpack, Julie spends her days jumping from job to job until she’s finally offered a temporary stockroom position at a women’s luxury shoe factory. After making friends with the boss’s spunky receptionist Sophie and the ever-charming factory truck driver Samy, Julie thinks the hard times are behind her. But Julie’s dreams of stability collapse when management threatens to close down the factory. As her intrepid group of female colleagues get together to go on strike, Samy and the other truck drivers decide to side with the company’s scheming CEO. Julie must choose whether to keep a low profile (and a shot at permanent employment) or to resist and fight back on the picket line.