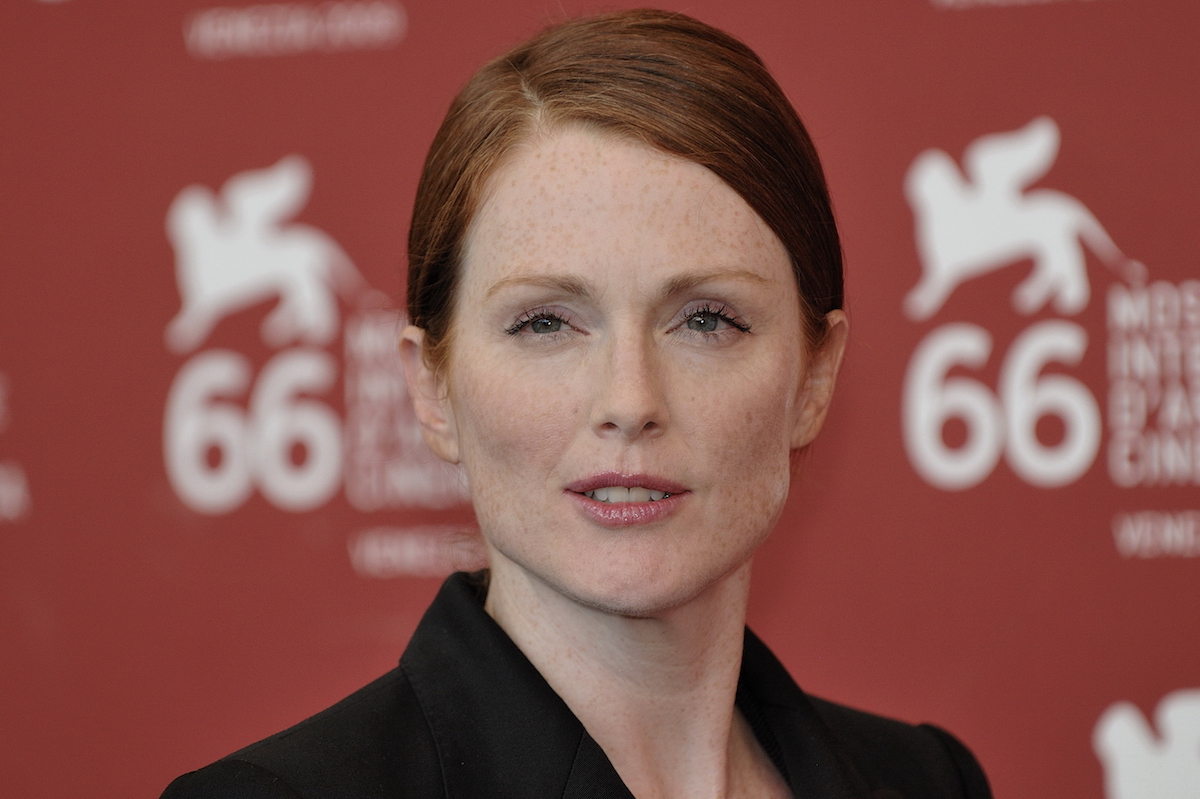 Moore got her start off-Broadway and has worked extensively in television as well, but the remarkably prolific actress is best known for her work in feature films. During the course of her career, Moore has worked with some of the most well-respected and iconic directors in the industry including Robert Altman, Steven Spielberg, Joel and Ethan Coen, Paul Thomas Anderson, Gus Van Sant and Todd Haynes.

In 2015, Moore won an Academy Award and a Golden Globe for her performance in Still Alice, in which she played Alice Howland, a linguistics professor diagnosed with Alzheimer’s Disease. Moore has been nominated an additional four times for an Academy Award for her work in Far from Heaven (2002), The Hours (2002), The End of the Affair (1999) and Boogie Nights (1997). She has won two additional Golden Globes (one for the HBO television movie Game Change (2012) and a special ensemble award for Short Cuts (1994)) and has another seven Golden Globe nominations to her credit. Moore’s work in Game Change also earned her a Primetime Emmy Award.

This year, Moore re-teamed with her Far from Heaven director Todd Haynes for the American drama Wonderstruck, based on the 2011 novel of the same title by Brian Selznick. The film was presented in competition at the 70th Cannes Film Festival earlier this year and opens in the U.S. in October. Julianne Moore also stars in Kingsman: The Golden Circle opposite Colin Firth and Halle Berry, which will debut in the states this September, and Suburbicon alongside Matt Damon directed by George Clooney which is expected to hit cinemas in November.

30 for 30 Documentary GEORGE BEST: ALL BY HIMSELF Sets ESPN Air Date | Trailer