KEEP THE CHANGE, THE CAKEMAKER Among Winners of Karlovy Vary IFF Non-Statutory Awards 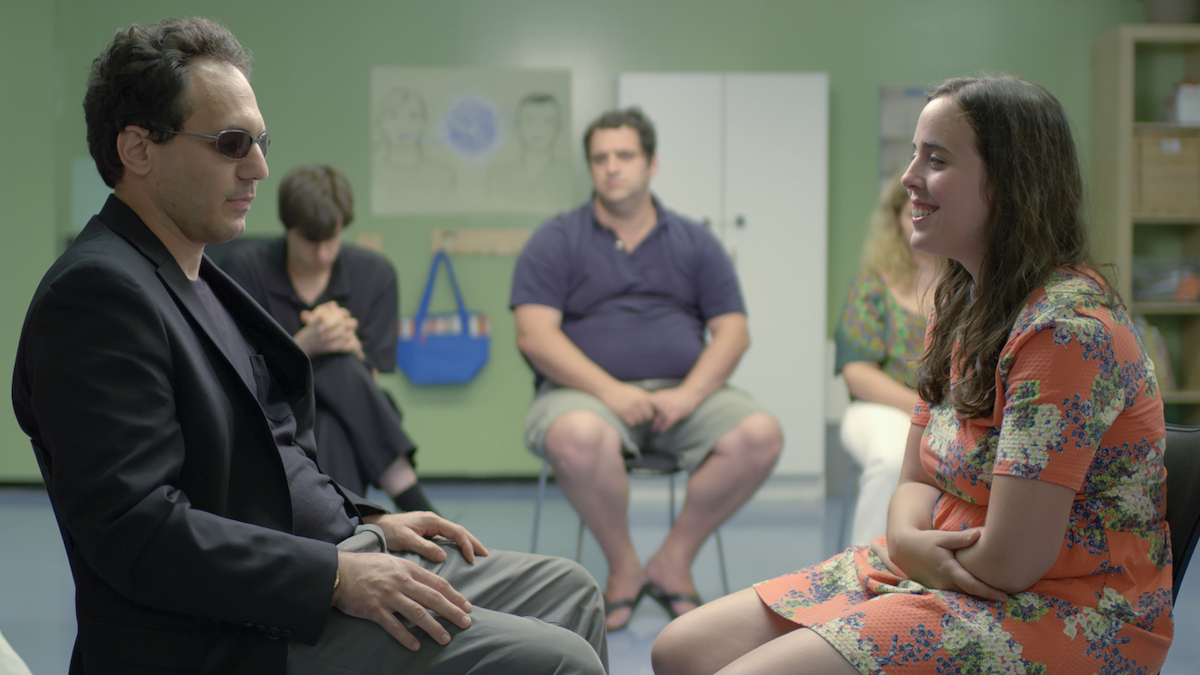 The non-statutory awards of the 52nd Karlovy Vary International Film Festival were announced today, with the international film critics prize FIPRESCI award going to Keep the Change by Rachel Israel.

Other awards included the Ecumenical Jury award going to The Cakemaker, by Ofir Raul Graizer; FEDEORA award by Federation of Film Critics of Europe and the Mediterranean going to Romanian film Mariţa by Cristi Iftime; and Men Don’t Cry by Alen Drljević won the Europa Cinemas Label award for the best European film in the Main Competition or the East of the West Competition.

For a glorious first feature which tells the story of a colorful group of New Yorkers, who in any other film would be labelled as ‘outsiders’. Instead Israel lets us experience their world from the inside, and it’s a wondrous place to be.

It is a tender film with a simple narrative, driven by complex emotions. By letting herself be inspired by her magnificent actors’ personal experiences of life on the autism spectrum, writer/director Rachel Israel has created a work that is inclusive, fresh and thoroughly engaging.

It also has one of the funniest scripts we have ever come across, with a sense of humor that ranges from the crude jokes of conflicted protagonist David, to the no-nonsense cut-offs by its leading lady Sarah – a female character with a personal brand of vivaciousness never before seen on the cinema screen.

We were deeply affected by this heartfelt story of coming of age and finding love, proving there is nothing wrong with being weird.

With a gentle approach, the film portrays a journey towards acceptance and the pursuit of love. The unique bond formed between the characters strengthens a healing process that brings them a new life. It allows the viewer to connect to the most important of human values, something that overcomes all prejudices: love.

For the simplicity in directing his debut feature film, focused on the everyday life of a family, whose members, no matter that the family is separated after the divorce of the parents, at their reunion, celebrate the meeting and enjoy it in a spontaneous and friendly way that brings positive energy into their lives.

To Bulent Özturk for “Blue Silence” for its strong, courageous take both in visuals, sounds and silences on how violence and war eats the soul.

EUROPA CINEMAS LABEL AWARD
For the best European film in the Official Selection – Competition and in the East of the West – Competition.

Europe has learned throughout its difficult history that wars, particularly those that have seen neighbor fight against neighbor, do not end when the violence stops. There are difficulties to be faced in healing a divided society, when bitterness and anger must be set aside in favor of compromise and forgiveness in the name of reconciliation. In Alen Drljević’s powerful Men Don’t Cry a disparate group of former combatants representing all factions of the Balkan War of the 1990s gather in a deserted hotel to begin this process. Common ground is found, but hard-gained trust is easily and quickly lost when old resentments come to the surface. The jury was struck by the film’s nonjudgemental stance on the characters’ different perspectives, brought to vivid life by its fine cast, the universality of its theme of the value of forgiveness not just of others, but of ourselves, for past actions, its relevance to Europe’s future as a community, and its subtle commentary on the negative aspects of masculinity.