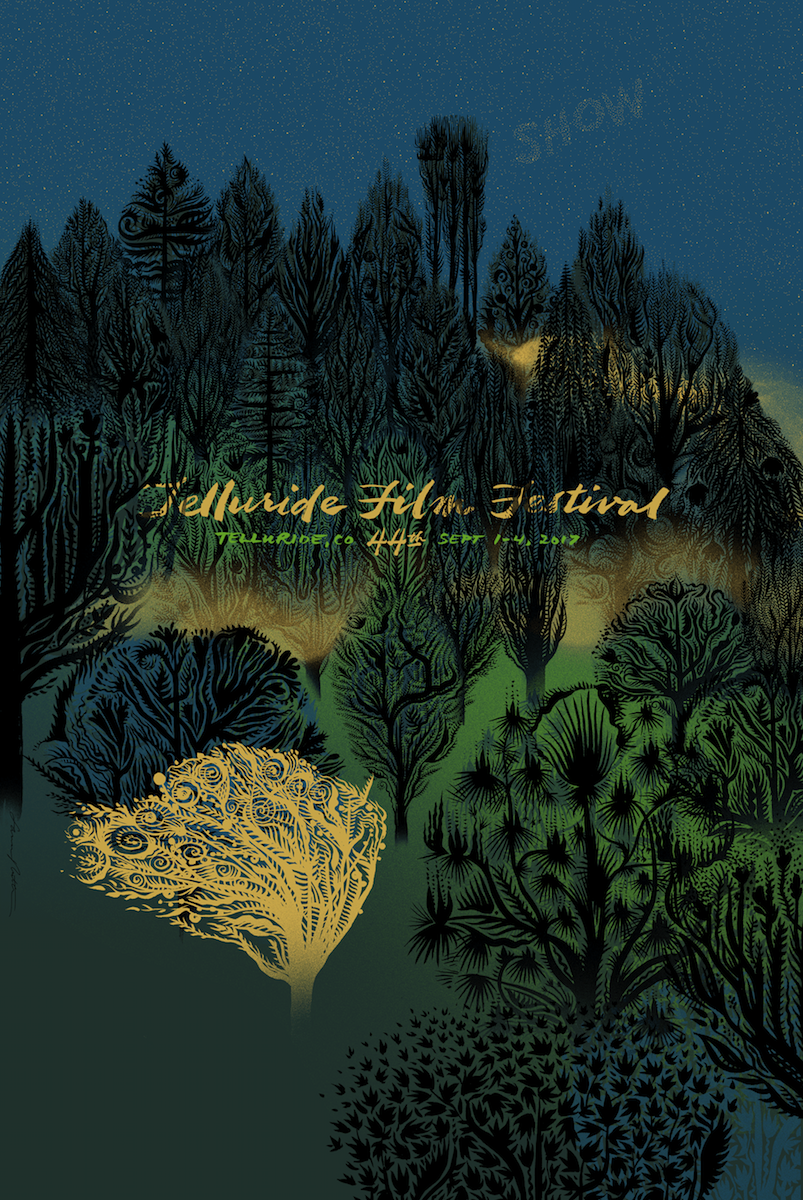 Lance Rutter has spent the last 30+ years of his career devoted to graphic design, working on projects in his Chicago design studio, teaching design at the School of the Art Institute of Chicago, serving on the national board of the AIGA, and presiding over the 2008 and 2010 Chicago International Poster Biennials, among other public design advocacy initiatives. Rutter’s own posters have been a part of international exhibitions in the U.S., France, Poland, Mexico, Japan, Hungary, China, the Slovak Republic, Bolivia, Russia, and Iran. He is currently the VP of Design for Quantifind, a tech start-up in Silicon Valley, where he is responsible for everything from the company’s branding and office space design to the design of their data analytics software.

“I don’t think it’s possible to overstate how thrilled I was to be asked to create a poster for the 44th edition of the Telluride Film Festival,” said Rutter. “So many really wonderful artists have become part of this legacy, and it’s an honor to now be associated with them. After speaking with several people who have a deep love of—and long association with—Telluride, I believe there is something uniquely magical that happens there every year. While the foundation of Telluride has rightfully been a celebration of film, the Festival itself is more about the coming together of the lovers of film. From creators to admirers, it is about the people who fill, and then transform the place. The collegial atmosphere, the “realness” and accessibility of the people, their joy and warmth… those are the things that enchant Telluride—and what I hoped to express in the poster.”

“Lance’s design for this year’s poster is simply stunning,” said Telluride Film Festival executive director Julie Huntsinger. “Working with him has been a delight from start to finish. Lance is a true artist, and a true professional.”