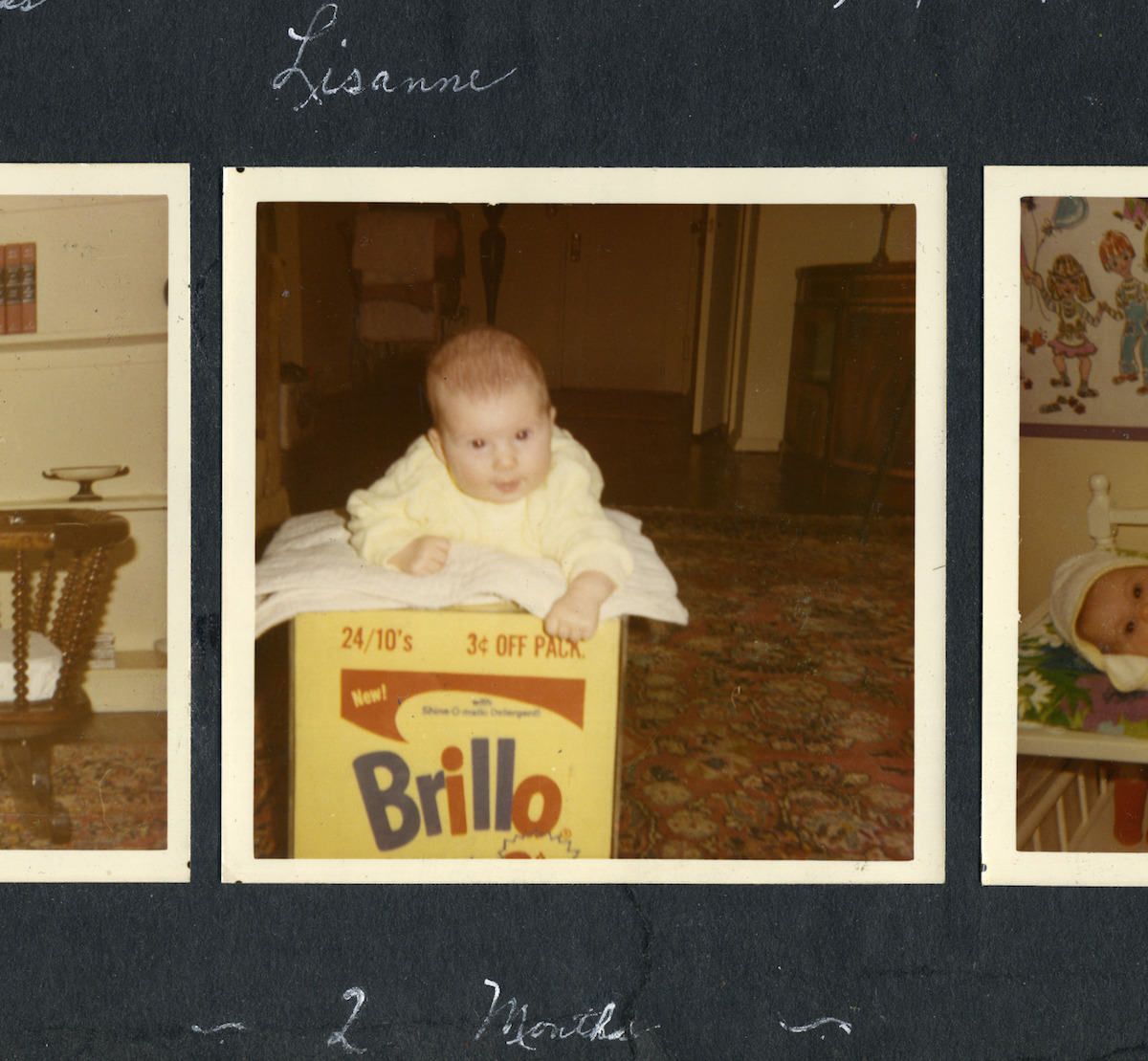 Brillo Box (3 Cents Off), tracks the remarkable journey of an Iconic Andy Warhol sculpture from one family’s living room through the global art market.

In 1969, Lisanne Skyler’s parents bought an Andy Warhol “Brillo Box (3 Cents Off)” sculpture for $1,000. An exact replica of a shipping carton for Brillo soap pads, Warhol’s Brillo Boxes were at first dismissed by the art world. But 40 years later, with Warhol’s reputation as a contemporary-art visionary long secured, the same piece sold for more than $3 million at a record-breaking Christie’s auction.

Blending a humorous family narrative with Pop Art history, and debuting the week of Warhol’s 89th birthday, Brillo Box (3 Cents OFF) follows this iconic work as it makes its way from a New York family’s living room to the contemporary global art market, exploring the ephemeral nature of art and value, and the decisions that shape a family’s history. An official selection of the 54th New York Film Festival, the documentary debuts Monday, August 7 (10:00-10:40 p.m. ET/PT), exclusively on HBO.

In 1964, Andy Warhol shocked the art world by making hundreds of replicas of supermarket shipping cartons and presenting them as art. His most notorious were the Brillo Boxes, which he created by silk-screening the original Brillo packaging art, designed by abstract impressionist James Harvey, onto wooden boxes that were the exact same sizes as the supermarket originals. It is believed Warhol made 93 large white boxes and 17 smaller yellow ones.

Originally selling for $200, a yellow Brillo Box emblazoned with a “3 Cents OFF” burst was purchased for $1,000 from the OK Harris Gallery in New York in 1969 by Martin and Rita Skyler. Looking to add value to his acquisition, Martin Skyler persuaded gallery owner Ivan Karp to get Warhol to sign the bottom of the piece, which was not Warhol’s customary practice at the time.

Parents of an infant daughter, Lisanne, the Skylers spent two years with the Brillo Box, which Martin placed inside Plexiglas to prevent damage. Looking for fresh art to augment their collection, he decided to trade the Brillo Box for a drawing by abstract artist Peter Young in 1971. Forty years after the Skylers sold their Brillo Box, Lisanne Skyler, now a filmmaker, learned it was going to be auctioned in New York at Christie’s. She filmed the auction, and, combining that footage with archival video, reenactments and interviews with her parents and contemporary art world figures, began to reconstruct her family’s Brillo Box history.

After Warhol’s death in 1987, interest in his work started to build; starting in 1995, prices for his art doubled annually for more than a decade. In 1988, London advertising magnate Charles Saatchi bought the Skylers’ Brillo Box for $35,200; five years later, the piece was sold to a private collector for $43,700 and returned to New York. Two years later, in a soft art market, Robert Shapazian, one of the world’s foremost collectors of modern art and the founding director of the Gagosian Gallery in Los Angeles, bought the piece for the same price, and kept it until his death in 2010.

When the Brillo Box went on sale again that year, Christie’s estimated it would fetch between $600,000 to $800,000, its value enhanced by the condition and provenance, including Warhol’s signature and the ownership of Saatchi and Shapazian. Following an international bidding war, however, the Skylers’ Brillo Box sold to a private collector for $2,650,000. The addition of a $400,500 buyer’s premium brought the final price tag to a staggering $3,050,500. While Martin maintains a stoic front about the loss of such a treasure, a more regretful Rita recalls the personal memories it evokes.

Watch Prince Harry and Prince William Talk About Their Mom in Trailer for DIANA, OUR MOTHER: HER LIFE AND LEGACY