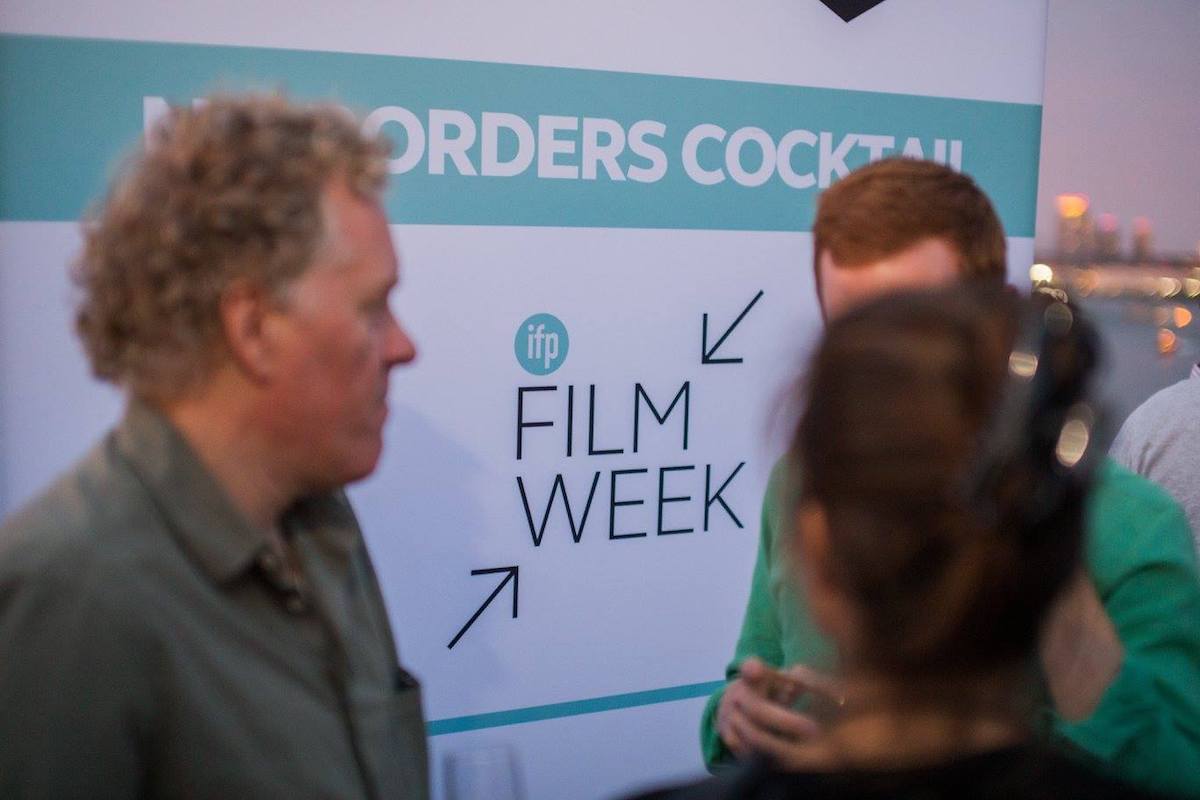 The Independent Filmmaker Project (IFP) today announced over 35 television, digital, web and app-based series to be presented at the 39th annual IFP Week, taking place September 17 to 21, 2017 in Brooklyn.

The slate for IFP’s Project Forum includes both scripted and non-fiction series (limited, mini and full-season series) in all formats and genres. Presented projects include series from veteran and new creators, with 70% of works at the scripted/early development stage and 30% with independently shot pilots. Of the series featured, 51% are made by women and overall, 74% of the series are made by diverse creative teams. IFP’s Project Forum is the United States’ only international co-production market featuring stories for all platforms.

“Our serialized content slate this year is both provocative and political,” says IFP Executive Director Joana Vicente. “In this changing technological and artistic landscape, it is imperative to become more platform agnostic as an organization. While we’ve always helped those with bold, controversial and risk-taking stories to tell, we are particularly focused this year on giving voice to those artists no matter what medium the message takes.”

The 2017 IFP Week Serialized Content slate is as follows:

America 1979 written and produced by Lila Yomtoob. Each season, this anthology series follows a different household or community through a different year, re-telling contemporary American history through the eyes of its people. (Historical Fiction)

Birds of Paradise written and directed by Lauren Fritz. In the near future, a rental agency specializes in the unusual task of providing professional “stand ins” to assume the identities of loved ones in their client’s life. (Dark Comedy)

The Commons written, directed and executive produced by Laura E. Davis. In a world without disease, an agent for the Sustainability Program—which enforces compulsory suicide at age 65—wrestles with her role after the system begins to show cracks. (Drama/Sci-Fi)

Country of the Blind written by Keir Politz. The violent death of a listener thrusts a talk radio personality deep into a dangerous conspiracy that threatens his family, and leads him to confront a force of evil that far exceeds his wildest fantasies. (Thriller)

Demons written by Juliet Lashinsky-Revene. Demons chronicles the true story of the couple that set off the Satanic Panic of the 1980’s, one of the biggest witch hunts in world history. (Based on a True Story)

Fortune Bay written and executive produced by Robin Hayes and Tiphanie Yanique. In the Virgin Islands, the social position of Captain Owen Arthur Bradshaw and his multiracial family are impacted by intrigue and events in American history. (Drama)

The Nation written, directed and produced by Jon Kauffman. The real story behind the first Native American casino and the unlikely tribe that carved this billion-dollar kingdom out of a swamp. (Drama)

Rollers written and produced by Isaiah Smallman. Rollers follows the hilarious and painful journey of Rufus and Brian Paisley, the co-owners of a well-loved, but struggling roller skating rink slash concert venue. (Comedy)

Same Sex written, directed and executive produced by Sophie Webb, produced by Amelia Roper and Sophie Webb. A down on her luck and lonely heterosexual woman tries to become a lesbian in a desperate attempt to find a place for herself in the world. (Dark Comedy)

Winterovers written by Nilanjana Bose-Ciupinska and Jakub Ciupinski, produced by Jakub Ciupinski. In the dark polar night of an Antarctic winter, a group of scientists inhabiting a remote research station discover a perplexing anomaly in a nearby lake, setting in motion series of events that upend their lives and notion of reality. (Sci-Fi)

Aeris directed by Lukas Huffman, produced by Amy Zhang. Teenage female snowboarders fight for a spot on the Olympic team and struggle to define themselves within a male dominated sport. (Drama)

Anamnesis written, directed and produced by Alex Calleros and Michael Tucker. A group of strangers realize they’re able to share each other’s dreams. To understand why, they’ll have to find each other in the real world. (Sci-Fi)

Brazen written by Emilie Valentin, directed by Sarah Saidan, produced by Priscilla Bertin, Arnaud Colinart and Judith Nora. Whoever they were and wherever they came from, those Brazen ladies were out to tear down prejudice. (Animation)

Caught in the Web written and directed by Stian Hafstad. Set inside the Internet, Caught in the Web is a behind-the-screens comedy that explores the inner workings of the world wide web. (Comedy)

Trip written and directed by Nick Borenstein, produced by Brady Leifer. When a family road trip goes awry, the Greenblatt’s start to unravel, as seen through each of their differing perspectives. (Dark Comedy)

Finding the Werewolf directed by Georgina Gonzalez and Rodrigo Iturralde and produced by Alejandro Duran. A real-life werewolf faces the challenges of being different and empowers others, including his fellow millions of immigrants in the U.S. during the Trump era.

Frameworks directed by Charlie Hoxie and executive produced by Aziz Isham and BRIC TV. A city is a sum of its stories.

Mother America directed by Erik Shirai and produced by Masako Tsumura. A documentary series that explores the social fabric of America through the lens of five mothers as they navigate the varied and extreme circumstances that life has thrown at them.

Fanwei directed by Jessica Kingdon and produced by Kira Simon-Kennedy. An observational trilogy about the global effects of production, consumerism, and waste in China.

Manimal directed and written by Maral Satari and produced by Cecilia Delgado. Similar in style to animal documentaries, Manimal studies how modern man behaves in his natural habitat: the city.

Tea Time with Alex directed by Alex Hopkins and Brent Edwards, produced by Alex Hopkins, and executive produced by Alysse Campbell. Tea Time with Alex is our response to HB2, meant to educate on transgender topics with a dash of sass. Though based in NC, it was in Seattle that Alex was first harassed in a bathroom. Trans discrimination is worldwide. Let’s solve it over tea!

Waking Dream directed by Theo Rigby and produced by Rebekah Fergusson. Young. Undocumented. Future Unknown. With immigration enforcement on the rise, five young undocumented people with a tenuous protection from deportation strive for their dreams.