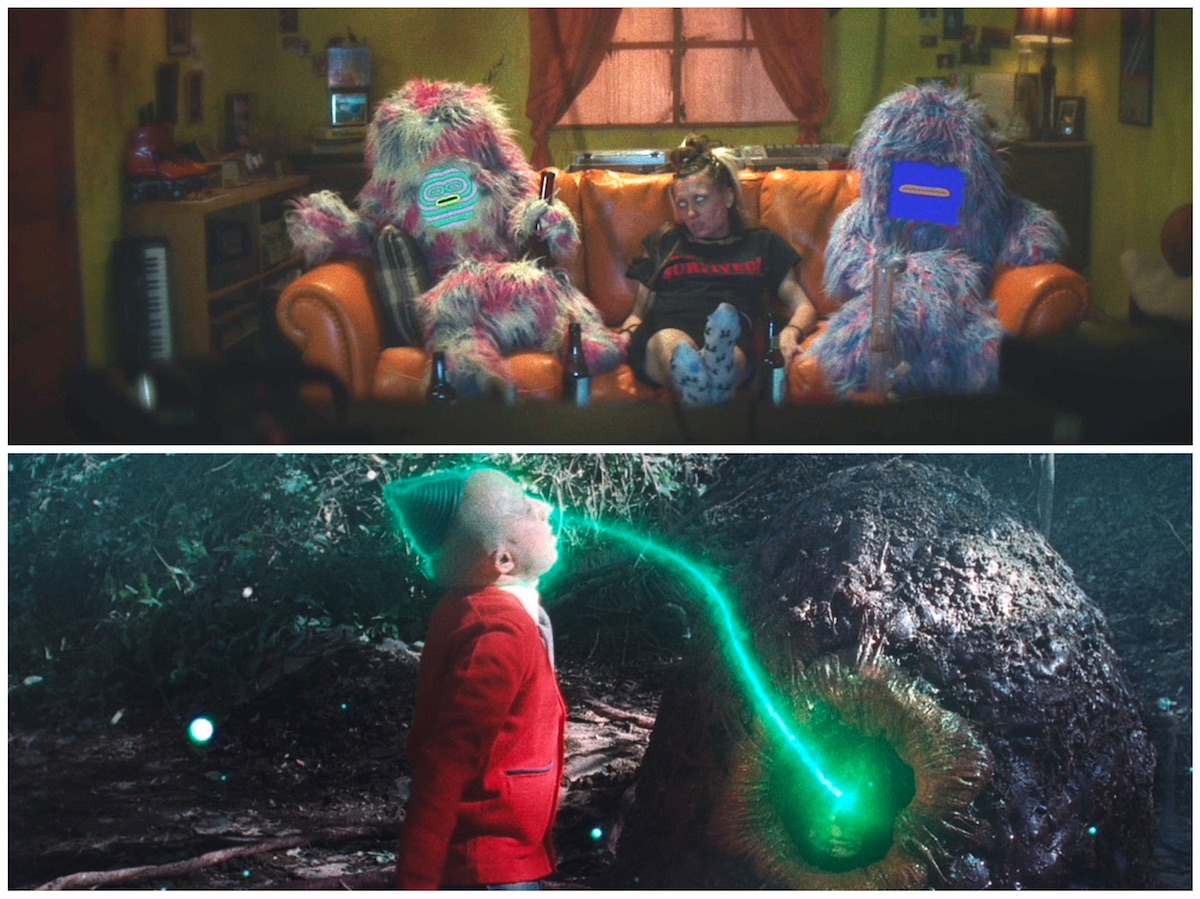 Check out the first 3 minutes of Kuso, the ‘weird’ ‘gross’ movie that reportedly had audience members walking out of the theater, when it premiered earlier this year at the Sundance Film Festival.

Broadcasting through a makeshift network of discarded televisions, KUSO depicts the aftermath of Los Angeles’s worst earthquake nightmare. Viewers travel between screens and aftershocks into the twisted lives of the survived, experiencing a hallucination that is half-Cronenberg, half-Ren & Stimpy.

The debut film from acclaimed producer and rapper Flying Lotus, KUSO is a blistering, fever dream of filmmaking that uses music, special effects and animation to take a unique look at the dark history of America.

KUSO marks the feature directorial debut from Steve, the filmmaking alter-ego of Steve Ellison, better known as music producer, DJ and rapper Flying Lotus. Ellison’s name has become synonymous with creative innovation, having released five seminal studio albums, a slew of audio-visual marvels and, in the process, gaining two Grammy nominations including one for his work on Kendrick Lamar’s “To Pimp A Butterfly”.

The film is now playing in theaters in Los Angeles and on SHUDDER.