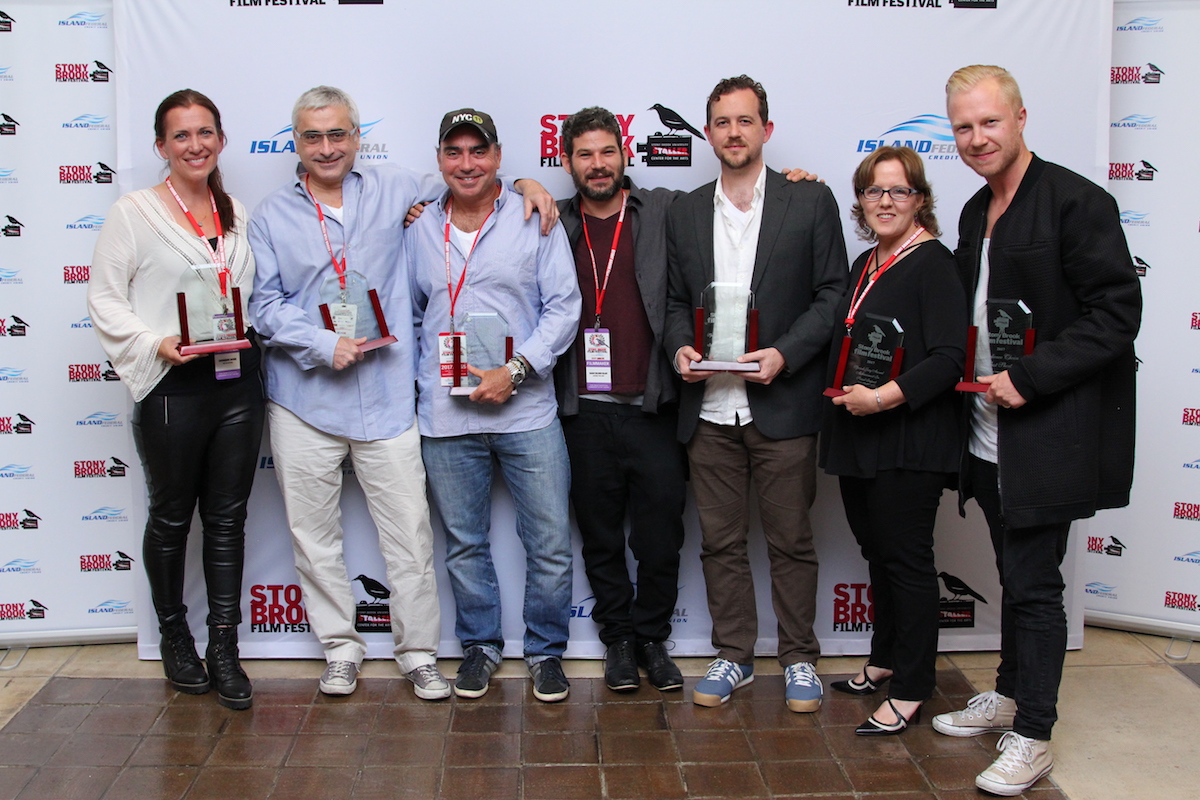 The 22nd Stony Brook Film Festival ran July 20 to 29, and had the largest attendance in the history of the Festival. The Sounding directed by Catherine Eaton walked away with the Jury Award for Best Feature.

Alan Inkles, founder and director of the Stony Brook Film Festival said, “It truly was a magical year where almost every feature and shorts filmmaker attended their screenings to represent their films and host
Q & As. When we add in the sales agents and distributors that attended, we saw our Filmmaker Lounge humming with energy and interaction among filmmakers, talent and industry. As for the films we showed, the audience scores were the best in our 22 years. Great films, great guests and packed houses nightly. It’s what I envisioned for Stony Brook when we started this festival and it was certainly achieved this year.”

Writer-Director-Actress Catherine Eaton gives a stunning performance as Liv, a mysterious woman residing on an island off the coast of Maine who has chosen to remain silent for years. When she suffers a terrible loss, Liv suddenly begins to speak as she weaves a language out of Shakespeare’s words. After a series of events result in her being committed to a psychiatric hospital, Liv becomes a full-blown rebel, fighting for both her voice and her freedom. A powerful, uplifting drama.

In 1943, after avoiding the authorities with other Jewish children in France for three years, 13-year-old Fanny and her sisters are quickly sent to an Italian foster home. When the Nazis arrive in Italy, their caretakers plan an escape to Switzerland. Suddenly left on their own, eleven children do the impossible. Based on a true story, this moving tale of bravery, strength, and survival features exceptional performances by the young cast.

How far would you go to save your son’s life? To the Edge of the Sky follows four families as they fight the FDA to gain access to a potentially lifesaving drug for Duchenne Muscular Dystrophy, a fatal disease their sons suffer from and the number one genetic killer of boys in the world. With a promising drug on the horizon, we witness the transformation of the mothers of four boys into “the rogue moms” as they become political activists and heroes during their righteous battle against time and the FDA. A challenging and uplifting documentary from Long Island brothers Todd and Jedd Wider (Client 9, God Knows Where I Am).

Laura is a 30-something unemployed writer living in New York City and struggling with adulthood. She has a ‘weekend’ boyfriend she can’t commit to, friends who seem to have achieved their dreams, and a vivid imaginary life she uses to run away from reality. When she starts a new relationship with a coffee shop barista, real life proves too complicated and she tries to actually run away. Veteran stage actress Dana Brooke shines in this funny, fresh, poignant independent feature.

This inspirational documentary follows several students from the Northwest School of the Arts, in Charlotte, N.C., after it is chosen to be the first high school permitted to perform the musical The Color Purple. From auditions through opening night and beyond, the filmmakers follow these students as they pursue their dreams while struggling with homelessness, low-income neighborhoods, gang-related violence and single-parent households. A behind-the-scenes look at an amazing group of teachers and students who work relentlessly to put on a triumphant musical production that propels them into a world of opportunity they never expected.

A young man without legs chases down surprised purse snatchers for the girl he loves.