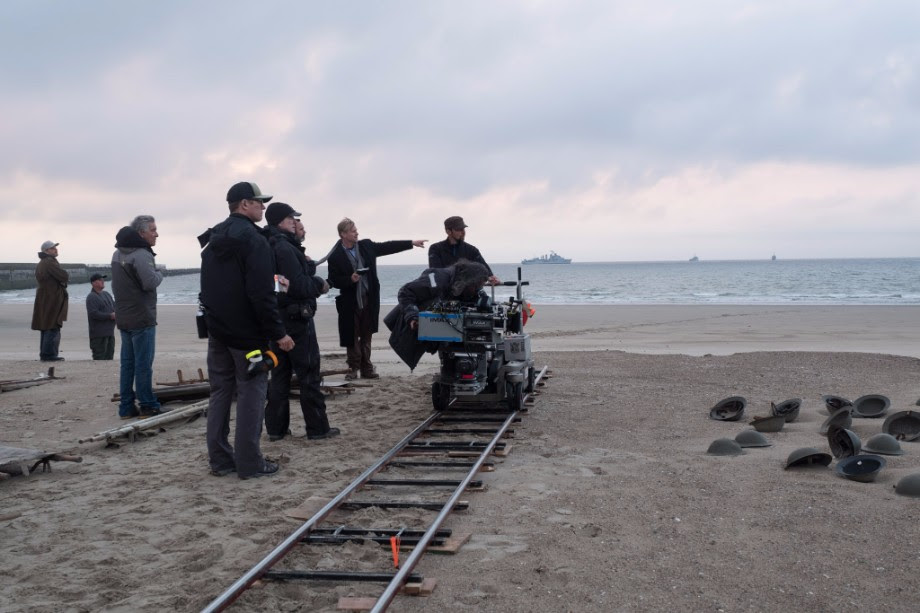 In honor of the 50th anniversary of IMAX Corporation, the Toronto International Film Festival will present an exclusive screening of Christopher Nolan’s widely acclaimed epic Dunkirk.  On Sunday, September 10, Nolan will be in Toronto to present the film, which was shot almost entirely with IMAX® cameras. The screening, to be presented in IMAX® 70mm, will be introduced by Piers Handling, Director and CEO of TIFF, followed by a conversation between the director/writer/producer and Cameron Bailey, Artistic Director of TIFF. The free event will fittingly be held at the restored and soon to be re-opened Ontario Place Cinesphere, which has the distinction of being the world’s first permanent IMAX® theatre.

“Nineteen years ago, Nolan premiered Following in the Discovery section of the Toronto International Film Festival. We stand in awe of all he has achieved since, and are proud to welcome him back to Toronto,” said Cameron Bailey, Artistic Director of TIFF. “The Ontario Place Cinesphere is the perfect place to do it. This cinema on Toronto’s waterfront opened in 1971 as IMAX’s first permanent home. We couldn’t be happier to be able to provide fans with the chance to hear Nolan speak on the groundbreaking art and craft of Dunkirk.”

Christopher Nolan, who pioneered the use of IMAX cameras in major motion pictures, beginning with the blockbuster The Dark Knight, expanded the use of the large-format cameras as never before for Dunkirk, which marks the first time he has turned his cameras to a real-life event. The result is a truly immersive experience that draws the audience into the harrowing drama as it unfolds on land, sea and air.

“Dunkirk is quite remarkable,” said Piers Handling, Director and CEO of TIFF. “It sets a new standard for the visualization of war. Its form and structure is immersive and experiential and its attention to detail exemplary. This is a story for the times – one of resilience against all odds, ordinary people surviving amidst chaos. Christopher Nolan captures this seminal moment in history with an artist’s eye.”

One of the best-reviewed films of the year, Dunkirk opens as hundreds of thousands of British and Allied troops are surrounded by enemy forces. Trapped on the beach with their backs to the sea, they face an impossible situation as the enemy closes in. The story unfolds on land, sea and air. RAF Spitfires engage the enemy in the skies above the Channel, trying to protect the defenseless men below. Meanwhile, hundreds of small boats manned by both military and civilians are mounting a desperate rescue effort, risking their lives in a race against time to save even a fraction of their army.

Dunkirk was directed by Christopher Nolan from his own screenplay. Emma Thomas and Nolan produced the film, with Jake Myers serving as the executive producer. The film is being distributed worldwide by Warner Bros. Pictures, a Warner Bros. Entertainment Company. Dunkirk is a Syncopy Production.

Lake Bell's I DO… UNTIL I DON’T Starring Amber Heard, Chace Crawford Opens This Weekend | Trailer