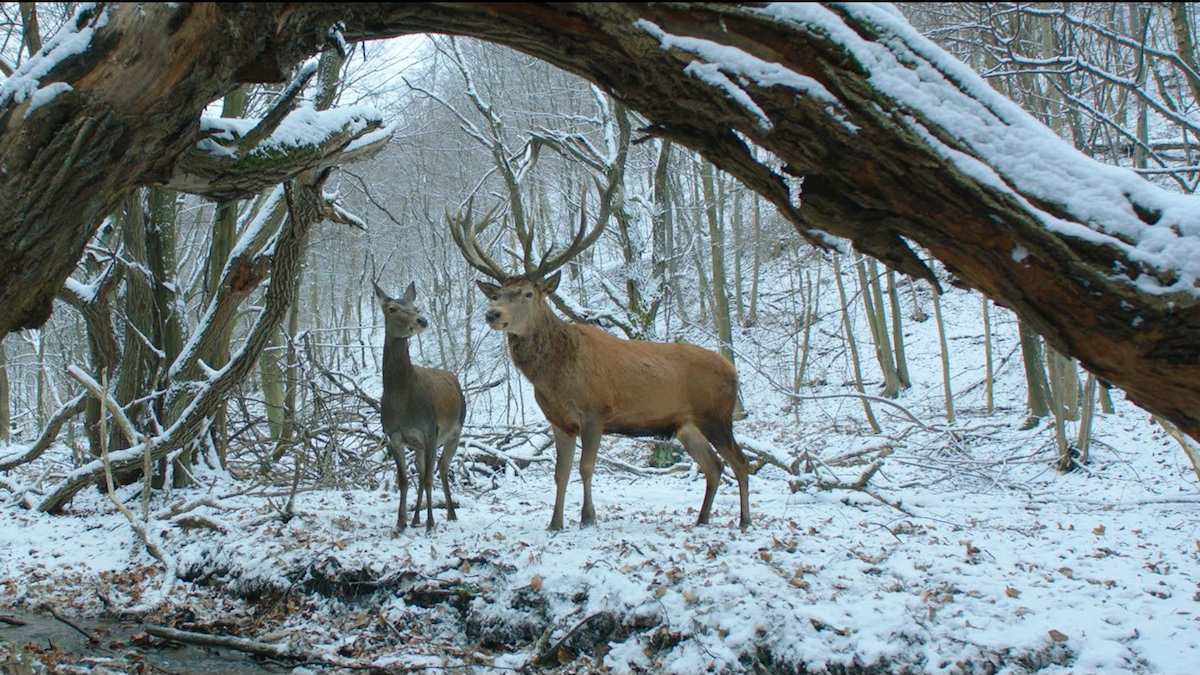 On Body and Soul (Testről és lélekről) directed by Ildiko Enyedi has been selected by the Hungarian Oscar Selection Committee to represent the country in the best foreign-language film category at the 2018 Oscars.

The film premiered at the 2017 Berlinale earlier this year, where the int’l jury headed by Paul Verhoeven awarded it the prestigious Golden Bear. On Body and Soul won the FIPRESCI Prize, the Ecumenical Jury Prize, the Berliner Morgenpost’s Reader Jury Prize in Berlin as well, and the Sydney Film Festival competition in June.  Ildikó Enyedi became the first woman director to win in the 10-year history of the Sydney Film Festival competition for “courageous, audacious and cutting-edge” cinema.

Endre (Géza Morcsányi) and Maria (Alexandra Borbély) work at a slaughterhouse. He is the financial director, she the new quality inspector. By day, their urban workplace houses scenes of animals being slaughtered — and Enyedi does not shy away from the carnage. By night, they dream of the same pastoral scene in which deer rub against each other in the snow. Endre is mild-mannered, while the OCD-afflicted Maria is nervous and introverted. In everyday life, these two can’t quite connect, then a company psychiatrist realizes that they see identical images during sleep. Should these subconsciously kindred coworkers commingle in their waking hours? Or are they better off resigning themselves to being lovers only in dreams?

On Body and Soul will have its North American premiere at the 2017 Toronto International Film Festival.

MEDUSA Trailer. Brazilian Cult Drama by Anita Rocha da Silveira Opens in US in July
FROM WHERE THEY STOOD Trailer. Christophe Cognet's Documentary Tells the Story Behind the Photos Taken in Concentration Camps
BOTH SIDES OF THE BLADE Trailer, Juliette Binoche is Caught in a Love Triangle in the French Romantic Drama
Academy to Honor Michael J. Fox, Euzhan Palcy, Diane Warren and Peter Weir
MY DONKEY, MY LOVER & I Trailer. Zany French Road Comedy Starring Laure Calamy Opens in US Cinemas in July
INU-OH Trailer. Musical Animated Film by Masaaki Yuasa Opens in US in August
Share ...