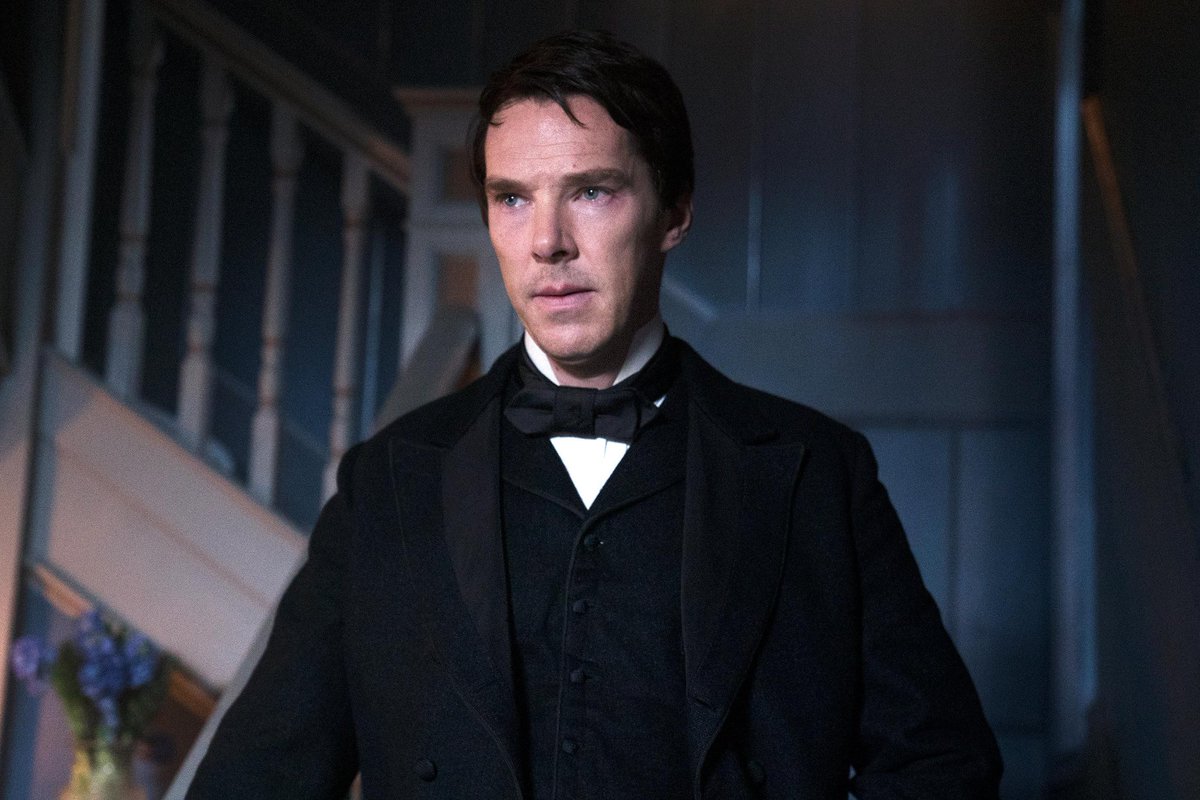 The Weinstein Company has released the first trailer for The Current War, in which Thomas Edison (Benedict Cumberbatch) and George Westinghouse (Michael Shannon) risk everything in a pitched battle to decide who will light America and usher in the new century. The film directed by Alfonso Gomez‐Rejon will open in theaters on November 24, 2017.

Starring Benedict Cumberbatch as Thomas Edison and Michael Shannon as George Westinghouse, The Current War is the epic story of the cutthroat competition between the greatest inventors of the industrial age over whose electrical system would power the new century. Backed by J.P. Morgan, Edison dazzles the world by lighting Manhattan. But Westinghouse, aided by Nikola Tesla, has seen fatal flaws in Edison’s direct current design. Igniting a war of currents, Westinghouse and Tesla bet everything on risky and dangerous alternating current. Directed by Alfonso Gomez‐Rejon (Me and Earl and the Dying Girl) and written by playwright Michael Mitnick (Sex Lives of our Parents), The Current War also stars Katherine Waterston, Nicholas Hoult, Tom Holland, Matthew Macfadyen, and Tuppence Middleton.