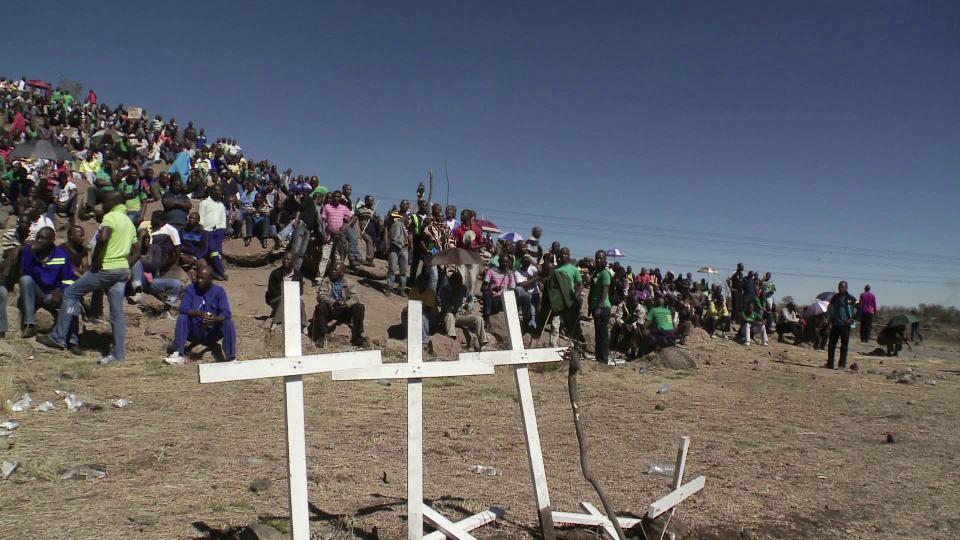 Black Lives Matter is a documentary on the tens-of-thousands of miners working and living in abysmal conditions across South Africa.  The film has been selected to screen at the Montreal International Black Film Festival, and has been nominated in the Best Documentary Feature Category.

The film that screened last year at the Durban International Film Festival puts the Canadian based mining firm Ivanhoe in the spotlight, taking the Marikana Massacre as its starting point, but digging deep into the history of the mining sector as well as the political backstory that led up to the tragedy.

Director Joseph Oesi, a South African filmmaker and TV journalist, was moved to produce the film after witnessing the devastating events of August 16th 2012 play out on TV screens across South Africa and the world. He explains his motivation for making the film, “South Africa has certainly set a course, fueled by a betrayal to the original course set by the original struggle heroes and to the Freedom Charter. Mining, at the heart of the country’s economy, has underpinned the course in the interest of big business. In essence the struggles, sufferings from Colonialism and Apartheid still persist in modern day South Africa to the disappointment of the vast majority.”

Black Lives Matter, powerfully demonstrates that even since this defining moment, nothing has changed for most miners, and mining communities across South Africa. Oesi explains the message of the film further, ““Black Lives Matter explores how the mineral wealth, rightfully belonging to the people of South Africa, has been sold to capitalist interests for the enrichment of a few elite and at the expense of the country. It also shows how traditional communities have been divided by this process. The corruption at all levels of society impacts not only on the moral fabric of our society, but also on the working class poor.”

In South Africa, 22 years ago, the African National Congress came to power. This, many believed, would signify an end to racism and oppression, and our people would prosper. But today inequality and economic disempowerment are still rife. The corruption and power grabbing at all levels of society impacts not only on the moral fabric of our society but, more importantly, on the working class poor.

The massacre of 34 striking mineworkers at a mine called Marikana brought these issues into sharp focus. Now, in an area called Mokopane in South Africa’s Limpopo province, tensions between the community and the mining companies, and communities and their traditional leaders, seem set to explode, with equally dire consequences. Black Lives Matter explores how the mineral wealth, rightfully belonging to the people of South Africa, has been sold to capitalist interests for the enrichment of a few elite and at the expense of the country – and how traditional communities have been divided in this process.

This film takes us on a journey through three rural communities – the Mogales, the Kekanas, and the Mapelas. What they have in common is that the richest platinum bearing reef in the world runs underneath their land – and that international mining companies have made dubious deals with traditional leaders whose very legitimacy is questioned by the communities they supposedly serve.