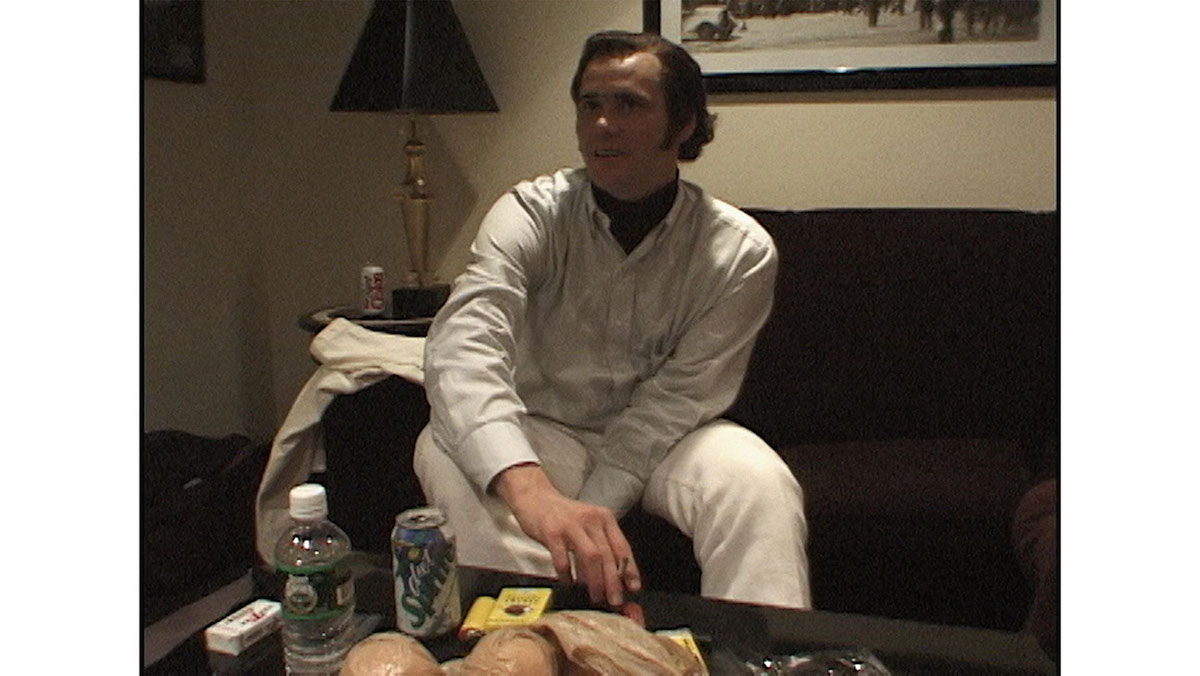 In 1999 Milos Forman cast Jim Carrey to play cult comedian Andy Kaufman in his biopic Man on the Moon. What followed was an intensely bizarre and emotional film production. Surrounded by Kaufman’s friends and family on set, Carrey thoroughly “became” Andy and, alternately, Tony Clifton, Kaufman’s obnoxious lounge singer alter ego. Much like Kaufman’s comedy, Carrey’s acting took on a performance art quality during the film. He never broke character on set, the cast and the crew referred to him as either ‘Andy’ or ‘Tony’ depending on who he was embodying (he had created complete and separate identities for each).

Jim Carrey earned critical acclaim and a Golden Globe for the performance, but many of the production’s most Kaufmanesque moments played out behind the scenes, thankfully captured on video by Andy’s former girlfriend, Lynne Margulies and former writing partner, Bob Zmuda. In Jim & Andy, Carrey looks back at the resulting footage 18 years later, reflecting on how he and Andy came up in oddly parallel universes, his experience channelling Andy and Tony and more broadly the spiritual journey of his career.