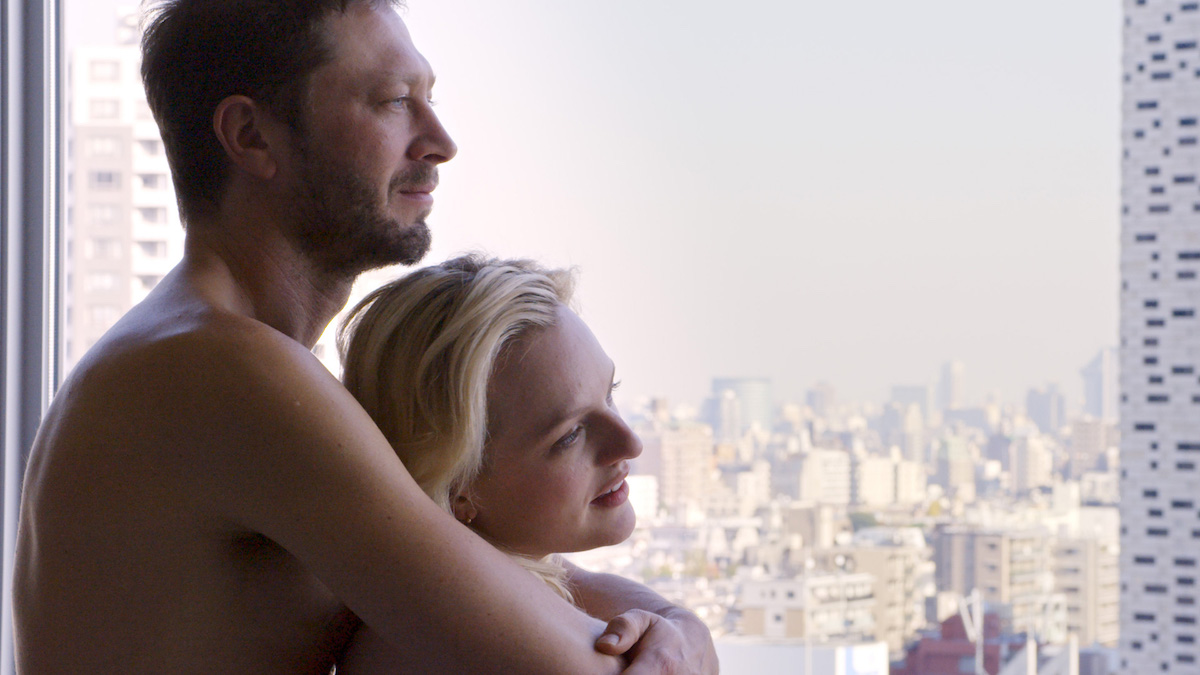 The short film “Tokyo Project,” starring Elisabeth Moss, Ebon Moss-Bachrach and Shu Kakizawa, explores a mysterious romance between two strangers. The film, written And directed By Richard Shepard, had its world premiere at the 2017 Tribeca Film Festival, and will debuts Saturday, October 14, on HBO.

Sebastian (Ebon Moss-Bachrach) is on a business trip to Tokyo. Handsome and hip, he represents a high-end Brooklyn men’s grooming product company that has been successful in Japan. But there’s a sadness in Sebastian that’s not hard to notice, a past that’s haunting him. He’s also a film nerd, fascinated by Tokyo’s visual splendor and its rich cinematic history. Sebastian is also fascinated by Claire (Elisabeth Moss), a beautiful and mysterious woman he keeps running into, first at a noodle shop, and later at a hidden jewel of a sake bar.

There’s clearly something between them. Claire is a photographer, and roams the rich streets of this amazing city in search of images that will linger. Like Sebastian, there’s more to her than meets the eye – a haunted sadness that proves an undeniable attraction for him. “Tokyo is a city of ghosts,” she says.

Out with Shu (Shu Kakizawa), his local business partner, Sebastian reveals what is haunting him. He and his wife lost a child, and many months later are barely hanging on as a couple. Shu jokes that after all this time Sebastian should have an affair with a stranger. “It’s easier with strangers. No history,” Shu says. His idea lingers in Sebastian’s mind, as he’s already intrigued with Claire.